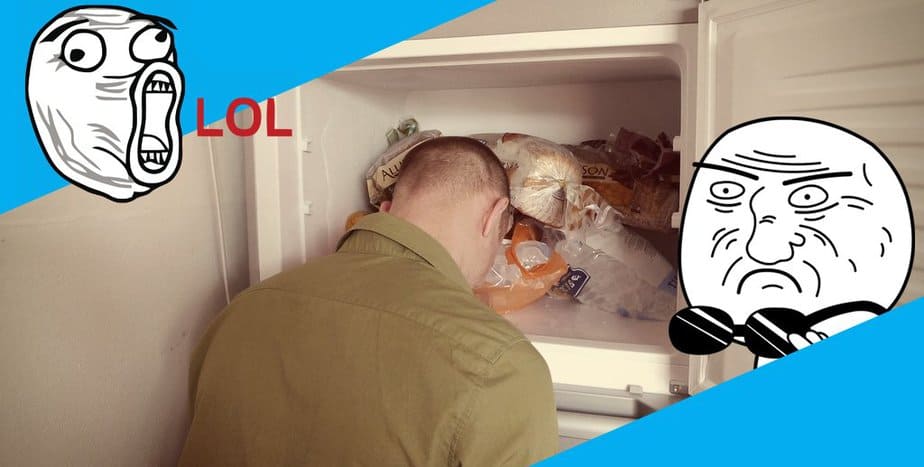 One of the craziest search queries you can start at Google is to enter the number 241543903. If you click on the picture search, you will see numerous photos of people who put their heads in the fridge. The number of photos is so high that it is impossible to be a coincidence. We explain why these results exist.

A quick experiment shows: if you enter the magic code “241543903” into the Google search engine, you are shown numerous pictures of people sticking their heads into a refrigerator. It seems like one of the many Easter eggs that Google has integrated into its search engine. But in this case, the developers in Mountain View had nothing to do with the phenomenon.

This project is the brainchild of New York artist David Horvitz, who in 2009 had launched a call for a fun little project. He published a photo on Flickr named “241543903” that showed him putting his head in the fridge. At the same time, he called on others to do the same and to name their own images with the same meaningless sequence of numbers. His goal was to play a trick on Google so that every search for “241543903” would only show heads in refrigerators – and his plan actually worked.

Read More: Why Hyperlinks are blue

A few days later, several thousand users followed his call and posted pictures of themselves putting their heads in a fridge on the Internet. The hype lasted until about 2010 and resulted in thousands of pictures on the web. To this day, Google continues to register new images on the subject, as Google Trend data show.

The experiment, therefore, demonstrates how easy it is to influence Google and how quickly new terms can be added to the search index. At the same time, however, you can also see how quickly the Internet community can be inspired by any nonsense. Although the campaign is funny, perhaps the effort would have been better invested elsewhere. By the way, Google offers many such little surprises. Whoever wants to improve his or her knowledge of animals should definitely run a search for “animal sounds” sometime.