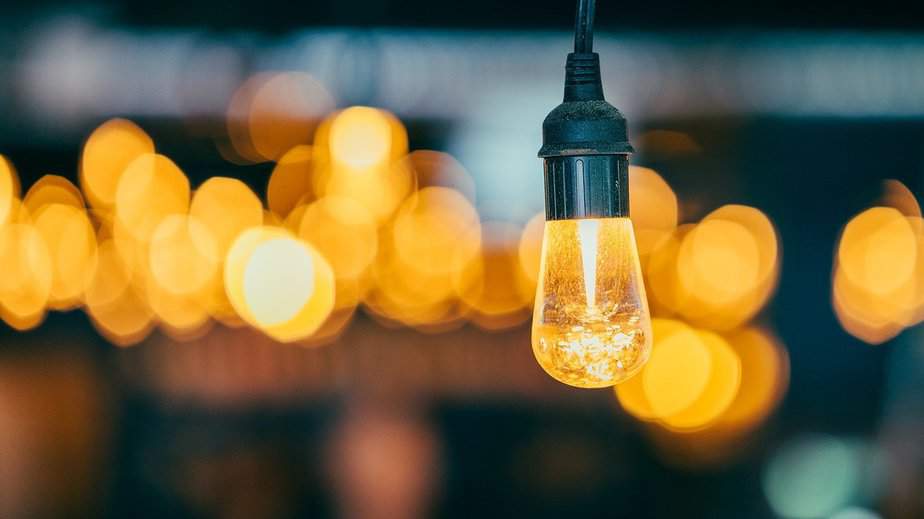 Looking for 100 incredible interesting facts which are so simple yet unbelievable? Then don’t stop reading because this is exactly what you will get here. We try our best to present you the most interesting and unbelievable facts you have ever heard about.

100 Interesting Facts Just For You

1. Each year a lying competition takes place in England. Participants have to tell a made up story for five minutes. To be “fair”, politicians and lawyers are not allowed to participate.

2. In 2010, General Electrics made profits of 14 billion dollars and paid not a penny in taxes.

3. As the water of a coconut is isotonic and sterile, it is used as saline solution in underdeveloped countries.

4. In the history of Mexico, on one occasion, there were three presidents on one day.

5. There are just two people who know the recipe for Coca Cola. For this reason they are not allowed to be in a plane at the same time.

6. Cats have 32 muscles to move their ears. In comparison, humans only have six muscles in their ears.

7. In India, forest workers wear masks with a picture of a human face on their back of the heads so that they are not attacked by tigers.

8. Female skunks are able to influence the development of their embryos, in order to delay birth in times of food shortages.

9. In 1990, the Michigan police organized a wedding of two of their undercover agents. Numerous drug dealers have been invited and were arrested during the wedding ceremony. (Source)

10. When the ninth symphony came out, Beethoven had already become deaf and could not hear it anymore.

11. The first car accident with fatalities happened in 1896 at a speed of less than four miles per hour.

12. Instead of “LOL” people in France say MDR for “mort de rire”, which means laughing to death.

13. If a man would never shave his face, his beard would be approximately 30 feet long on the day he dies.

14. Most accidents at work happen on Mondays.

15. The average age of soldiers fighting in Vietnam was 19. During World War II it was 26.

20. The development of chemical drugs can be traced back to the Nazis. For example, scientists in the Third Reich discovered an active substance that helped soldiers to march 55 miles without stopping. Isn’t that unbelievable? Make sure to read this article we wrote about that fact.

21. The sign on the entrance of the town Kurt Cobain was born in, reads “Come as you are”.

22. Corals are chemically so similar to human bones that they are used to treat fractures.

24. People in Norway who own electric cars, are allowed to park everywhere for free, do not have to pay for the ferryboat and can drive in the bus lane.

25. Most suicides happen on Mondays.

26. The oldest bar in Ireland, which still exists, was opened 900 years before Christ.

27. Statistically, most cars are stolen on New Year’s Day.

30. The designer Ko Yang has invented a milk package that changes its color when the milk begins to spoil.

31. NASA plans to grow crops on the moon in the next six years.

32. Annually, more people die from being hit by a champagne cork than from the bite of a venomous spider.

33. The most common fracture in the human body is the collarbone.

35. In 2006, scientists officially declared that the egg came first, not the chicken.

36. The weirdest things that have been found in food sold by McDonald’s are: bandaging material, the head of a chicken and a dead rat.

37. In 1893, a U.S. citizen made an application to change the name of the country to “The United States of the Earth”.

43. During the day, clouds fly higher than during the night.

44. During a press conference in the 70’s a reporter asked Stevie Wonder, what it was like being born blind. He answered “It could have been worse. I could have been born black.”

45. A study came to the conclusion that women are more attractive to men when they do not use make-up.

46. Most people are born in August.

47. In Iceland, Greenland and the Antarctic there are no ants.

48. One gram of DNA contains as much information as could be stored on 600 billion traditional CDs.

49. The medicine Imatinib is used to treat leukemia and costs 65,000 dollars for a year’s supply. In India the same medicine is available for 2,500 dollars a year, because the pharma company could not patent it there.

50. Leonid Rogozovy is the only human to do an appendectomy with local anaesthesia on himself.

51. The shortest commercial flight lasts only 47 seconds and brings people in Scotland from the Westray Island to Papa Westray Island.

52. Nothing is an uninhabited town in the U.S. state of Arizona. There is nothing but a gas station and a garage.

53. The “Medical Students Disease” describes the phenomenon of medical students suffering from the disease they recently have learned about in class.

54. The least people are born in February.

55. According to estimates, the iPhone is the most profitable product in the world. About 50 percent of the selling price is Apple’s profit.

56. McDonald’s earns 8.7 billion dollars a year though franchise revenue only. That is more than the gross domestic product of Mongolia.

57. To avoid baggage fees, a man from China wore 70 items of clothing on his body.

58. Adolf Hitler was nominated for the Nobel Peace Prize in 1939.

59. The DNA among humans differs by just 0.1 percent. In comparison, a chimpanzee is genetically different from humans by 1.2 percent.

60. The human circadian rhythm is better suited to life on Mars than on Earth.

62. The two oldest cats in the world reached an age of 34 and 38. Both belonged to the same owner. She exclusively fed her cats bacon, eggs, broccoli and coffee.

63. More people know the logo of McDonald’s than the Christian Cross.

64. The national animal of Scotland is a unicorn.

65. Panama is the only country in the world in which the sun rises above the Pacific Ocean and sets over the Atlantic Ocean.

66. The cousins of Sailor Moon are Sailor Uranus and Sailor Neptune.

67. To protest against mechanization during the Industrial Revolution, workers threw their wooden shoes – called sabots – into the machines. This is how the word “sabotage” was born.

68. A study concluded that people with a lower IQ more frequently tend to be more homophobic and racist than people with a higher IQ.

69. The likelihood of dying in your cab on the way to the airport is higher than to die on your flight.

70. The astronomer Eugene Shoemaker is the only human whose ash was transported to the moon after his death.

72. Jim Cummings, the voice of Winnie Pooh in the U.S., regularly calls seriously ill children in hospitals and talks to them in his Winnie Pooh voice to delight them.

73. Robert Lane named his two sons “Winner” and “Loser”. Winner Lane turned criminal, while Loser Lane had a successful career at the NYPD. If you want to learn more about that story make sure to read the article we wrote about that topic.

74. Koala bears hug trees to cool down on hot days.

75. In 2011, scientists flew 100 paper planes from a height of 23 miles above Germany. Some of these paper planes have been found in Canada, USA, Australia and South America.

76. When the first railroads started to operate, doctors warned of health effects, such as in the brain. This was due to its high speeds of up to 19 miles per hour.

77. According to a survey from 2008, about 58 percent of British teens believed that Sherlock Homes really existed.

78. In the early 50s a “Blow Job” described the bang when breaking the sound barrier.

79. The two most common reasons for a bad temper are hunger and insufficient sleep.

80. Most books stolen in German universities are legal books. The second most commonly stolen books are books with a theological background. That’s very impressive, isn’t it? If you want to read more facts like this make sure to read our article about 42 facts about Germany.

82. In Spain there is a comedy club in which you pay per laugh.

83. At a height of almost 12 miles and above the air pressure is so low, that water in your body would vaporize due your own body temperature.

84. In Norway, you pay half the amount of normal tax in December, to have more money for Christmas.

85. Because of a reduction in the emission of greenhouse gases, scientists predict that the ozone hole will close in 2075.

86. When Google shut down for five minutes in 2013, the world internet traffic decreased by 40 percent.

88. In Cambodia you can buy pizzas with marijuana as a topping. It is called Happy Pizza.

89. NASA claims it will be able to answer the question if we are alone in universe in the next 20 years.

91. In terms of the level of medical accuracy, Scrubs is the best medical television series in the world.

92. Ransom payments to abductors can be written off as taxes in Germany.

93. Jonah Falcon has the biggest penis in the world. It has a length of almost 14 inches.

94. Family Guy is the first television series which, after being cancelled, came back to TV, because the DVD sales were so high.

96. At Starbucks “laughing” is part of the job description.

98. The most common first name in Italy is Russo.

99. Neither Hollywood nor Bollywood produced the most movies per year. It is Nollywood in Nigeria, where about 2,000 movies are finished a year.

We publish such amazing facts on social media every day so make sure to follow us. We are also happy about every interesting fact that you know and that we have not published yet on our website. So write us if you are aware of any unbelievable facts which we should post on Only Fun Facts.