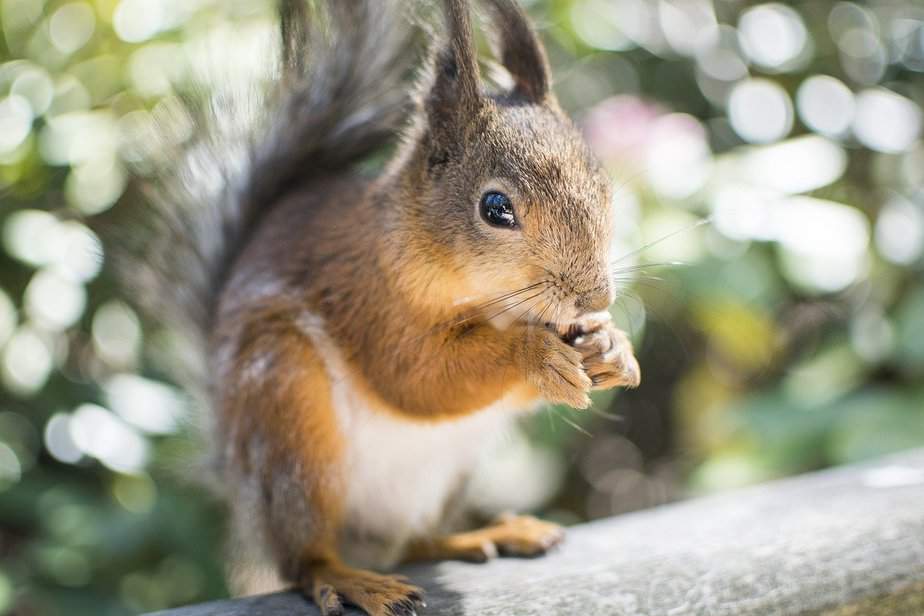 We have 5 insane facts about animals for you we definitely need to share with you. Do you know what the most poisonous animal in the world is or have you ever heard about the richest cat in the world? We will tell you all the stories behind these unbelievable facts but see yourself.

Fact 1: In Italy, a woman bequeathed her entire fortune of around eleven million euros to her cat.

The animal rights activist Assunta C. was born in 1917 in the beautiful city of Potenza in the even more wonderful country of Italy. And because the nice lady loved animals so much, she naturally also had her own pet – the little tomcat Tommasino.

Tommasino had a wonderful cat life. Every day, he got as much food as he liked, and every night he was allowed to sleep in his owner’s bed. However, there was no way the little cat could have imagined what a future awaited him.

In 2009, cat lover Assunta C. wrote her last will and testament. As she did not have any children, she made her little cat the sole heir to her impressive fortune of eleven million euros. After Assunta C.’s death, the cat received cash as well as a villa and two apartments in Milan and Rome – and even entire estates in Calabria.While such a thing would not be possible in Germany, the Italian law explicitly permits the possibility of bequeathing one’s fortune to an animal. So the problem with this bizarre approach was not in the legal area, but rather in its implementation. How should a cat manage several houses or

Fact 2: A type of jellyfish called the “sea wasp” is the most poisonous animal in the world.

By far the most poisonous animal in the world is the sea wasp. Its poison could kill up to 250 people and with this superlative even made it into the Hollywood movie “Seven Lives” with Will Smith.

The Pacific Ocean is home to this jellyfish species which kills about 5,500 people every year with its enormously potent poison, because if there is contact between the animal and a human, things quickly become dangerous. If you touch even one of the up to 60 tentacles, which can be up to three meters long, the threads of the 5,000 nettle cells burn their way into the skin and start releasing the toxin. The result is a paralysis of the muscles – including the heart – and the respiratory system. The victim dies within a few minutes in terrible pain.

Fact 3: In order to better investigate the effects of a black widow’s poison, the scientist Allan Walker Blair voluntarily let the dangerous spider bite him.

What actually happens to the human body when it is bitten by a black widow? This is one of the most poisonous spiders in the world, which is why Allan Walker Blair asked himself this question in 1933. His search for an answer led him to conduct a self-experiment. He put his body at the disposal of science and let a black widow bite him for ten seconds.

The scientist’s result was clear. Already after a few minutes, Allan Walker Blair found it difficult to breathe and suffered severe cramps all over his body. In such a moment, common sense would normally dictate that you seek out a doctor immediately, but in the name of science, Allan Walker Blair continued to torture himself for several more hours with the Black Widow’s poison in his body. When his blood pressure dropped sharply, however, and he began to faint, he had himself taken to hospital.

Once there, however, he at first kept the black widow’s bite a secret and thereby persuaded the doctor to perform an electrocardiogram on him. He was later able to compare this with an electrocardiogram taken before the bite and discovered that his heart continued to beat relatively evenly despite the spider bite. Apart from that, the results of the experiment were very clear. The bite of a black widow is very dangerous to humans and without treatment leads to death.

Fact 4: The spider silk produced by “darwin’s bark spider” is the toughest biomaterial in the world – more than ten times stronger than a comparable kevlar strand. In addition, the spider builds the largest webs in the world.

Madagascar is home to a tiny spider that spins the world’s largest webs. “Caerostris darwini” was first discovered in the Andasibe-Mantadia National Park, and with a size of 17.9 to 22 millimeters is anything but huge. For comparison: the largest spider in the world measures up to 40 centimeters. The animal is hardly noticeable, not only because of its small body size, but also because Darwin’s bark spider – as it is more commonly referred to – perfectly adapts to the coloring of tree trunks.

But the small animal’s webs set records of their own. Because Caerostris darwini produces the toughest biomaterial that has ever been studied. The fine spider silk is ten times stronger than a comparable Kevlar strand. To help you imagine this in practice: You can actually hang a pair of sunglasses from a single thread without tearing it.

The strength probably developed because Darwin’s bark spider chose unusual hunting grounds: rivers and river banks. It spins nets that can measure up to 2.8 square meters. The anchor threads stretch across small rivers and can reach a length of up to 25 meters. But how does the little spider accomplish this feat?

To build a web, it positions itself on a higher point along the bank of a river. From there, it simultaneously sprays several unbelievably long threads out over the river from its backside, and the wind usually carries the light material to the other side of the river where it ultimately gets stuck. Once the first string is attached, more and more follow, piece by piece creating a gigantic round net in which all sorts of small insects that frequently swarm over rivers get caught up. Bon appétit!

For scientists, Caerostris darwini is particularly interesting because a synthesis of this spider silk would have many applications. Assuming that bulletproof vests were made from this material, they would not only be lighter, but also stronger. Perhaps one day we will find out how Darwin’s bark spider produces its coveted silk.

Fact 5: A bite of an inland taipan – the most poisonous snake in the world – injects enough poison into the victim to kill over 230 people.

Everyone knows the movie about the giant man-eating snake Anaconda. But it poses a far smaller danger than its fellow species, the inland taipan.

Its poison is 50 times as strong as that of a cobra, and a single bite with its teeth, which can be up to six millimeters long, injects the victim with enough poison to kill over 230 people. The snake is native to the western part of the Australian state of Queensland and can grow up to 2.5 meters in size.

Luckily, the animals are rather shy and only attack in case of danger if no escape is possible. So if you encounter an inland taipan, you should back away as calmly as possible. In the event of an attack, however, pain and swelling occur at the bite site, followed by blood coagulation disorders, nausea, unconsciousness, kidney failure and, ultimately, death.

How did you like our 5 facts about animals and the stories behind them? What was the most surprising fact for you and which fact did you already know? Do you have a favourite animal? Tell us your opinion down in the comment section and let us discuss.