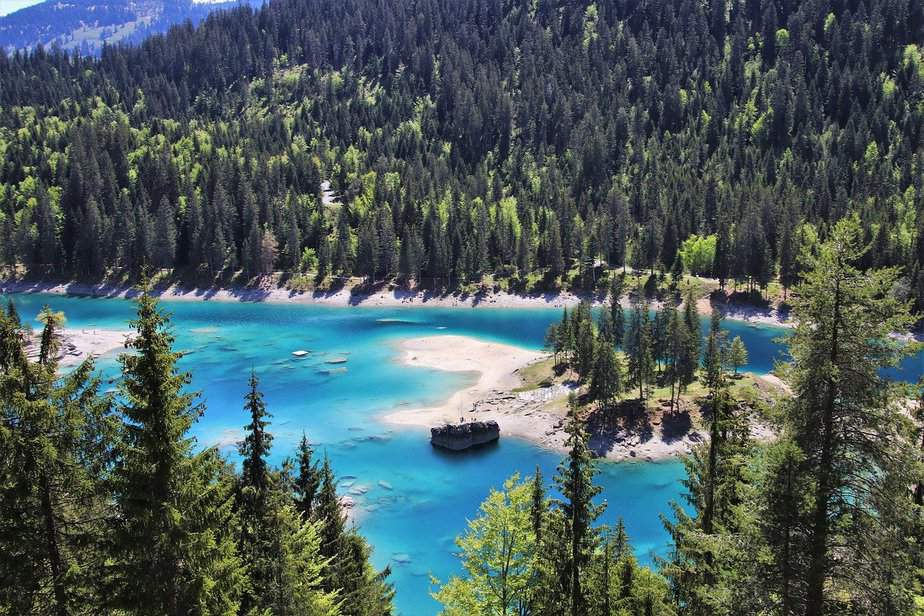 Interested in 5 fascinating facts which are all unbelievable but true? We tell you the amazing stories of Rory Curtis, Wendy Rybolt, the Island of Yap and much more. But see yourself.

In 2014, Englishman Rory Curtis woke from a coma and thought he was the actor Matthew McConaughey.

The life of Rory Curtis, a British 25-year-old, changed dramatically from one moment to the next. A truck rammed into his car, causing a traffic accident which involved six vehicles and resulted in severe head injuries to Rory Curtis. Since it took the fire department more than 45 minutes to rescue him from his vehicle, medical attention almost arrived too late. Rory Curtis fell into a coma, but fortunately he woke up after only six days. But nobody could believe what happened next. The moment he regained consciousness, he thought he was Hollywood star Matthew McConaughey. To this day, doctors still cannot explain why he thought this and why it was Matthew McConaughey in particular.

When he later looked in the mirror, he was confused about his actual appearance. As a matter of fact, he could hardly wait to go off and make movies again. But then it dawned on him that something couldn’t be right. So he accepted that it was probably a consequence of the accident, and after a few weeks his personality disorder was gone again.

After a school class from Sarajevo had taken a field trip in 2014, it was discovered that seven girls were pregnant. To this day, the question of paternity has not been conclusively resolved.

It was supposed to be a normal school trip the 13- to 14-year-old children of a school in Sarajevo in Bosnia-Herzegovina took in 2014. But after the children returned home from their five-day trip, the parents of seven girls would discover that their daughters were pregnant.

The parents of course were shocked by this fact. Since some of the girls apparently had sex with several boys during the school trip, the question of fatherhood could not be resolved conclusively. It is now known that all girls had abortions because they came from small villages and they did not want the reputation of their families to suffer from their carelessness.

It remains incomprehensible, however, how none of the teachers noticed anything. Obviously, they severely neglected their obligation to supervise the children, but the incident shows above all the continuing lack of sexual education among minors in Bosnia-Herzegovina.

As incredible as the case of the seven girls may be, teen pregnancies are not uncommon in Bosnia-Herzegovina. Last year alone, there were 31 underage girls in Sarajevo who gave birth to a child, and the number of unreported cases is much higher. The case made headlines in the country and started a heated debate about sexual education for young people.

In 2014, a woman was rescued from her burning house. When she noticed that her cell phone was still inside, she ran back into the house and died.

It sounds like a bad joke, but the incident that happened in the small village of Bartonville in Illinois is anything but funny. When a fire broke out at Wendy Rybolt’s house, she immediately called the fire department to be rescued. The rescue workers reached the fire quickly and were able to rescue both Wendy and her daughter unscathed from the flames. Outside and in safety – in a moment of calm – Wendy Rybolt realized, however, that she had forgotten her smartphone in the house and made a fateful decision.

Wendy decided to go back into the house to save her cell phone. The phone seemed to be too important to her to let it burn. When she was back inside, the fire brigade tried to rescue her from the burning building again, but it was already too late. Smoke and fire had spread too far into Wendy’s home, so that even the fire brigade could not do anything for her.

Wendy Rybolt died that day and left her daughter behind. Brian Fengel of Bartonville Police said about the incident itself that no one should ever sacrifice their lives for material things. Everything is replaceable – but a life is not. For Wendy, however, this advice comes too late. But her accident should serve as a reminder for our materially oriented society.

On the island of Yap in the Western Pacific, the islanders used stone wheels as a monetary unit for centuries. The largest stone wheel had a diameter of four meters and weighed more than five tons.

Yap is a small island in the Western Pacific, about 1,300 kilometers off New Guinea and is part of the Federated States of Micronesia. The islanders’ historical means of exchange has always been the Rai, a stone wheel of various diameters with a hole in the middle, allowing the owners to transport and exchange the stones with the help of poles.

But since the stone currency could have a diameter of up to four meters and a weight of up to five tons, it quickly became clear that such an alternative currency was quite cumbersome and cost-intensive to trade. Accordingly, the inhabitants of Yap Island came up with the clever idea that in an exchange transaction the stone does not actually have to physically change from one island inhabitant to another. Instead, everyone was satisfied with the consensual knowledge that the stone had changed hands.

So with every exchange, the stones remained in their original place, and only ownership changed. But since such payment is no longer timely, Yap now also has a “real” monetary currency. Nevertheless, it is still possible to pay with stone wheels on the island. However, their value has fallen considerably since more and more merchants have brought stones to the island to buy land from the inhabitants.

One of the original ingredients of Coca-Cola was cocaine.

The cult drink Coca-Cola was developed in 1885 and got its name from two important ingredients – cola nuts and coca leaves. In order to create the unmistakable taste of cola, the extract of the coca leaves was needed, so that it was inevitable that the drink would contain tiny amounts of cocaine. From 1929 onwards, however, no more coca leaves were used in preparing the drink. In addition, it should be noted that the cocaine content of a bottle of Coca Cola was so low that it would have had no influence on the consumer.

So how did you like our 5 fascinating facts? Did you already know one of them and which fact did you like most? Tell us your opinion down in the comment section.