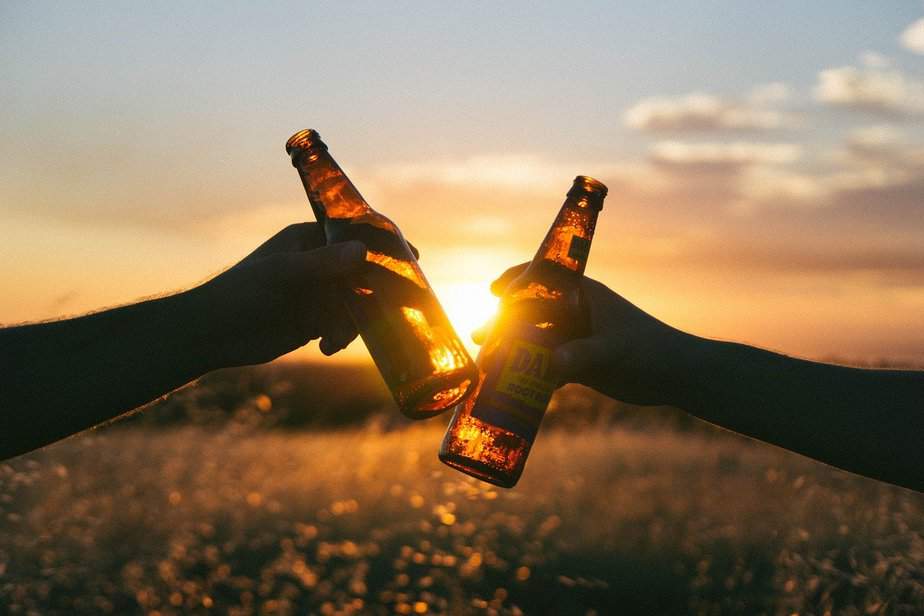 Beer is the third most popular drink in the world after coffee and tea, so we had to create a list of facts about this amazing alcoholic beverage. We hope you will like our beer facts as much as we do but please be reminded to always drink responsibly. If you like you can also subscribe to our Newsletter. The good thing about joining our Facts Club by subscribing to the Newsletter is that you will get our 500 best fun facts as a free eBook so do not hesitate to click on that link. And now enjoy our 27 facts about beer.

1. “Snakes Venom” is the strongest beer in the world with an alcohol content of 67.5 percent. It contains more alcohol than whiskey.

2. Joan Evans holds the Guinness World record for most pints of beer stacked on one’s head. He was able to balance 237 pints of beer atop his head.

3. Finland has hosted the official “Wife Carrying World Championship” since 1992. In this competition, men carry their wives as fast as possible over a long obstacle course. In the end, the winner receives his wife’s weight in beer.

4. The Weihenstephan brewery in Germany is the oldest beer brewery in the world. It has been in continuous operation since the year 1040. We also have many other facts about Germany here.

5. The Code of Hammurabi decreed that bartenders who watered down beer would be executed by being drowned in the beer they created.

6. In Argentina, major political parties have their own brands of beer. How about some facts only about Argentina?

7. The average Australian drinks 96 liters of beer each year. That’s about 192 bottles of beer for each adult.

8. In Africa you can get Banana Beer which is an alcoholic beverage made from fermentation of mashed bananas.

9. The best-selling beer brand in the world is a Chinese beer called “Snow”. It is sold only in China, but every year twice as many bottles are sold as the second most sold beer brand “Budweiser”.

10. Beer and all other alcoholic drinks with less than ten percent alcohol in were not considered an alcoholic beverage in Russia until 2013.

11. There is a beer brand called “Fucking Hell” named after the village of Fucking in Austria and the Austrian word for “pale” which is “Hell”.

12. In Australia, a hog stole 18 beers from a camping site, got drunk and then tried to attack a cow. Are you looking for more Australia facts?

13. In 1963, Albert Heineken, owner of the Heineken beer brand, created a beer bottle that could also function as a brick to build sustainable housing in impoverished countries.

14. Hans-Gunnar Liljenwall was the first athlete to be disqualified at the Olympics for drug use. During the Mexico City Olympics held in 1968 he drank two beers to calm his nerves before the pistol shooting event. Looking for more Sports Facts?

15. Cenosillicaphobia is the fear of an empty beer glass.

16. When Playmobil was launched on the market in the 1970s, a construction worker set was available that included a small plastic beer crate.

17. For a long time, it was tradition in Ireland that one liter of Guinness beer was given for each liter of donated blood.

18. It is a long tradition in Ireland to leave a bottle of beer at the front door for Santa Claus.

Read More: 250 Utterly Amazing Facts – One List To Rule Them All

19. In the Arabic versions of the cult show, Homer Simpson drinks water instead of beer.

20. In Austria you can swim in pools of beer.

21. Mexico is the world’s largest beer exporter. We also have an article only about Mexico facts if you are interested.

22. On the moon there is a crater called “beer” however it was not named after the alcoholic beverage but after German astronomer Wilhelm W. Beer.

23. When physicist Niels Bohr won the Nobel Prize, the Carlsberg Brewery gave him a house right next to the brewery with a beer pipe leading directly from the brewery into the house. Until the end of his life, Niels Bohr could drink as much beer as he wanted free of charge.

24. In the 13th century Pope Gregory IX decreed that baptisms by beer were invalid. Until that time this was common in some regions in Norway where clean water had not been available.

25. Beer was illegal in Iceland until 1989. Nowadays every year on March 1st Iceland is celebrating the beer day to honor the elimination of the 74-year prohibition of beer.

26. Before coffee became popular, beer was served for breakfast in the USA.

27. In 1954 Bob Hawke, the future prime minister of Australia, set the world record by drinking 2.5 liters of beer in 11 seconds.

What do you think about our 27 beer facts? How many facts did you knew already and are you aware of even more facts about beer you want to share with us? Just write us a message and we will add your facts to our list. If you like that article we would also appreciate if you would share it with your friends and family so that more people can read it. If you want even more facts like this just visit our section facts for our best facts lists and all the stories behind the facts. We also published some book with our most amazing fun facts so have a look if you are interested. You can of course also follow us on Instagram, Pinterest, YouTube, Twitter or Facebook for new facts and trivia every day. We are looking forward to meeting you there.