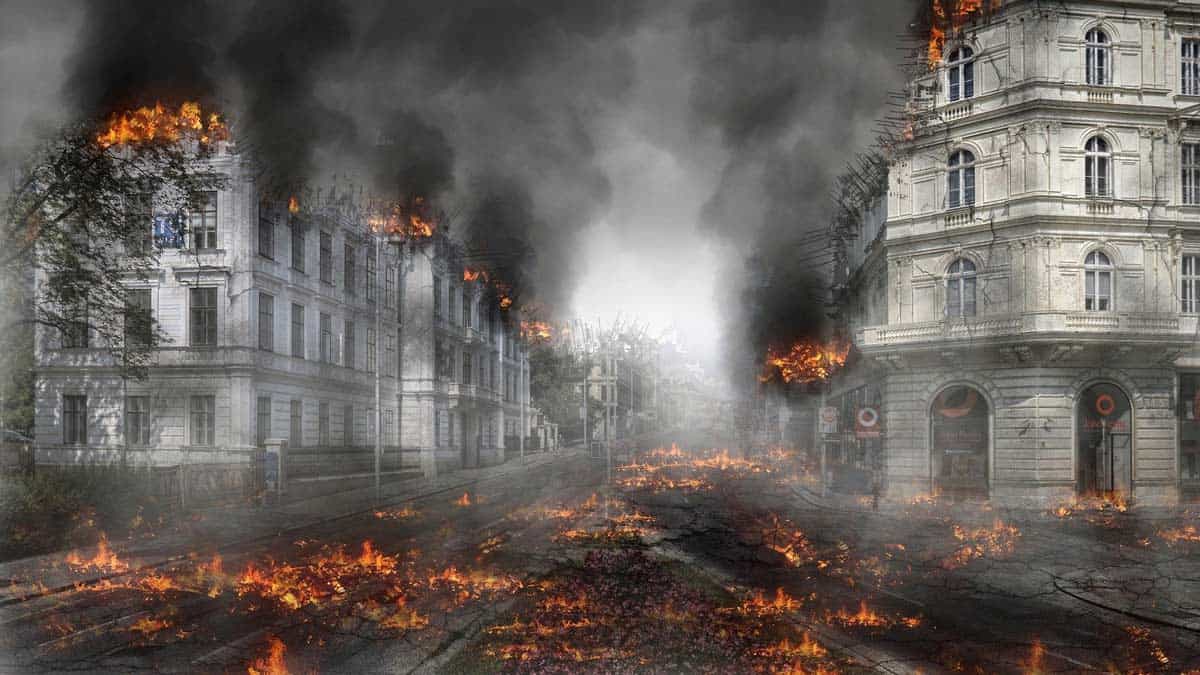 The Blitzkrieg was a strategy that Hitler used in World War II to attack his opponents as quickly as lightning and conquer their countries. Because this strategy was incredibly successful, he was able to bring large parts of Europe under his control. This is reason enough to share the most interesting facts about the Blitzkrieg with you.

1. The German Blitzkrieg in World War II began on September 1, 1939 with the unexpected invasion of Poland, which ended on September 27 with the capitulation of the Polish capital Warsaw.

2. An important factor in the success of the German Blitzkrieg strategy was the targeted deployment of the dive bombers Junkers Ju 87.

3. Blitzkrieg was not an invention of Hitler but was already proposed in the 19th century by Carl von Clausewitz.

4. Within the first six months of Operation Barbarossa, the Wehrmacht advanced from Poland to just outside Moscow. Around 16 million Soviet citizens had to be evacuated because of the Germans’ rapid progress.

5. The Russian winter was the Wehrmacht’s most effective opponent during the Blitzkrieg against the Soviets. Since Hitler did not expect a long battle, the soldiers were not prepared for the cold weather, so the tide turned with the cold snap. We have also written an exciting article with many more facts about Russia.

6. During the Blitzkrieg in World War II, the German infantry units were far superior to the enemy because they carried significantly more rifles and mortars and thus had much more firepower.

7. With the Blitzkrieg strategy, Hitler succeeded in the Second World War in bringing almost all of Continental Europe under the control of the Axis Powers within about three years.

8. Because the Wehrmacht overran the Benelux countries in its blitzkrieg against France, French and British soldiers were cut off from their comrades and pushed further and further towards the North Sea. From Dunkirk, some 330,000 soldiers were then evacuated in a spectacular rescue operation before the city was taken by the Germans.

9. Because the German Wehrmacht surprised its opponents with the Blitzkrieg, they often fled, so that the Third Reich was able to conquer countless heavy weapons.

11. Nazi Germany used Blitzkrieg as a reaction to the long-lasting and material-intensive trench warfare in World War I and because of its exposed position in the center of Europe.

12. The German Wehrmacht succeeded in conquering France, Belgium, and the Netherlands within only six weeks. Do you want to know more about France? Then take a look at our list of facts about France.

13. Although Nazi Germany and the Soviet Union had concluded a non-aggression pact, the Wehrmacht attacked the Red Army on June 22, 1941, on the flimsy grounds that the Soviets had previously violated the pact.

14. Although the German tanks were inferior to the models of the opponents, the tank units were able to win numerous victories in the Blitzkrieg. The Wehrmacht, in contrast to the enemy, used its tanks in a very concentrated manner.

What do you think of our facts about the Blitzkrieg? If you want to read more facts about the war, you’ve come to the right place. But we also have countless other facts about all kinds of topics. We have also published books with our most amazing facts, so have a look if you are interested. Of course, you can also follow us on Instagram, Pinterest, Twitter, YouTube, or Facebook to get new facts and information every day. We look forward to seeing you there.