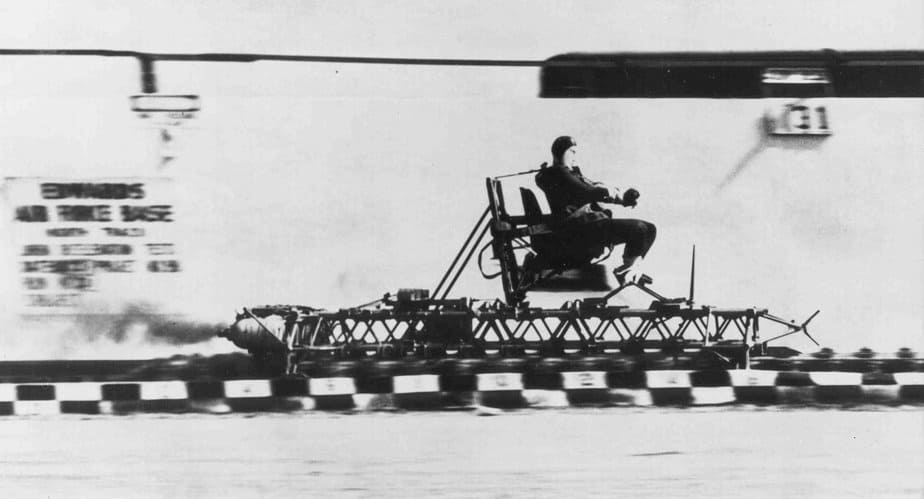 You know these boring records like who is the fastest or who can eat the most hot dogs in just one minute but we have the most craziest records for you, you won’t find anywhere else in the internet. Do you know how tall the largest living crab is or how many people the best sniper has killed during World War 2? We tell you and even more crazy records.

2. American Steven Pruitt has written over 30,000 articles on Wikipedia and improved over three million articles. This corresponds to about one third of all articles available on Wikipedia in English. In 2017, Time magazine therefore named him one of the 25 most influential people on the Internet, along with Donald Trump, J. K. Rowling and Kim Kardashian.

3. Anna Kopchovsky, the first woman to cycle around the world in 1894, had only learned how to cycle a few days before she set off. She covered the entire distance in 15 months and received a reward of 10,000 dollars.

Read More: Top 19 Things Most People Have Never Heard About!

6. Rome holds the world record for the city with most elevators.

7. The Italian “San Marino” is the oldest republic in the world.

9. No mammal can dive deeper than Cuvier’s beaked whale. A dive into the depth of the oceans can last up to 140 minutes and, according to measurements, reach a depth of 9,816 feet.

10. The world record for the most consecutive push-ups was set in 1980 by Minoru Yoshida from Japan who managed to do 10,507 in a row.

11. The Japanese giant crab is the largest living crab and can reach a span of up to 12.1 feet. However, the body has an average diameter of only 14.6 inches.

12. The Hercules beetle and the Titan beetle are the two largest known beetle species. Both grow to a length of up to 6.7 inches.

13. The credit for the loudest burp ever goes to Englishman Paul Hunn, whose burp on 23 August 2009 was measured at 109.9 decibels, which corresponds to the volume at a rock concert.

14. The highest waterfall in the world is Salto Ángel in Venezuela with a height of 3,212 feet.

15. With a height of 380.3 feet, the highest tree in the world is the sequoia “Hyperion” in the Redwood National Park in California.

16. With a maximum speed of 68 miles per hour, the marlin is the fastest fish in the world. For comparison, a cruise ship travels the seas at an average speed of 19 miles per hour.

17. With 133 days at sea, the Chinese Poon Lim holds the record for the longest time a shipwrecked person has spent alone on a raft on the high seas. During his time on the ocean, he even managed to kill a shark.

18. The Norwegian Hans Lengseth holds the record for the world’s longest beard. His beard had a total length of 17.5 feet.

19. Only two people have ever visited the lowest point on earth: the Mariana Trench. It is 36,201 feet below sea level. In contrast, twelve people have already been on the moon.

20. At a height of 2,717 feet, the Burj Khalifa is the tallest building in the world. Due to the skyscraper’s height, the upper floors of the building can swing back and forth by five feet in strong winds.

21. Eminem holds the world record for the most words in a song. At a length of six minutes and four seconds, the song “Rap God” has a total of 1,560 words, resulting in an average of 4.28 words per second.

22. Thomas Stevens is considered to be the first person to have circumnavigated the world on a bicycle. From April 1884 to December 1886, he rode around the globe on a penny-farthing. (Source)

23. Serbian flight attendant Vesna Vulović holds the world record for the highest fall a person has ever survived without a parachute. In 1972, an explosion occurred on an airplane, causing her to fall from a height of more than six miles. She was also the only person to survive the flight.

24. The largest playable violin in the world weighs 289 pounds.

25. Before American Kim Peek died in 2009, he was able to read a complete book in less than an hour and remember every detail. He was able to reproduce the exact content of over 12,000 books and was the role model for Dustin Hoffman’s character in the film “Rain Man”.

26. 27-year-old American Cassandra De Pecol is the first woman to travel to all the sovereign nations of the world. She managed to reach the 196 countries in less than 19 months and with that also holds the world record for visiting all countries of the world in the shortest amount of time.

27. Irv Gordon holds the record for the longest distance a person has ever driven in the same car. He bought a Volvo P1800 in 1966 and has driven more than 3,2 million miles since then.

28. In 2000, Michael Jackson was included in the Guinness Book of World Records as the most philanthropic musician of all time. During his career he donated more than 300 million dollars, and during his tours he visited hospitals and orphanages to give presents to the children.

29. For safety reasons, the Guinness Book of World Records does not accept record attempts on how long a person can stay awake. The last registered record dates back to 1964 and is eleven days and 25 minutes.

30. With a diameter of up to 6.6 feet and a length of up to 120 feet, the lion’s mane jellyfish is the largest jellyfish in the world. It is even longer than a blue whale.

31. With more than 500 kills, the Finnish soldier Simo Häyhä is the sniper with the highest number of confirmed kills in a war. He fought during the Second World War and killed mainly Soviet soldiers. The Red Army called him “The White Death”.

32. With 30 inhabitants, Hum in Croatia is the smallest city in the world.

33. Michael James Massimino, an astronaut who has made several guest appearances in “The Big Bang Theory”, was the first person to tweet from space.

34. Thioacetone is considered the world’s worst smelling chemical. According to reports, when parts of the substance were released from a production site in Freiburg in 1889, it was reported that within a radius of 2,460 feet passers-by suddenly had to vomit because of the unbearable smell.

35. The longest limousine in the world is almost 102 feet long and has 26 wheels. It is equipped with a king-size waterbed, a small helicopter landing pad and a swimming pool.

36. The Titanoboa was the largest snake to ever have lived. The 46-foot-long animal, which weighed more than 1.3 tons, haunted the Colombian rainforest some 60 million years ago.

37. The largest cinema in the world is the Kinépolis in Madrid, with a total of 25 different screening rooms and 9,200 seats.

40. With a height of 8.23 inches, Sultan Kösen from Turkey is the tallest man in the world. He has shoe size 62 and the distance from his wrist to the tip of his middle finger is 11.2 inches.

41. The shortest war in the world took place in 1896 between Zanzibar and the British. Zanzibar capitulated after only 38 minutes.

42. Walter Arnold was the first person to pay a fine for speeding. In 1896, he drove his car through a zone with speed restrictions at 7.5 miles per hour, clearly exceeding the speed limit of 1.7 miles per hour.

43. Jakarta is the fastest sinking city in the world. Every year, the ground sinks by up to ten inches.

44. Anna Bågenholm survived the second lowest body temperature ever recorded in humans. Due to a skiing accident, she was trapped in water under a layer of ice for 80 minutes. Her body temperature dropped to 56.7 degrees Fahrenheit. Although doctors believed her to be clinically dead, she survived the incident without further damage.

45. The longest “word” in the English language is the chemically correct designation of the protein “titin”. Titin is only the short form of the scientific name, which correctly begins with “Methionyl…” and ends with “…isoleucine”. The scientific name, however, consists of 189,819 letters and the pronunciation would take several hours, so that scientists only use the name “titin”.

46. Italian Frank Lentini was born in 1889 with three legs, four feet, 16 toes and two genital organs. Until his death he earned his living as a circus artist.

47. The record for the longest time between the birth of twins is 87 days. One of the children was premature, while the other remained in the mother’s womb until the regular birth.

Read More: 20 Lesser-Known Facts about Everything

48. The largest industrial accident ever happened on 16 April 1947 in Texas City. While cargo was being loaded, 2,200 tons of ammonium nitrate ignited on the ship Grandcamp in city’s port. The explosion was so massive that even at a distance of ten miles, people were knocked off their feet, and window panes burst as far as 37 miles away. 581 people died as a result of the explosion and over 8,400 people were injured.

50. John Paul Stapp was a Brazilian researcher who investigated the effects of speed and acceleration on the human body. During an experiment carried out in 1954, he accelerated to 632 miles per hour before braking completely in 1.4 seconds. During this experiment, he was subject to 46.2 times the force of gravity. To this date, this is the highest acceleration a person has ever voluntarily withstood.

51. Although for safety reasons there is no Guinness World Record for the fattest cat but it is assumed that a Siamese cat called Kaly from Russia would hold that title with its 50 pounds (23 kg). Are you interested in even more facts about cats? Just read our dedicated article about kittens here.

These have been our 51 most craziest records you will find nowhere else. Was there a record you liked most and which amazing fun fact about these records surprised you like nothing else? Tell us what you think and crazy records you know in our comment section down below. If you are looking for more such fun facts or other trivial information just have a look for our category Facts or follow us on Pinterest, Twitter, Facebook or Instagram.