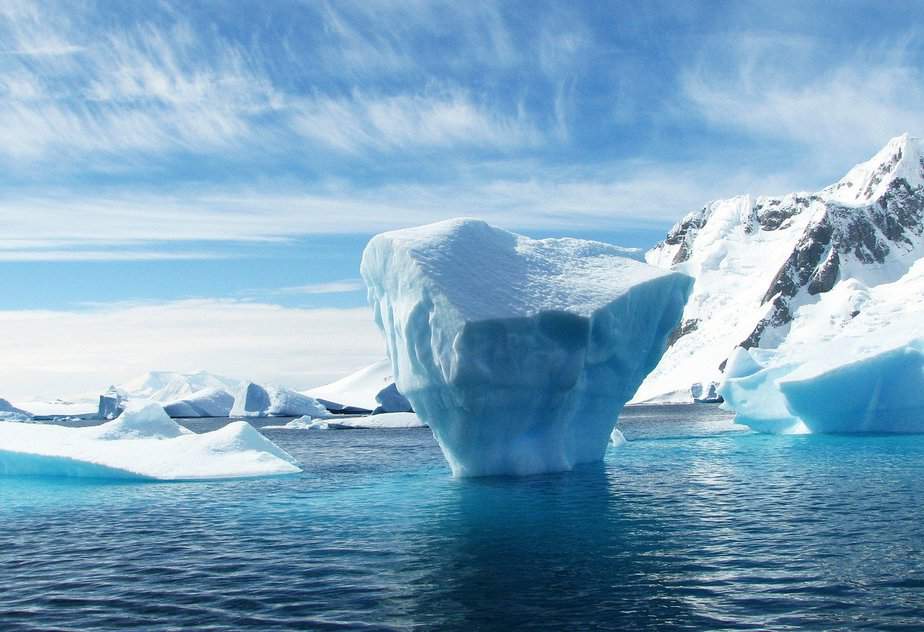 “You’re as cold as ice”! I’m not talking about a song from Foreigner but about the coldest place on earth: Antarctica. But this continent has much more to offer than just snow and rain. Actually, the last time it has rained in Antarctica was 2 million years ago. If you now want to learn more about that beautiful continent you should read the following 25 fun facts about Antarctica.

1. There are at least eight churches used for religious practice in Antarctica.

2. Mount Erebus in Antarctica is the southernmost active volcano on Earth.

3. After being hit by an avalanche, the arctic scientist Peter Freuchen freed himself by making a chisel from his frozen stool. After this, he amputated his frostbitten toes with a hammer.

4. The “Deep Lake” in Antarctica is so salty that even at a temperature of -20°C it does not freeze.

6. Marie Byrd Land in Antarctica and Bir Tawil, an area between Egypt and Sudan, are the only areas in the world that do not belong to a nation. These areas are therefore no man’s land.

7. Antarctica is about 1.3 times as large as Europe making it the fifth-largest continent.

8. 80% of the world’s freshwater reserves are stored in Antarctica although there has been no rain there for almost 2 million years.

9. The Argentinian Emilio Palma was the first documented person born on the continent of Antarctica. In 1978 his father was head of the Argentine Army detachment at the Esperanza Base in Antarctica and his mother was airlifted to that base, in order to complete her pregnancy there. Since then ten more people have been born in Antarctica however Palma’s birthplace remains still the southernmost.

10. The planet Uranus was discovered in 1781, while the Antarctic was not discovered until 1820. We also have many other facts about Uranus!

12. In Iceland, Greenland and the Antarctic there are no ants.

13. Antarctica is the largest desert in the world.

14. The continent with the highest average education level is Antarctica.

15. The largest land animal permanently living in Antarctica is only 0.24 inches long. It is the wingless mosquito species “Belgica antarctica”.

16. All time zones meet in Antarctica, so it is almost impossible to attribute an exact time to the place. Instead, the time of the country owning the respective research station is often used for simplification purposes.

18. Don Juan Pond in Antarctica is the saltiest body of water on earth. Its salt content is over 40 percent.

19. The “Antarctic Treaty” signed in 1961 stipulates that no country may exploit Antarctica economically or use it militarily. Instead, Antarctica is to be made available to all countries of the world for research purposes.

21. In December 2013, the dating app Tinder delivered its first match in Antarctica. It was between a scientist and a visitor who were only a 45-minute helicopter flight apart.

23. The word “Arctic” comes from Greek and means “bear”, while “Antarctic” stands for “opposite the Arctic”. By this, the Greeks wanted to express that the star constellations of the Big Dipper and the Little Dipper, call Big Bear and Small Bear in Greek, are visible in the northern hemisphere, but cannot be seen in the southern hemisphere.

24. The ice sheet of Antarctica is existing for at least 40 million years.

25. The island of Tasmania has the cleanest air in the world. The air is even as clean as Antarctica.

I hope you liked our 25 fun facts about Antarctica. If you want to read more like this you should also visit one of our other fact articles. We have plenty more of them which you can all find either in our general Facts section or in our section dedicated to facts about every country. Or just follow us on Facebook, Instagram, Twitter, YouTube or Pinterest for new facts each day.