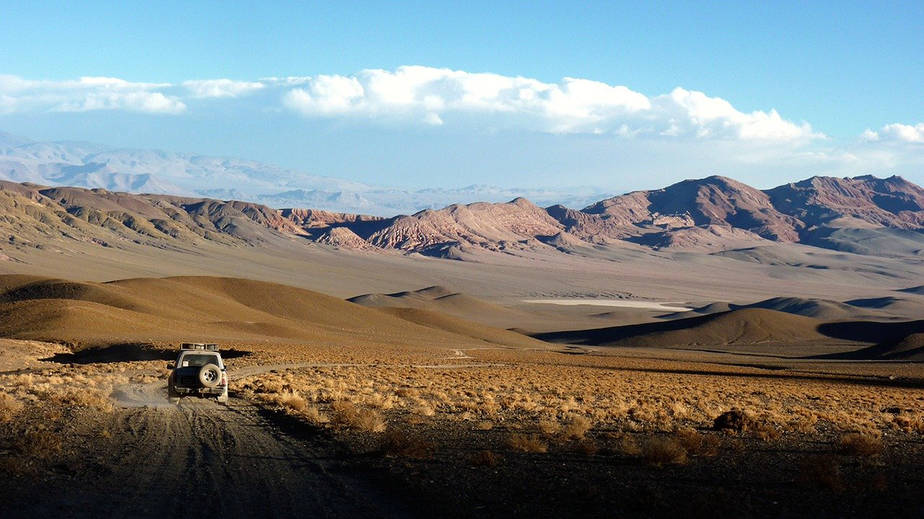 Argentina is one of the most beautiful country in the world, so we thought it is worth sharing some unbelievable fun facts about that Latin American country. When thinking about Argentina most people have images of couples passionately tangoing along cobbled streets in their mind but that’s not the whole truth. The country has so much more to offer so we hope that with our 25 incredible fun facts about Argentina we can share with you some curious bits of information that don’t usually get a mention in your average Argentina travel guide.

1. The Argentine lake duck has the longest bird penis ever measured. With up to 1.4 feet (40cm), it is almost as long as the bird’s body.

3. The longest street in the world connects Alaska with the south of Argentina. It has a length of approximately 18,641 miles and crosses 17 states, six time zones and four climate zones.

4. The name “Argentina” derived from the Latin word “argentum” which means silver. Early European settlers believed that the country was full of silver, and there even was a legend spreading in Spain about a mountain made of silver in Argentina.

5. Argentina is currently the third-largest beef exporter in the world after Australia and Brazil.

6. An Argentinian farmer honored the memory of his dead wife by creating a guitar-shaped forest.

9. Howler monkeys, found in Argentina’s rain forests, are widely considered to be the loudest land animal in the world. Their vocalizations can be heard clearly for 3 mi (4.8 km).

Read More: 30 Fun Facts About Brazil – All You Need To Know

10. During the funeral procession of Eva Peron in Argentina 8 people were crushed to death and 2000 people were injured.

11. Máxima Zorreguieta Cerruti, the Queen of the Netherlands is Argentinian.

12. In Argentina, major political parties have their own brands of beer.

13. The city of Ushuaia in Argentina claims to be the southernmost inhabited city in the world. Only Puerto Williams and Puerto Toro in Chile are more southern but do not have enough inhabitants to be considered as city.

15. Although his legacy is tied to his role in the Cuban Revolution, Ernesto “Che” Guevara was born in Argentina. Even his nickname “Che” derives from the Argentinian word “Che” which is usually said in Argentina to get the attention of the person you are talking to, similar to “right?” or “isn’t it?” in English. As Ernesto used this linguistic peculiarity frequently, he was soon only referred to as “El Che”.

READ MORE: 500 FUN FACTS ABOUT THE WORLD – THIS LIST IS INCREDIBLE

16. Argentina is the fifth largest producer of wine in the world.

17. The tango was created in Argentina.

18. Argentina is known for being the country with the most psychologists per capita in the world. It even has its own psychoanalytic district called “Ville Freud”.

19. The Argentinian Emilio Palma was the first documented person born on the continent of Antarctica. In 1978 his father was head of the Argentine Army detachment at the Esperanza Base in Antarctica and his mother was airlifted to that base, in order to complete her pregnancy there. Since then ten more people have been born in Antarctica however Palma’s birthplace remains still the southernmost.

20. Lionel Messi’s hometown in Argentina banned parents from naming their children “Messi” as it became too confusing for people and also the government with so many children already named after the soccer player.

21. With 673,238 registered Italians in 2018 residing in the country Argentina has the second largest Italian population outside of Italy. Read here even more Italy Facts.

23. The earliest plants to have colonized land have been found in Argentina. Scientists believe that these plants had appeared as early as 472 million years ago.

24. If you could dig a deep enough hole in China you would end up in Argentina.

25. The Perito Moreno Glacier in Patagonia, Argentina is the third largest reserve of fresh water in the world.

Did you like our 25 unbelievable fun facts about Argentina? If you like that article be sure to also visit one of our other fact articles. We have plenty more of them which you can all find either in our general Facts section or in our section dedicated for facts about every country. Or just follow us on Facebook, Instagram, Twitter or Pinterest for new facts each day.

Apart from the above listed fun facts about Argentina you might also be interested in some more general facts about that country. See them here: