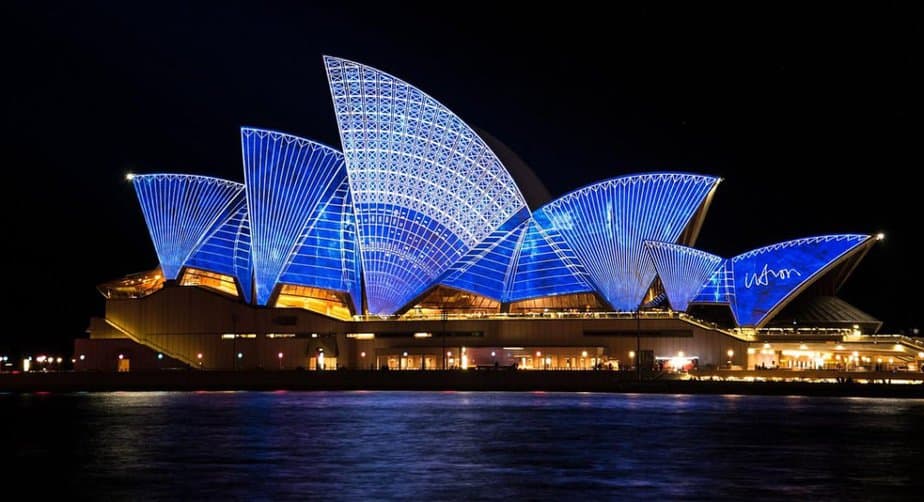 There are a lot of list with facts about Australia in the internet, but this is the ultimate list you need to know. We have put together all the most interesting and most astonishing facts about Australia that you can imagine. We are not just telling you boring facts like the size or the population of the country, but we are also putting it into perspective. Or do you know which US state has almost the same population as Australia although the continent is more than 53 times its size? We also tell you which animal you should fear more than crocodiles, sharks or snakes and who the most intelligent person in the world is. Be excited about our amazing Australia facts and convince yourself with the following 62 facts.

1. 85% of all Australian live less than 50km from the coastline.

2. Melbourne has the largest Greek population outside of Greece. There are an estimates 162,000 people living in Melbourne that claim to have Greek ancestry.

3. Australia is the second place when it comes to the human development index (HDI). The HDI measures numerous things such as welfare, a long and healthy life, knowledge or equality. Only Norway is better.

4. Some might think that the Great Wall of China is the longest fence in the world but that’s not true. Australia’s Dingo Fence is kilometers even longer with 5.600.

6. There were already people living in Australia for at least 50,000 years before the British arrive. The Aborigines inhabited Australia for more than 50,000 years and scientist consider their tribes as the oldest living culture on Earth.

7. The Australian state of Queensland allows emojis on license plates.

8. If you would visit one Australian beach every day, it would take you at least 27 years and 4 months to explore them all.

9. Although Australia is well known for its sun and heat the Australian Alps are bigger than Switzerland. Hence there is also a lot of snow in Australia.

10. The Great Barrier Reef is the largest living structure in the world. It’s so large that it’s even visible from space.

11. The national animal of Australia is the Kangaroo. Reason for that is because Kangaroos cannot move backwards.

12. Fraser Island is the largest sand island in the world.

14. In Australia there is a mountain called “Mt. Disappointment”. The mountain was named by the two explorers William Hovell and Hamilton Hume in 1824. Although with 800 meters not really high both explorers were expecting to see the Port Philipp Bay from top of the mountain but the forest, they found there prevented this.

15. The word “Australia” is derived from the Latin word “australis” which mean “southern”.

16. In Australia in 2009, snipers were tasked with defending a colony of penguins against possible enemies to guarantee the survival of this rare penguin species.

17. Some roads in Australia are so long that the Australian state counteracts the risk of fatigue by playing little trivia games with the drivers along the side of the road.

18. In the 20th century, there were still stomach-breeding frogs living in Australia. The tadpoles grew up in the mother’s stomach and climbed out of her mouth as soon as they were big enough.

19. Due to plate tectonic movements, Australia migrates to the north by about 2.8 inches each year.

20. In 1967, a former Prime Minister of Australia disappeared without a trace and has still not been found.

21. With 2.9 million square miles or 7 692 000 km² Australia is the 6th largest country in the world. That’s just slightly smaller than mainland USA. Nevertheless, Australia has one of the lowest population density in the world. With only 24.6 million inhabitants that’s just 3 people per square kilometer.

22. The Australian prisoner Joseph Bolitho Johns broke out of prison so often that the police built a special prison cell for him. He also broke out of this. (Read more)

Read More: The 50 Craziest Records, You Won’t Find Anywhere Else

24. Australia has over 60 separate wine regions with most of them in New South Wales and Victoria.

25. The “dingo fence” is a fence in Australia designed to protect sheep in the southeast of the continent from predators. It has a total length of 3,363 miles.

26. The only two mammals in the world that lay eggs are found in Australia, the platypus and echidna.

28. The Huntsman spider (Heteropoda maxima) is the largest spider species in the world. Adult males usually have a span of up to 12 inches. In Australia, a specimen estimated at 15.7 inches was discovered in 2017.

29. 80% of all animals living in Australia are unique to that country.

30. In the western part of Australia a number of pink lakes can be found such as Lake Hillier.

31. Australia is the only continent without an active volcano.

32. With more than 850 miles Australia has the world’s longest golf course.

33. The largest cattle station in the world is located in Australia and it’s bigger than Israel.

34. 32-year-old Wombat “Patrick” living in Australia was the oldest animal of his species. As he was not able to find a female partner, his keepers even created a Tinder profile for him.

35. In 1954 Bob Hawke, the future prime minister of Australia, set the world record by drinking 2.5 liters of beer in 11 seconds.

36. The box jellyfish is responsible for more deaths in Australian than sharks, snakes and crocodiles combined.

37. In 2017, researchers discovered the largest dinosaur footprint to date in Western Australia. The footprint is over 5 feet long and is said to be over 130 million years old.

38. Although with 4.6 million inhabitants Sydney is the largest city in Australia, but not its capital.

39. A koala’s fingerprint is so similar to that of a human being that there have been several cases in Australia with considerable confusion about the perpetrator at a crime scene.

40. In 2018, a message in a bottle was found in Australia which had been dropped into the Indian Ocean by a German research vessel in 1886.

41. Coober Pedy is a city in the Australian outback, where more than 50 percent of the inhabitants live in underground caves.

42. Around 20% of Australians don’t speak English at home.

43. Australia started as penal colony of the United Kingdom. First police forces were therefore made up of the most well-behaved convicts.

44. The average Australian drinks 96 liters of beer each year. That’s about 192 bottles of beer for each adult.

45. Uluru is not Australia’s largest rock, but Mount Augustus is in Western Australia. It´s twice the size of Uluru.

46. Australia produces around 1.3 billion liters of wine each year.

48. An Australian election TV debate was moved so it didn’t conflict with the finale of the cooking show “Masterchef”.

49. With an IQ of approximately 230, the Australian mathematician Terence Tao is the most intelligent person in the world. (Read more)

50. The world’s first seat belt law was introduced in Australia in 1970.

51. There are more living camels in Australia than in Egypt. There are even so much camels that Australia is exporting them to Saudi Arabia.

52. The island of Tasmania has the cleanest air in the world. The air is even as clean as Antarctica.

53. In 1940, two Australian planes crashed into each other during an Air Force training flight. The planes were wedged into each other so tightly that the pilot of the upper plane was able to land both planes safely. None of the passengers were injured.

54. Google Street View also allows you to view images of remote locations such as the Great Barrier Reef in Australia.

55. Canberra is the Aboriginal word for “woman’s cleavage”. The reason for that is that the city is cradled between two mountains.

56. Australia has almost the same population as the US state New York although it’s more than 53 times its size. Interested in New York facts? Just follow that Link.

57. Australia’s Great Victoria Desert is larger than the United Kingdom and Ireland combined.

58. Australian rower Bobby Pearce won the 1928 Olympic Games against eight other competitors, even though he stopped during the race to let ducks pass in front of him.

59. There are 3 times more sheep living in Australia than human people. Are you interested in even more fun facts about animals? We have a great article with over 200 facts so make sure to read it here.

60. Australia’s Great Ocean Road is the world’s largest war memorial. It was built by returning soldiers after World War One and is dedicated to all soldiers who died during the war.

61. As Burger King has no rights to its brand name in Australia, the fast food chain is called “Hungry Jack’s” there.

62. Australia is the driest continent in the world.

How do you like our 62 facts about Australia? Was there any specific Australia fact you liked most and which one did you surprised most? We are also looking forward to receiving all the amazing facts you know which we didn’t mention so far so feel free to leave a comment. If you enjoyed these incredible facts about Australia, we have plenty of more facts for you. Just follow us on Facebook, Instagram, Twitter or Pinterest or visit our Facts section for more amazing stuff.

Apart from be above listed fun facts about Australia you might also be interested in some more general facts about that country. See them here:

Hardly anyone is not familiar with the brilliant movie "Schindler's List" by Steven Spielberg, which tells the story of the German industrialist...
Read more
Facts

15 Incredible Facts about The Avengers

In the summer of 2019, the last part of Phase 3 of the Marvel Cinematic Universe (MCU) was released: "Spider-Man: Far From...
Read more