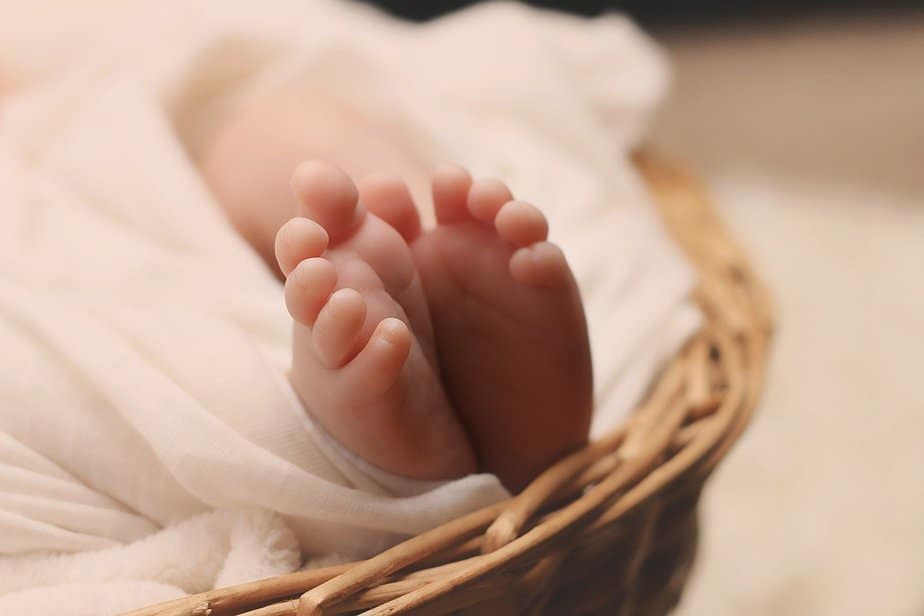 Babies are loud, tiring and cost a lot of money. But when you smile at them and they smile back, you realize – they are disturbing. But seriously folks, babies are just cute and rightly tie most of our attention. And in addition, the little bundles of joy are also truly interesting living beings. For example, did you know how quickly the baby brain grew to twice its size? Or do you know how heavy the world’s fattest baby was? We have the exciting answers to these questions and much more. So look forward to 45 facts about babies.

1. Babies are not able to taste salt until they are four months old.

2. Just five percent of all babies suck their left thumb. The remaining 95 percent use their right one.

4. Babies are born with 300 bones. In adulthood this number decreases to 206.

6. Mothers instinctively kiss their newborn baby. Through the kiss the mother takes up bacteria and viruses of the child and forms antibodies which can pass through the mother’s milk to the child.

7. Because people born blind smile from birth, scientists have concluded that smiling is a genetically determined behavior which is not learned.

8. Approximately one in 5,000 babies is born without an anus due to a deformity. Doctors then need to artificially reconstruct it after birth.

9. The Argentinian Emilio Palma was the first documented person born on the continent of Antarctica. In 1978 his father was head of the Argentine Army detachment at the Esperanza Base in Antarctica and his mother was airlifted to that base, in order to complete her pregnancy there. Since then ten more people have been born in Antarctica however Palma’s birthplace remains still the southernmost. We have found even more incredible facts about Antarctica.

10. All white babies are born with blue eyes. Black babies, on the other hand, usually already have brown eyes.

11. Babies could already hold their own body weight due to their gripping reflex.

13. Since babies are not yet able to perceive objects with their eyes and hands so well, they prefer to feel things with their mouths.

14. Babies can cry up to 120 decibels, which is the volume of an explosion.

15. Letting babies cry for a long time can damage the psyche sustainably.

16. A baby’s brain size doubles in the first twelve months.

17. Because babies’ tear ducts are not fully developed in the first month, they initially cry without tears.

18. The heaviest baby ever born was born in 2018 and weighed 40 pounds (18 kilograms). The mother weighed over 550 pounds (250 kilograms) and gave birth to the baby by cesarean section.

19. In 2004 the lightest baby ever born in India saw the light of day. Rumaisa Rahman weighed just 244 grams. We wrote an amazing article containing even more incredible facts about India.

20. In the first weeks after birth, babies can only see clearly at a distance of ten inches (25 centimeters). Visual acuity is only fully developed from the age of four.

22. Babies are often born with hair, but in most cases, they lose it during the first six months.

23. Babies can only distinguish similar objects from the age of about six months. For example, if they see two different cats one after the other, it is the same for them.

24. According to a study by the University of Wisconsin-Madison, babies have absolute hearing from birth. They can perceive the pitch precisely without comparison tones. If children do not learn a musical instrument exceedingly early, they will lose this ability.

26. Babies are born with a “diving reflex”. When the body is immersed in water, babies instinctively hold their breath and the heartbeat slows down.

27. Babies are born without a fixed kneecap. It begins to harden from the age of three.

29. In the first six months, a baby’s eyes can still look in different directions. However, this happens unintentionally because the eyes are not yet trained properly.

30. Babies are most comfortable with the color red because they are familiar with this color from the womb.

31. In the first year of life, babies grow up to two centimeters a month. If you continued to grow at this rate until you reached the age of majority, you would reach a height of more than four and a half meters.

32. After birth, the stomach of babies is the size of a cherry. That is why they have to be fed so regularly.

34. Because babies swallow around 0.5 to 1.4 ounces (15 to 40 milliliters) of amniotic fluid every hour, they already get to know the four basic flavors.

35. A baby’s head makes up about a quarter of its total length, while in adults it is only around a seventh. This is one reason why babies cool down particularly quickly.

36. A baby’s eyes are already 75 percent of their final size. The body, on the other hand, has at most only reached a third of its final size.

37. Babies can have breathing interruptions of more than 20 seconds, especially during sleep. This phenomenon is called “periodic breathing”.

38. Witch’s milk is a milk-like secretion that comes from the breasts of some newborn human infants of either sex. The mammary glands can swell due to the hormones in the placenta and thus, the secretion can leak out.

39. A baby’s brain grows to twice its original size in the first twelve months.

40. The inner ear is the only sensory organ in a human being that is fully developed before birth. In this article you will find more unbelievable facts about the human body.

41. A baby can recognize its mother by her smell and voice right after birth.

42. Benin is the country with the highest probability of twin births with 2.8 percent. In contrast, in Vietnam, it is only 0.6 percent.

43. The average weight of a baby’s brain is ten percent of its body weight. This means that the proportion is many times higher than in adulthood.

44. Babies prefer high voices over lower ones. This can explain why you instinctively speak in a higher voice when you turn to a baby.

45. Until the 7th century, doctors believed that many infant diseases were caused by too much acid in the stomach. Babies were therefore fed chalk, crushed eggshells, corals and oyster shells, which were mixed in their porridge to counteract the acid.

Hopefully, we could make your day with these 45 facts about babies. We were amazed to find out how remarkable these little miracles are when you take a closer look at their development. If you want to read more fun facts, visit our facts section. Or just follow us on Facebook, Instagram, Twitter, YouTube or Pinterest. We also published a bunch of books containing our most astonishing fun facts – so have a look if you are interested.