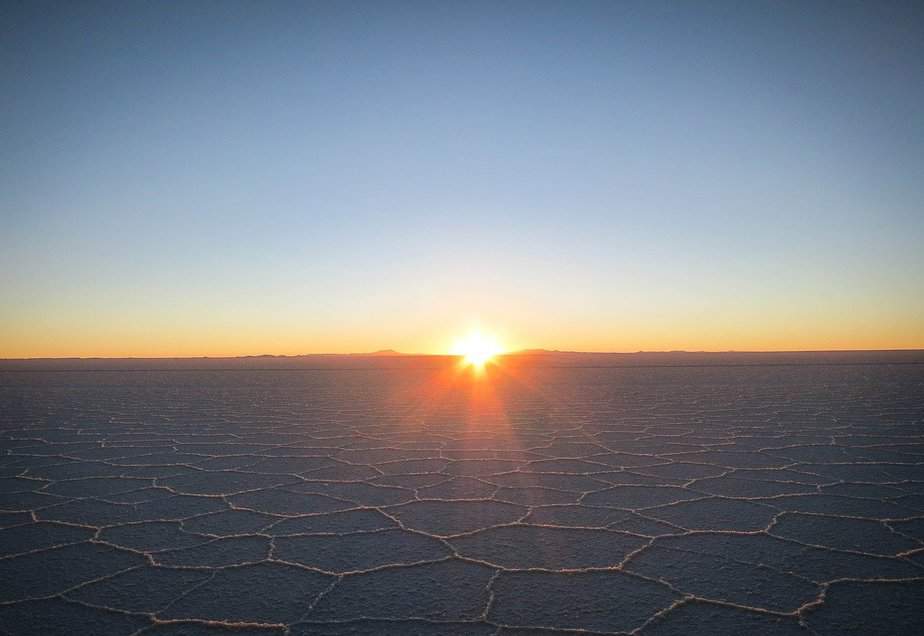 South America is not the most favorite destination for spending your holiday but nevertheless we think this continent has so much to offer. We therefore looked for each country of that continent and now it’s Bolivia’s turn. We have found so many random facts you definitely need to know especially if you are not sure if you should visit the country in the near future. After reading our 20 facts about Bolivia make sure to write us a message about how many facts you already knew before reading this. And also, please share that article with your friends and family if you like it as much as we do.

1. Located in Bolivia and Peru Lake Titicaca is the highest navigable lake in the world. It has a surface elevation of 12,507 feet (3,812 meters).

2. More than 40 percent of all animals and plants can be found in Bolivia’s tropical rainforests and Pantanal wetlands.

4. „Salar de Uyuni“ is the world’s largest salt flat, at 4,086 square miles (10,582 square kilometers). It is located in southwest Bolivia and almost as large as Jamaica. It contains more than 10 billion tons of salt and it has no more than 40 inches (one meter) variation in altitude.

5. „Cerro Rico“ is a mountain in Bolivia and is the richest source of silver worldwide. It is estimated that as many as eight million people died in the past 500 years because of the mining of Cerro Rico. Even today, two miners die each week which is the reason that the mountain is also known as „mountain that eats men alive“.

6. The largest Bolivian prison, San Pedro in La Paz, has developed its own society. There are no guards in the prison, and the prisoners organize all aspects of their lives themselves. There are shops and restaurants run by the prisoners, and at regular intervals the inmates even elect a new leader.

7. Bolivia has a 1,800-man naval unit, although the country has no access to the open sea at all.

8. Puya raimondii, also known as queen of the Andes, is the tallest flowering plant in the world. It is native to the high Andes of Peru and Bolivia and can reach up to 50 feet (15 meters) in height.

9. During the 18th century, Bolivia was only known as Upper Peru. Looking for more Peru Facts? We also have an article about that country.

11. Brazil is not the main exporter of Brazil Nuts. It‘s Bolivia.

13. Since it became independent in 1825 Bolivia already has had more than 190 revolutions and coups.

15. Bolivia is named after Simón Bolívar, a Venezuelan leader in the Spanish American wars of independence. The country was originally named „Republic of Bolívar“ however it was later changed to just Bolivia.

16. The „Palacio de Sal“ is a hotel in Bolivia built out of salt blocks.

17. Bolivia is one of just 16 countries in the world with two official capitals. La Paz is the administrative capital of the country and Sucre is the constitutional capital.

18. La Paz in Bolivia is the highest administrative capital in the world. It stands at an altitude of 11,940 feet (3,640 meters) above sea level.

19. There is a festival in Bolivia called „Tinku“ where men fight each other for several days. Usually they just punch each other but in many cases they are also throwing stones on each other. The last day of the festival is considered the most violent and police almost always have to separate the mass of bloody men.

20. The clock on the facade of the building housing the Bolivian congress in La Paz turns anti-clockwise. The government has put this in place in 2014 as a way to encourage people to think differently.

What do you think about our 20 fun facts about Bolivia? Did you like all of them and was there a fact you already knew? Tell us your opinion by writing us a message. In case you also know further facts about Bolivia please don’t hesitate to write us a message as well and we will add your trivia information to that article. We also have a lot of other fun facts but if you are interested in even more facts about other countries you should try out our country facts section. You can also follow us on Instagram, Pinterest, Twitter or Facebook or you can also subscribe to our newsletter if you like and get our eBook with our 500 best fun facts for free.

Apart from the above-listed fun facts about Bolivia, you might also be interested in some more general facts about that country. See them here: