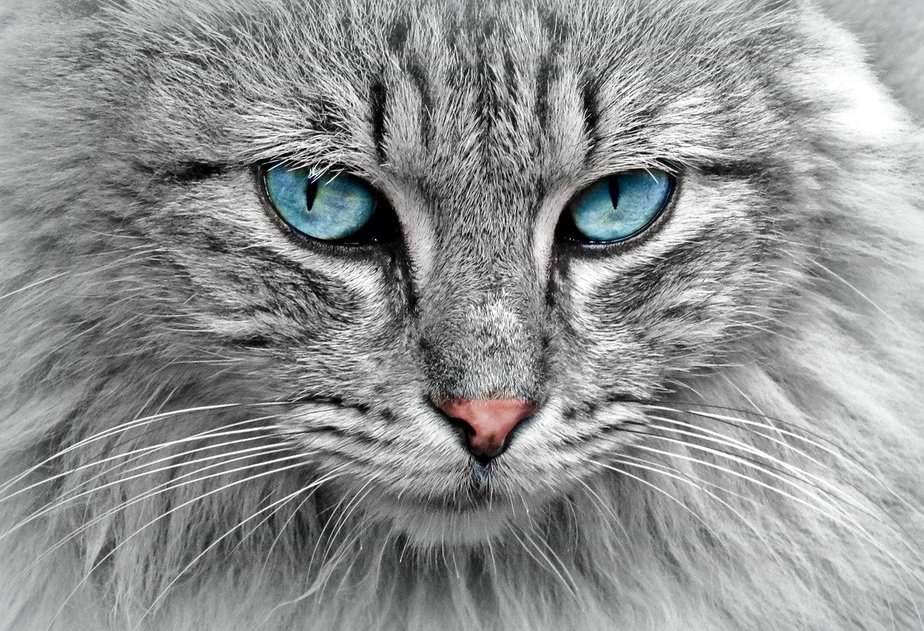 Cats are one of the most popular pets of choice in the world. If you are an owner of one of these beloved animals watch out for our unbelievable facts about cats. You maybe won’t believe them but always keep in mind that all our facts are true. No matter what your cat is telling you.

1. Vikings took cats on sea trips in order to avoid a rat problem. Nowadays, it is assumed that this prevailed the worldwide spread of cats.

2. In 1879 the Belgian mail service launched a pilot project in which cats were used to deliver the letters. The project failed.

3. It is assumed that cats are responsible for the extinction of several animal species.

5. Cats have 32 muscles to move their ears. In comparison, humans only have six muscles in their ears.

6. The first cloned cat has been called “CC” as an abbreviation for “carbon copy”‘.

7. Cats sweat through their paws.

9. The two oldest cats in the world reached an age of 34 and 38. Both belonged to the same owner. She exclusively fed her cats bacon, eggs, broccoli and coffee.

12. In Italy, a man left his cat an inheritance of about ten million Euros.

13. The official title of the British Prime Minister’s cat is “Chief Mouser to the Cabinet Office”.

14. Every year, about 4 million cats are consumed as delicacies in China.

17. Dusty is the name of the cat with the known record for the most kittens. She had more than 420 offspring in her lifetime.

18. A “Bezoar” is the technical term for a cat’s hairball.

19. On the 18th of October 1963 French scientists launched a rocket to move the first cat into space. The feline’s name was Félicette and she landed safely on the ground after a parachute descent.

20. It’s impossible for cats to climb down a tree with its head first. Reason for that is that every claw on a cat’s paw points the same direction.

21. A cat’s hearing is better than dogs.

24. A cat spends nearly two thirds of its life asleep.

26. The word “cat” comes from the Latin word “catus”, meaning domestic cat, as opposed to “feles” for wild cat.

27. “Ailurophile” is the right term for people loving cats.

28. Although for safety reasons there is no Guinness World Record for the fattest cat, but it is assumed that a Siamese cat called Kaly from Russia would hold that title with its 50 pounds (23 kg).

29. The Egyptian Mau may be the oldest breed of cat. In fact, the breed is so old that its name is the Egyptian word for “cat”.

30. During the 1960s Dutch ambassador Henry Helb was noticing that his two Siamese cats were arching their backs and clawing at one of the walls. It came out that both cats had heard quiet scratches behind the wall leading to 30 tiny microphones hidden behind the boards.

32. Cats can see at light levels six times lower than what humans needs in order to see.

33. Although Sphynx cats do not have fur coats their body temperature is on average four degrees warmer than a typical feline.

34. Cats spend around 40% of their day by grooming themselves. This behaviour has several advantages. It helps them to tone down their scent, promotes blood flow or cools them down.

35. The resting pulse of a cat is twice as high as the human heartbeat.

36. There are an estimated 500 million domestic cats in the world.

37. When in ancient Egypt a cat died, family members would mourn by shaving off their eyebrows.

39. Abraham Lincoln was once asked by a report about his hobbies and he just replied “Cats!”.

40. During the Spanish Inquisition, cats were condemned as evil by Pope Innocent VIII leading to the burning of thousands of cats. Unfortunately, this led to an explosion of the rat population, exacerbating the effects of the Black Death.

41. In the 1750s Europeans brought cats to America in order to control pests.

43. During the Middle Ages holy days were celebrated by tossing cats from church towers.

44. A cat can jump up to five times its own height.

45. Cats usually give birth to a litter of between one to nine kittens however the largest known litter ever was 19 kittens, of which 15 survived.

47. It is said that Adolf Hitler, Napoleon Bonaparte, Genghis Khan and Caesar to have hated cats.

48. Thomas Edison can be seen as the inventor of cat videos. One of his earliest films shows two cats boxing in a ring.

49. It takes approximately 24 cat skins to make a coat.

50. More than 300,000 mummified cats were found on an Egyptian cemetery in 1888. They were eventually used by farmers in England and the USA as fertilizer.

How did you like our crazy facts about cats? Was there a favorite one and which fact did you like most? Tell us your opinion down in the comments. If you are interested in many more facts just have a look for all our Facts or read one of the many background stories to our facts on our website. Even more fun facts can be found on Pinterest, Twitter, Facebook or Instagram.