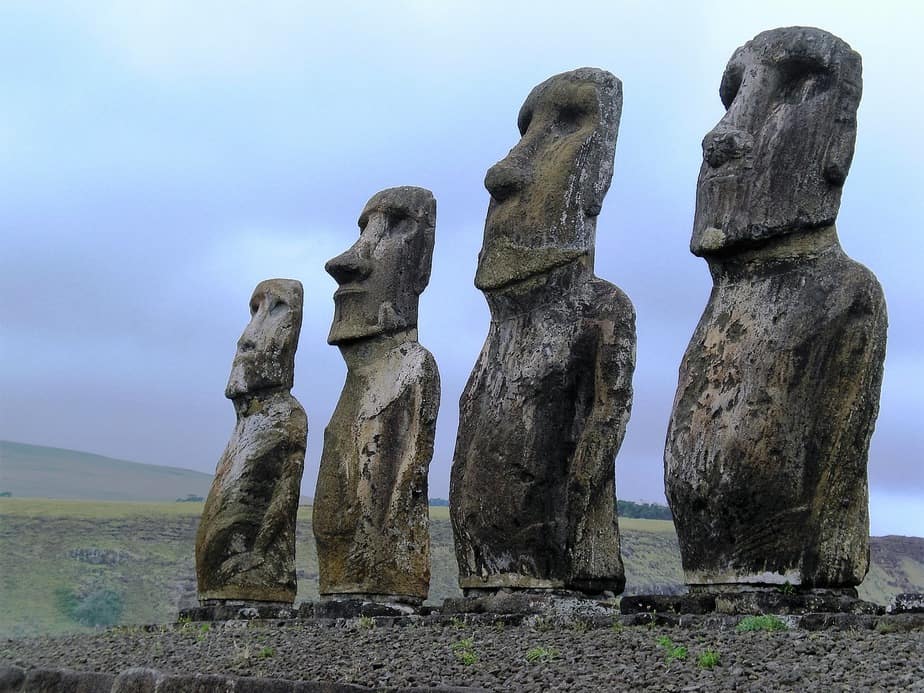 Are you currently planning a trip to Chile and would like to know really interesting information about that country you won’t find in any travel guide? We collected the 15 most amazing and interesting facts about Chile you could think of so make sure to check them out. Do you know why NASA really likes the Atacama Desert in Chile for testing its Mars rovers or where the largest earthquake ever recorded took place? We tell you all the facts!

2. Chile is home to the Easter Island. It is most famous for its nearly 1,000 monolithic human figures called „moai“. They have been carved by the Rapa Nui people between the years 1250 and 1500.

4. The origin of the word Chile is still unclear. Some people think it derives from the Native American word “chilli” which may mean “where the land ends” but others think it may come from a valley in Peru close to Chile named “Chili”.

6. Chile has the largest permanent civilian settlement on the continent of Antarctica. It is called Villa Las Estrellas and it has a summer population of 150 and a winter population of 80.

7. The city of Ushuaia in Argentina claims to be the southernmost inhabited city in the world. Only Puerto Williams and Puerto Toro in Chile are more southern but do not have enough inhabitants to be considered as city. If you like to see more Argentina Facts you should check out our article about that country.

8. In Chile wives and husbands do not share the same last name. Instead wives keep their maiden names.

9. At 3,324 feet (1,013 meters) in length the swimming pool at the San Alfonso del Mar resort in Algarrobo, Chile was the largest swimming pool by area in the world at the time of completion in 2006.

10. Pudús are the world’s smallest deer and can only be found in Chile and Argentina. They range in size only from 13 to 17 inches (32 to 44 centimeter).

Read More: 20 Facts About Bolivia You Need To Know

11. The world’s largest earthquake ever recorded took place in Chile on May 22nd, 1960. It was assigned a magnitude of 9.5 and is known as the “Great Chilean Earthquake”.

12. The Atacama Desert in Chile is receiving less precipitation than any other desert in the world including the polar deserts. The average rainfall in some locations there is only about 0.04 inches (1 millimeter) in a year.

14. Found in Chile the “Chinchorro mummies” are the oldest artificially mummified human remains ever discovered. The oldest Chinchorro mummy found dates from around 5050 BC.

How did you like our 15 fun facts about Chile? We promised only the most interesting facts, so we hope we did walk the talk. If you know even more facts or trivia about Chile please write us a message and we will add your facts to this list. We also have a lot of other random facts but if you are interested in even more facts about other countries you should try out our country facts section. You can also follow us on Instagram, Pinterest, Twitter or Facebook or you can also subscribe to our newsletter if you like and get our eBook with our 500 best fun facts for free.

Apart from be above listed fun facts about Chile you might also be interested in some more general facts about that country. See them here: