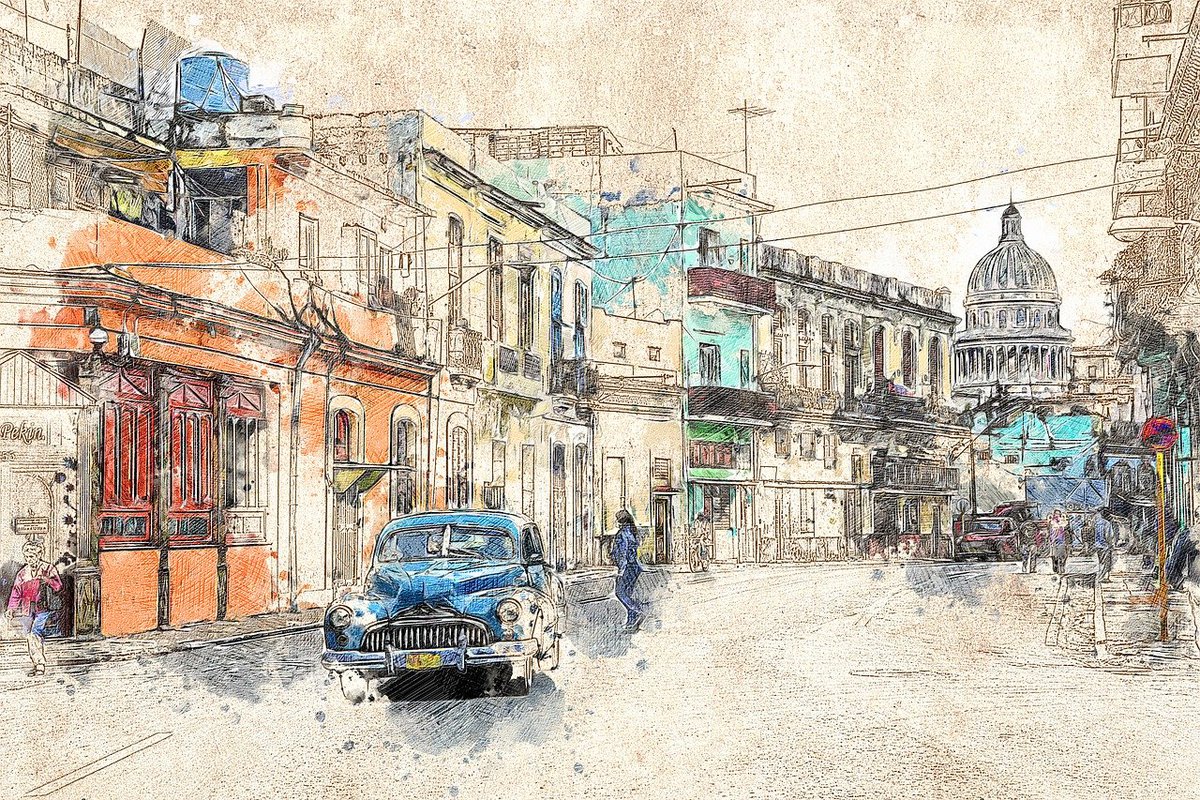 Cuba is probably the most famous communist country, but it also has much more to offer. It brought us the Cuba Libre, the Salsa and also Fidel Castro. But did you know that Cuba was also one of the first countries where Coca Cola was sold outside the US or that the country once tried to pay off its debt with rum? We explain you all these Cuba facts and many more so definitely check out the following list. If you like that article, make sure to share it with your friends and if you are hungry for more random facts, we also have many other facts list.

1. The CIA operation to invade Cuba and take down Fidel Castro was dubbed “Operation Castration”.

2. The Bee hummingbird is the smallest bird in the world and can only be found in Cuba.

3. Although his legacy is tied to his role in the Cuban Revolution, Ernesto “Che” Guevara was born in Argentina. Interested in more Argentina Facts? Just click on that link!

4. Panama, Mexico and Cuba were the first countries outside the USA in which Coca Cola was sold. It was first sold in these countries in 1906.

5. When viewed from the air, the island of Cuba resembles a crocodile. Hence, it is also referred to in Spanish as “El Crocodilo”.

6. Barack Obama was the only sitting president of the United States to visit Cuba in the last 100 years.

7. Fidel Castro was the longest-serving non-royal head of state in the 20th and 21st centuries. He ruled over Cuba for 31 years.

8. The Cuban government owns and controls all broadcast media, including TV, newspaper, internet and radio in Cuba.

11. There is a place in Cuba called “Bay of Pigs” although there are no pigs there. The name derives from a wrong translation of the Cuban Spanish word used for that area “cochinos” which means “pigs” in Spanish but is also the name of the queen triggerfish in Cuba.

12. In Cuba, picking up hitchhikers is mandatory for government vehicles, if passenger space is available.

13. US President John F. Kennedy was a passionate smoker. In 1962, he instructed his press officer to buy 1,000 Cuban cigars for him. Shortly after receiving the cigars, he went on to pass a law prohibiting the import of communist goods into the United States.

14. Coca-Cola is the most widely distributed product on the planet. There are only two countries in the world where Coca-Cola cannot be bought or sold. They are Cuba and North Korea. How about some more facts about Coca Cola?

15. Until 1997, contacts between tourists and Cubans were de facto outlawed by the Communist regime.

16. In 1856 a man from Havana took off in his hot air balloon and was never seen again.

17. Over 150 nuclear weapons had been transferred by the Soviet Union to Cuba by the time of the Cuban Missile Crisis.

18. Cuba has the third highest doctors per capita ratio in the world. The only countries with a higher ratio are Qatar and Monaco.

19. Inside Cuba there are no streets, buildings, institutions or localities named for Fidel Castro as he chose not to create a cult of personality about him.

20. A drink of rum and coke is called a “Cuba Libre” (Free Cuba) almost everywhere in the world except in Cuba, where it is called a “Mentirita” (little lie).

21. The United States pays Cuba 4,085 dollars a month in rent for Guantanamo Bay.

23. The two great Cuban revolutionaries – Che Guevara and Fidel Castro – both have a doctorate degree. Che was a medical doctor, Fidel a lawyer.

24. Cuba offered to pay off some of its Cold War debt to the Czech Republic entirely in rum.

25. Cuba has two official currencies. The Cuban Peso and the Cuban Convertible Peso. The latter is only used by tourists and set at par with the dollar.

26. Upon taking power in 1959, Fidel Castro banned all game sets of Monopoly.

27. Cuba has an active maximum wage law, where individuals cannot earn more than 20 dollars per month.

28. Cuba was the first communist country in the western hemisphere.

29. Cuba is the most populous nation in the Caribbean. Closely followed by Haiti and the Dominican Republic.

What do you think about our facts about Cuba and which was your favorite fact? In case you know even more Cuba facts just write us a message and we will add it to our list. We also have similar list for every other country so make sure to check them out as well. However, if you prefer more general facts we can also highly recommend you our best fun facts. You can of course also follow us on Instagram, Pinterest, YouTube, Twitter or Facebook or check out the books we have published for you.

Apart from be above listed fun facts about Cuba you might also be interested in some more general facts about that country. See them here: