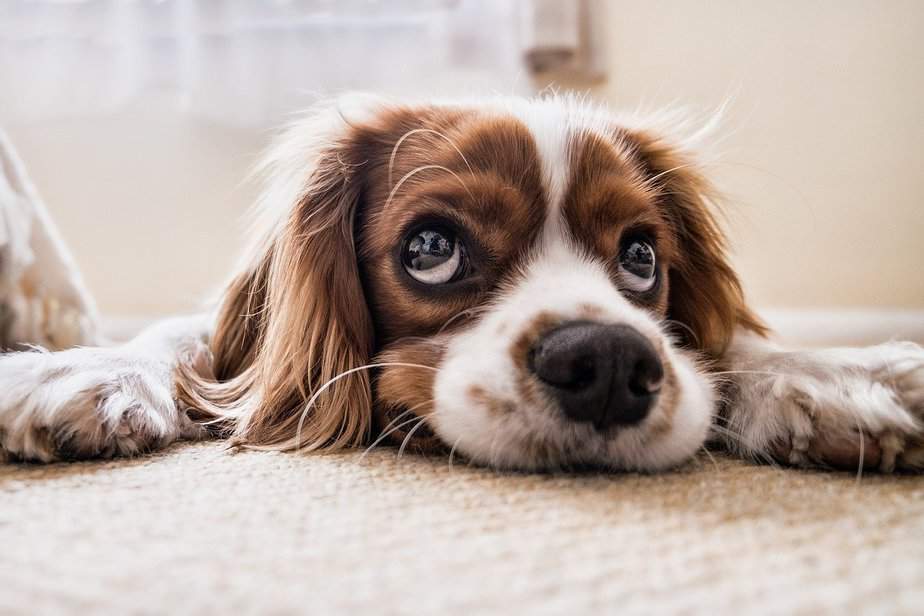 A dog is man’s best friend but there are a lot of things you might not know about your little friend! For anyone interested to learn more about dogs we prepared these 50 amazing and pawsome facts about dogs. Have you ever heard how tall the largest dog is or even how fast dogs can be? Of course, these might just be regular facts about dogs but we also prepared really a lot of other facts about your little friend you have probably never heard before. Stay tune and watch our facts yourself.

1. Dogs and humans are the only mammals with a prostate.

2. Dogs shoulder blades are not attached to their skeleton, giving them a greater flexibility for running.

3. Dogs express their feelings via their tails. They wag their tail to the left when they are frightened and to the right when they’re happy. A low wagging tail can be interpreted as they are feeling insecure whereas a rapid moving tail accompanied by tense muscles can signal aggression.

5. Dogs can experience jealousy, but they never can feel guilty. Researchers found that although all dogs look somehow “guilty” after being told off however this is just how humans interpret a dog’s reaction after being scolded.

6. A dog’s mouth can exert up to 320 pounds of pressure. In comparison, humans exert approximately 120 pounds, white sharks about 600 pounds and crocodiles can exert up to 2,500 pounds.

7. The Norwegian Lundehund is the only type of dog with six toes per paw.

8. Max is the most famous name for dogs. Other popular names are Maggie, Zach, Molly and Sam.

9. Dalmatian puppies are born with a white coat. The black dots only appear after a while in the course of their childhood.

10. There are more than 150 different dog breeds which can be divided in 8 subclasses: hound, terrier, sporting, non-sporting, herding, toy, working and miscellaneous.

12. After getting out of the water dogs can shake up to 70% of the water out of their fur in just four seconds. While doing so they even create higher g-force than a Formula 1 driver is experiencing during a race.

13. The paw print of a dog is very generic however their nose print is as unique as the human fingerprint.

14. Dogs sense the earth’s magnetic field which gives them the power to navigate perfectly without the need of a compass.

15. It’s an urban myth that dogs can only see in black and white, but they can see colours too. The difference to the human eye is the fact that dogs only have two cones in their eyes to detect colours, while humans have three. Therefore, dogs only see blueish and yellowish colours but are in fact red-green colour-blind. But on the other hand, dogs have a better night vision and their eyes take information up to 25% faster than humans.

16. The African Hunting Dog is the most successful mammalian hunter in the world. Their success rate is between 50% to 70%.

17. Humans can smell a spoonful of sugar in a cup of tea whereas dogs can smell the same amount of sugar diluted in two Olympic swimming pools.

18. Scientists believe that the first interaction between humans and dogs was around 30,000 years ago. During that time humans started to tame wolves, the ancestors of today’s dogs, until they behaved domesticated.

19. The Dandie Dinmont Terrier dog breed is rarer than the giant panda.

20. The Shar-Pei and the Chow Chow are the only two dog breeds with black tongues. All other dog breeds do have a pink tongue.

21. Dalmatians can often suffer from deafness, with around 30% of them experiencing this disease. This is due to the fact that they don’t have many mature melanocytes (melanin producing cells) in their inner ears, which is kind of common for dogs with a piebald or albino coat. An even more interesting fact is that Dalmatians with blue eyes are more likely to be deaf than those with other eye color, however the reason for that is still unknown. Furthermore, also Dalmatians with larger patches of dark pigment are less likely to be deaf.

22. There are an estimated 500 million dogs on our planet.

23. Dog urine can corrode metal due to the strong acids in it.

24. The Basenji from Central Africa is the only dog unable to bark. The noise they make when being excited is often described as yodelling. Do you want to read even more fun facts about Africa? Just have a look and read our amazing article about it.

25. Dogs don’t like the sound of rain as it hurts their sensitive ears.

26. Dogs are capable of seeing in the dark due to their tapetum lucidum – a mirror-like membrane in their eyes. These light-and-motion sensitive cells are referred to as rods increasing dog’s ability to differentiate between light and shadow. Due to that fact dogs can see better in dim light.

27. As dogs show the same brain wave patterns while sleeping as humans, researchers concluded that dogs do also dream. However, a fun fact is that small dogs shower higher brain activities while sleeping than big dogs.

28. Three dogs survived the sinking of the Titanic. One dog was even wrapped in a blanket by its owner so that everyone thought she was carrying a baby. Are you interested in another unbelievable story around the Titanic? Then you need to read our article about Masabumi Hosono and the tragic story of the only Japanese passenger on the Titanic.

29. New-born dogs sleep up to 20 hours a day during the first weeks of their life.

30. The earliest image of a dog date back 12,000 years ago and was a cave drawing found in Spain.

31. A study conducted that 50% of dogs are left-handed whilst the other 50% are right-handed. That’s a very special fact as with humans it’s split 90% / 10% between right-handed and left-handed.

32. A dog’s behavior to walk in circles within their sleeping area goes back thousands of years ago to when dogs were making their nests in grass.

33. A dog has more than 12 different muscles to control the movement of their ears.

34. Greyhounds can reach speeds of more than 45 miles per hour and are therefore almost as fast as cheetahs.

35. It has been scientifically proven that petting a dog can significantly reduce blood pressure in humans.

36. Dogs have such a good sense of smell that they can even smell when a person’s insulin level drops too low.

37. The term „Dog Days“ has absolutely nothing to do with dogs. It is instead referring to the so called „Dog Star“ which is part of the star system Sirius. Greek and Roman astrology connected these stars with heat and drought and therefore became a synonym for the hottest and most uncomfortable days in summer.

38. It’s a common myth that dogs sweat by salivating but rather through the pads of their paws.

40. The most favorite dog breeds in the US are: Dachshund, Golden Retriever, Labrador Retriever, Beagle and Shepherd

41. The reason that dogs noses are so wet is to help them absorb chemicals. They even lick their noses only to sample them which helps them to get a better understanding of what the smell is.

42. Dogs are one of the smartest animals in the world. Researches show that the average dog is as smart as a two-year-old child, can understand up to 250 words and can even perform simple mathematical calculations. Border Collies are the smartest dog breed followed by Poodles, Golden Retrievers, German Shepherds, and Dobermans.

43. In an interview in 2013 Paul McCartney said that at the end of the Beatles song „A Day in the Life“ he added a frequency only dogs can hear.

44. A Bloodhounds smelling ability is so amazing that it can even stay on trail for over 130 miles and follow tracks that are over 300 hours old.

45. The Ewoks from Star Wars Episode 6 were based on George Lucas family dog.

46. Although Shih Tzus look as cute as a new-born baby, there are one of the breeds most closely related to the wolf.

47. It is said that Kubla Khan has owned 5,000 dogs. That’s a record in the history of dog ownership.

48. The average dog can hear 4 times as far as humans.

50. New-born dogs grow to half their body weight in the first four to five months.

How did you like our 50 pawsome facts about dogs? Which fun fact did you liked most and was there a dog fact you already knew? Tell us your opinion in the comment section below and let us discuss about your puppies. If you are interested in more unbelievable facts follow us on Facebook, Instagram, Twitter or Pinterest. Or just have a look into our Facts section for more amazing stuff.

How many dogs are in the world?

There are about 900 million dogs in the world.

How tall is the biggest dog in the world?

The largest dog in the world is 43.7 inches tall.

How fast is the fastest dog in the world?

Greyhounds are the fastest dog breeds in the world and can reach speeds of more than 45 miles per hour. They are therefore almost as fast as cheetahs.

What is a good fact about dogs?

A Bloodhounds smelling ability is so amazing that it can even stay on trail for over 130 miles and follow tracks that are over 300 hours old.