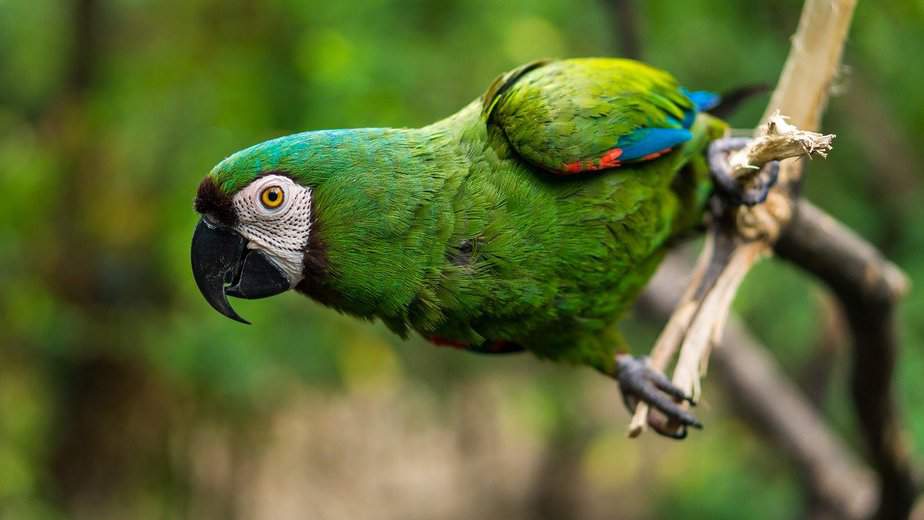 If you are interested in unbelievable facts about Ecuador, we have exactly what you are looking for. We tell you why Ecuador is the country closest to space, what has caused a riot in Quito in 1949 and many more. If you like that article we can also highly recommend you our books we have written about our best fun facts but if you like to get something for free first you only need to subscribe to our newsletter and we will give you our eBook with our 500 best fun facts as a gift for joining our Facts Club. If this is still not enough to convince you of our great fun facts, you might want to check out our YouTube channel.

1. The Yasuni National Park in Ecuador is one of the most biologically diverse spots on Earth. In just a single hectare over 100,000 different species of insects can be found there which is roughly the same amount of insect species that can be found in all of North America.

2. In June 2012 Ecuador granted political asylum to WikiLeaks founder Julian Assange. In January 2018 Ecuador even granted him the Ecuadorian citizenship, but this was suspended in 2019.

3. Ecuador is by far the largest exporter of bananas. In 2018 they were accounting for almost 24 percent of all bananas exported. We also have a lot of more facts about food.

4. In 1949 the book “The War of the Worlds” by H. G. Wells was broadcasted via radio in Quito, Ecuador. The people listening to the show were thinking that this fictional story of aliens arriving on Earth was real, leading to a panic in the city. After it was revealed that the broadcast was fiction, the panic transformed into a riot resulting in at least seven deaths and the radio station was burned down.

5. Ecuador is named after the equator which runs through the country making it the only country in the world named after a geographical feature.

6. In 2008 Ecuador was the first country to recognize the rights of nature in its constitution. Under the law nature is no more treated as property but acknowledge that nature has “the right to exist, persist, maintain and regenerate its vital cycles”.

8. Quito in Ecuador is the second highest capital in the world. Only La Paz in Bolivia lies higher. See here even more facts about Bolivia.

9. In Ecuador it is compulsory for all citizens between the ages of 18 and 65 to vote in elections.

10. The Panama Hat is actually from Ecuador. The name however originates in the 1850s when people from Ecuador emigrated to Panama where they produced and sold these hats at much greater volume as they did before in Ecuador.

12. Due to the fact that the equator runs through the country of Ecuador there is almost no change in the length of a day from winter to summer in Ecuador. The Sun almost ever rises and sets at 6 am and 6 pm.

13. As Earth is “thicker” around the Equator than measured around the poles the summit of Mount Chimborazo, Ecuador’s highest mountain, is the farthest point from the Earth’s center. It is therefore also the point on Earth closest to the Sun. Are you interested in more trivia about the sun? Just click on that link.

14. From 1822 to 1830 Ecuador was once united with Colombia, Venezuela, Panama and northern Peru as a nation called Gran Colombia.

15. Ecuador is home to the Galápagos Islands, an archipelago of volcanic islands. Charles Darwin visited the islands in 1835 and his observations and collections contributed to the inception of his theory of evolution by means of natural selection.

17. In 1997 Rosalía Arteaga became the first female President of Ecuador but only served for two days after she got sworn out by the Congress and the army of Ecuador.

18. Around the region of the Ecuadorian city of Quito, a large number of the inhabitants suffer from a special form of dwarfism. The genetic mutation which inhibits growth also protects those affected from all forms of cancer and diabetes.

19. Brazil shares a border with all South American countries except for Chile and Ecuador. We also have a list of many other Brazil facts.

We hope you like our 19 fun facts about Ecuador so make sure to write us a message telling us your opinion. In case you are aware of even more Ecuador facts please also write us a message so that we can add your trivia information to this list. If you are hungry for more fun facts, we can also recommend our lists of interesting facts or random facts. We also have a dedicated category full of country facts so make sure to check that out if you want to learn more about other countries. You can of course also follow us on Instagram, Pinterest, Twitter or Facebook.

Apart from be above listed fun facts about Ecuador you might also be interested in some more general facts about that country. See them here: