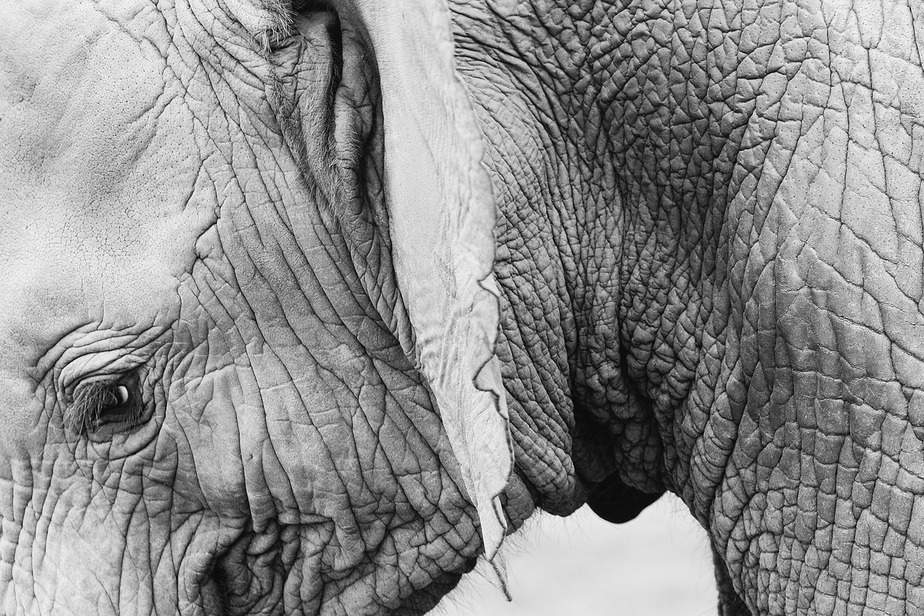 Elephants are the biggest land animals on Earth and can be as emotional and intelligent as humans so we thought we have to pay tribute to these incredible mammals. We found 23 amazing facts about elephants we want to share with you so let us know what you think about them. We think these facts are absolute elephant-astic! Did you get that joke? Elephant and fantastic? Ok not that funny but our facts are much better.

1. Elephants are able to recognize themselves in a mirror. Even most primates do not have this mental capacity.

2. The word “elephant” is the Latinized form of the Greek word “elephas” which means “ivory”.

3. Although often shown in cartoons elephants do not really like peanuts. They don’t eat them in the wild, nor are peanuts a typical diet for captive elephants.

5. Elephants are afraid of bees. Some farmers even have been seen to utilize beehives to deter elephants from coming onto their land.

6. In Sri Lanka, killing an elephant is punishable by death.

7. Female elephants older than 60 years are still able to give birth.

8. An elephant calf is almost blind after birth however it can recognize its mother by touch, scent, and sound. It needs to stay very close to its mother for the first couple of months.

9. Elephants only need about four hours per night for sleeping. They even spend half of their sleep standing up.

11. The drug carfentanyl is considered to be 5,000 times stronger than heroin. The substance was originally used to anaesthetize elephants, but it is increasingly being used by humans as a drug.

12. Female elephants live in small groups of about 15 animals. They are all related and usually led by the oldest in the group.

13. Like a hug or a handshake, elephants intertwine their trunks when meeting as a show of acceptance and affection.

14. Asian elephants can’t run. This would require lifting all four feet at once but due to their own physiology they are not able to do this.

15. A fully-grown elephant can drink about 53 gallons of water within five minutes.

17. An elephant’s trunk has more than 40,000 muscles in it and is weighing up to 400 pounds. Nevertheless, it is so dexterous that he can pick up tiny things like a single grain of rice.

18. Female elephants undergo the longest pregnancy of all land mammals. They are pregnant for 22 months.

19. The South African rock hyrax is only 20 inches tall, weighs about 8.8 pounds and looks like a big guinea pig. Nevertheless, its closest relative is the elephant.

20. Just like whales, elephants and hippos can communicate with their fellow creatures over long distances via infrasound.

21. While swimming elephants use their trunks as snorkels.

22. There are three different species of elephants living in the world: Asian elephants, African elephants and Savannah elephants.

23. In Kenya, elephant droppings are used to make paper. 110 pounds of excrement can be used to produce 125 pages of paper. The proceeds from the sale of the paper are used to expand the elephant reserve.

I hope you liked our 23 fun facts about elephants as much as we do. Elephants are one of the most amazing animals in the world so it was a pleasure for us to appreciate their beauty by sharing these elephant facts with you. Please let us know if you know even more facts about elephants so that we can add them to our list. If you like more fact lists like this we have a lot of other random facts, interesting facts, strange facts, amazing facts or just fun facts. You can also follow us on Pinterest, Twitter, Facebook or Instagram for daily new facts and you can also subscribe to our newsletter to receive always the latest stories we created for you.

If you like that article we would also appreciate your support by sharing it with your friends and family. You would not just do us a favor but also your relatives by making them more intelligent and letting them know more facts about elephants.