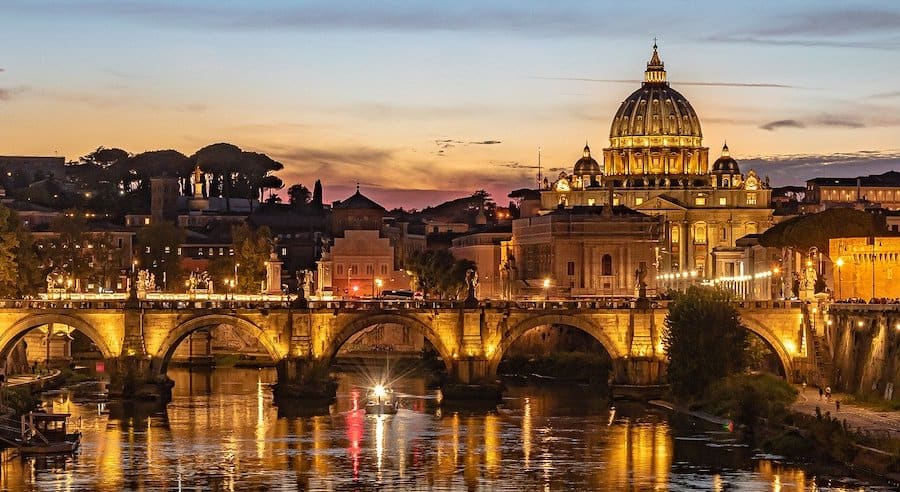 Europe is home to some of the most-visited countries in the world yet most people know so less about it. We therefore tried to get you the most amazing and unbelievable fun facts about Europe to give you more insights on this incredible continent. Make sure to share with your family and friends to impress them with these fascinating little known facts.

1. In almost every city in France there is a street named after famous French writer Victor Hugo.

2. Big Ben is only the name of the main bell in the belfry of London. The correct name of the bell tower is “Clock Tower”.

4. Berlin is almost 9 times bigger than Paris and has even more bridges than Venice.

5. With more than 4,000 kebab shops Berlin has more kebab restaurants than Istanbul.

6. The Italian “San Marino” is the oldest republic in the world.

7. In Denmark you are only allowed to name your child any one of 18,000 approved female names and 15,000 approved male names. If parents want a more unique name, they have to receive a permission from the Danish government to do so.

9. France is sometimes known as “The Hexagon” as its country shape seems to have six sides.

10. Iceland has the lowest population density in the EU – only 9.1 people per square mile.

11. Switzerland has the highest consumption of chocolate per capita. On average each Swiss person consumes 8.8 kg per year.

12. In the Trevi Fountain in Rome 3,000 Euros is thrown in by tourists every day.

13. The Italian state of Bellagio, namesake of the Las Vegas hotel with the same name, has fewer inhabitants than the hotel has rooms.

14. The British Library is the second largest library in the world. Only the Library of Congress in Washington D.C. is larger.

18. In Greece, there are over 2,000 people who have registered as officially practicing the religion “Hellenism”. This means that they believe in the ancient Greek gods like Zeus, Poseidon or Aphrodite.

19. In Scandinavia there are 11 villages that have names that are only a single letter long. In Norway there are already six villages called “Å”.

20. In Stockholm Sweden, there is a pilot project, which involves receiving an SMS when someone has a heart attack nearby and the ambulance has been called. Then the receiver can rush to the location and execute a heart lung massage. So far 9,500 people have joined this project and in 54 percent of the cases, people reach the location before the ambulance and were able to provide assistance. If you want to learn more about this Europe Fact you should check out the dedicated article we wrote about the SMS Lifesaver program in Sweden.

21. During World War II London became the capital city of 8 countries at the same time. It was a safe haven for the governments-in-exile of Poland, Norway, the Netherlands, Belgium, Luxembourg, Czechoslovakia, Greece and Yugoslavia.

22. The first printed book was published in German. It was the Bible.

23. In Stockholm, Sweden, there is speed camera which raffles the income from speeding tickets among those who drive at the correct speed.

24. In France, the national fencing federation recognized light saber fencing as an official competitive sport in 2019. Instead of saber, foil or sword, the fighters use replicas of light sabers from Star Wars. With this campaign, the association hopes to get more young people interested in fencing.

25. In France there is a village named “Pussy“.

Read More: 83 Crazy Facts About The USA – A Full List!

26. The national animal of Scotland is a unicorn.

27. In Italy on New Year’s Eve, traditionally one wears red underwear to have luck for the new year.

28. Founded in 935, the Danish monarchy has been ruling over the country for more than 1,000 years making it not just the oldest of Europe’s royal families but also the oldest monarchy in the world.

30. In France people were killed by the guillotine up until 1977. Do you like that Europe Fact? We have plenty of other historical facts as well.

31. The most common first name in Italy is Russo.

32. In the town of Caldari di Ortona in northern Italy, a local vineyard installed a fountain that spills red wine instead of water.

33. Europe is named after the Phoenician Princess “Europa”. In Greek mythology it is said that Zeus felt in love with her and kidnapping her by taking her to the island of Crete.

34. In France it is prohibited by law, to name a pig “Napoleon”.

35. The monument of Stonehenge claimed to be one of the oldest monuments in the world. Scientists believe that the object was built over 4,500 years ago.

36. There are no mosquitoes in Iceland. Scientists are not sure why this is the case, but it is suspected that the special weather conditions of Iceland have something to do with the phenomenon.

37. The first postage stamp was created in Great Britain. It was designed in May 1840 and it featured the figure of Queen Victoria.

Read More: 53 Fun Facts About France You Need To Know

38. Neptune, Saturn and Venus are the names of three seaside resorts in Romania.

39. Every year on 13 October, Finland celebrates the official day of failure.

40. In Spain there is a comedy club in which you pay per laugh.

41. France has won more often the Nobel Prize for Literature than any other country in the world.

42. Bulgaria has never changed its name since adopting it in 681 AD.

43. Champagne comes exclusively from a region in France called „Champagne“. If it doesn’t come from there, it is simply called “sparkling wine”.

44. In Denmark, there is a tradition that if you are not married by your 25th birthday, your friends and family will shower you with cinnamon.

45. The Zoological Garden in Berlin is the largest zoo in the world.

46. The highest toilet in Europe is on top of Mont Blanc in France. It sits at an elevation of 2.6 miles (4.2 kilometers).

47. Because of the large number of trees London can be recognized as forest based on UN definition.

48. In 1755, Lisbon was hit by a strong earthquake that destroyed almost all the Catholic churches in the city, while all the city’s brothels remained largely intact. The event ushered in a long-lasting crisis of faith in Portugal. Isn’t that an incredible story? If you want to learn more about it make sure to read our article about that fun fact.

49. The city with the longest name in the world is Llanfairpwllgwyngyllgogerychwyrndrobwllllantysiliogogogoch and is located in Wales.

Read More: 48 Fun Facts About Russia That No One Else Tells You

51. The croissant is not a French creation, but an Austrian creation.

52. Taking into account the French overseas regions in the Pacific, Atlantic and Indian Oceans, France is the country with the most time zones. In total, there are twelve different ones.

54. Since 1944, Iceland does not have its own army, and have not been attacked by other countries since.

55. Approximately 20 percent of the French landmass is outside of Europe. For example the islands Martinique and Guadeloupe are in the Caribbean Sea.

56. Italy, Spain, and France are the world biggest wine producing countries. Together they account for about 50% of the total wine production in the world.

57. For years, Liechtenstein and Haiti had the same flag, which was only noticed when the two nations met at the 1936 Olympic Games. A year later, the flag of Liechtenstein was therefore adorned with the symbol of a golden princely hat.

58. Rome holds the world record for the city with most elevators.

59. The country with the highest population density is Monaco. There, an average of 49,106 people share one square mile.

61. The oldest bar in Ireland, which still exists, was opened 900 years before Christ.

64. Every year, Finland grows by about 2.7 square miles. Due to melting glaciers, the land mass becomes lighter and slowly rises out of the sea.

66. For a long time, it was tradition in Ireland that one liter of Guinness beer was given for each liter of donated blood.

67. France is the most visited country by tourists in the world.

68. France was the first country to introduce the vehicle license plate on August 14, 1893.

How did you like our 68 incredible fun facts about Europe? We hope you learned quite a lot of new stuff but let us know if you know anything more than we do by sending us a message. If you like to see more interesting trivia facts just follow us on Pinterest, Twitter, Facebook or Instagram for daily new fun facts about everything.