HomeFacts53 Fun Facts About France You Need To Know 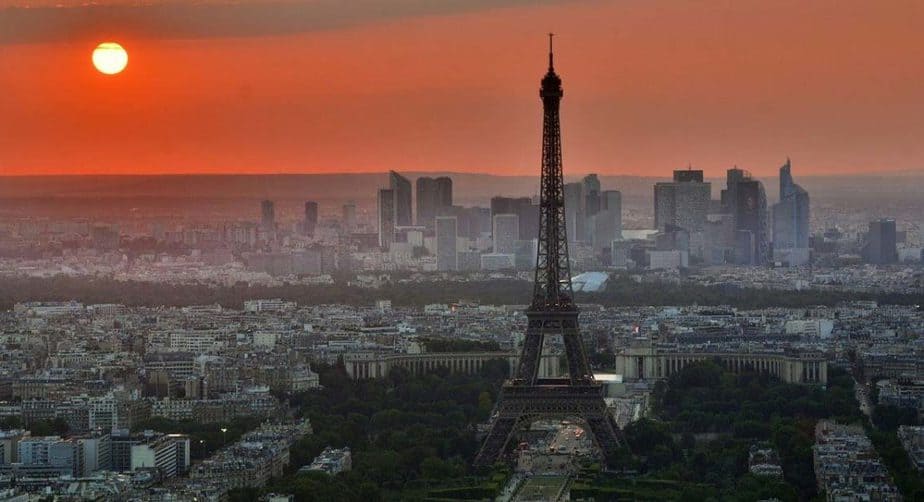 53 Fun Facts About France You Need To Know

France is not just the biggest country of the European Union but has so much more to offer. Most people now think of course about the Louvre or about the Eiffel Tower, but we have found so many interesting facts about France we had to share this with you. If you ever wanted to know what the word “Chauffeur” means or why we use to refer to the left-wing and right-wing when talking about political parties, then you should continue reading.

1. In France it is not prohibited to marry a dead person.

2. Taking into account the French overseas regions in the Pacific, Atlantic and Indian Oceans, France is the country with the most time zones. In total, there are twelve different ones.

3. In France there is a village named “Pussy”.

4. The Bourbon vanilla takes its name from the island of Réunion, where the black pods are grown. After the occupation by the French King Louis XIII, the island was called “Bourbon” after the name of his noble family.

5. Champagne comes exclusively from a region in France called „Champagne“. If it doesn’t come from there, it is simply called “sparkling wine”.

6. The unit of one “meter” was first introduced during the French Revolution and was defined as one ten-millionth of the distance between the North Pole and the equator.

7. The movie “French Kiss” is called “English Kiss” in France.

8. The most frequently visited tourist attraction in Paris is not the Eiffel Tower or the Louvre, but Disneyland.

9. In France people were killed by the guillotine up until 1977.

10. In France it is prohibited by law, to name a pig “Napoleon”.

11. Approximately 96 percent of all French secondary schools have condom vending machines on their grounds.

12. In France, the national fencing federation recognized light saber fencing as an official competitive sport in 2019. Instead of saber, foil or sword, the fighters use replicas of light sabers from Star Wars. With this campaign, the association hopes to get more young people interested in fencing.

13. In 1835, an assassin tried to kill the King of France Louis Philippe I with a homemade rifle. Due to the rifle’s poor construction, however, it exploded before the assassination attempt, killing 18 passers-by. The King of France himself was only slightly wounded.

14. France is the most visited country by tourists in the world.

17. The Frenchwoman Jeanne Calment holds the world record as the longest living human being. She was the first person to verifiably live to celebrate her 116th to 122nd birthday. She was born in 1875, saw the Eiffel Tower being built, sold paint brushes to Vincent van Gogh and died in 1997 at the age of 122.

18. When Hitler visited Paris during World War Two, activists cut the elevator cables of the Eifel Tower so that he had to climb the stairs all the way to the top.

19. The Tour de France cycle race is now running for over 100 years.

20. France is sometimes known as “The Hexagon” as its country shape seems to have six sides.

21. At least 40 percent of the music on private radio stations in France must be of French origin.

23. More than 800 castles are currently on sale in France.

24. During World War II, the French weightlifter Charles Rigoulet was sent to a Nazi prison. He broke out by bending the metal rods of his prison cell and was even able to free several other fellow prisoners.

25. In September 1719, prisoners in Paris were released under the condition that they marry a prostitute and emigrate to Louisiana, USA. The objective was to advance French colonies along the Mississippi.

26. A study from 2003 concluded that French people, among all nations, have the most frequent sex.

27. When the Mona Lisa was stolen from the Louvre in 1911, Pablo Picasso was one of the suspects.

28. Between 1814 and 1830 the official flag of the Kingdom of France was simply a plain white flag with no other colors, to symbol purity and royal authority.

29. France gifted the Statue of Liberty to the United States in 1886 for its centennial celebration. It took 4 months to assemble the 350 pieces.

30. France was the first country to introduce the vehicle license plate on August 14, 1893.

32. The croissant is not a French creation, but an Austrian creation.

33. The Democratic Republic of the Congo is the most populated officially Francophone country, not France.

34. After the death of Leonardo da Vinci, King Franz I. of France hung up the Mona Lisa in his bathroom.

35. Instead of “LOL” people in France say MDR for “mort de rire”, which means laughing to death.

36. There are more people speaking French in Africa than in France. Did you like that fact and want to learn more about Africa? We have a great article full of facts about Africa you should definitely read.

39. France has won more often the Nobel Prize for Literature than any other country in the world.

40. In 2017 Emmanuel Macron became the youngest President of France ever at the age of 39.

41. During World War II, women in France who had relations with German soldiers were shaved bald so that everyone could see that they had betrayed their country.

42. Of all the countries that celebrate an Independence Day, 26 became independent of France.

43. Saint Pierre and Miquelon is a French island just 15 miles (25 km) off the coast of Canada. 6000 French citizens live there.

45. Approximately 20 percent of the French landmass is outside of Europe. For example, the islands Martinique and Guadeloupe are in the Caribbean Sea.

47. Using the terms “left-wing” or “right-wing” to describe a political party began in France during the French Revolution. In its National Assembly the „party of movement“ sat on the left and the „party of order“ sat on the right.

48. Paris was a Roman city 2,000 years ago. In those days it was known as “Lutetia” which either derives from the Celtic word for „mice“ or „swamp“.

Read More: 15 Facts about Einstein – The Only List You’ll Ever Need

49. In medieval France, women were among others punished by being forced to catch a chicken in the city while naked.

50. “Chauffeur” is the French word for heater, because the first cars were steam-powered and had to be heated.

51. Louis X of France died after a particularly exhausting game of tennis. Louise drank a large quantity of cooled wine and subsequently died of either pneumonia or pleurisy.

52. It is just a common myth that Napoleon had a short stature. In fact, he was slightly taller than the average Frenchman.

53. Between 1663 and 1673, Louis XIV, the King of France, sent 800 women to Canada to promote the settlement of a predominantly male French colony. The deployment of the so-called “Daughters of the King” (“filles du Roy” in French) quickly proved effective. The colony’s population doubled within ten years, and it is estimated that about two thirds of all French Canadians can trace their roots back to these 800 women.

What do you think about our 53 fun facts about France? Did you know some of them already and which fact was new to you? Please feel also free to leave us a comment if you know any other facts that we need to mention here. If you want to read even more interesting facts you can find them either in our general Facts section or in our section dedicated to facts about every country. Or just follow us on Facebook, Instagram, Twitter or Pinterest for new facts each day.

Apart from be above listed fun facts about France you might also be interested in some more general facts about that country. See them here: