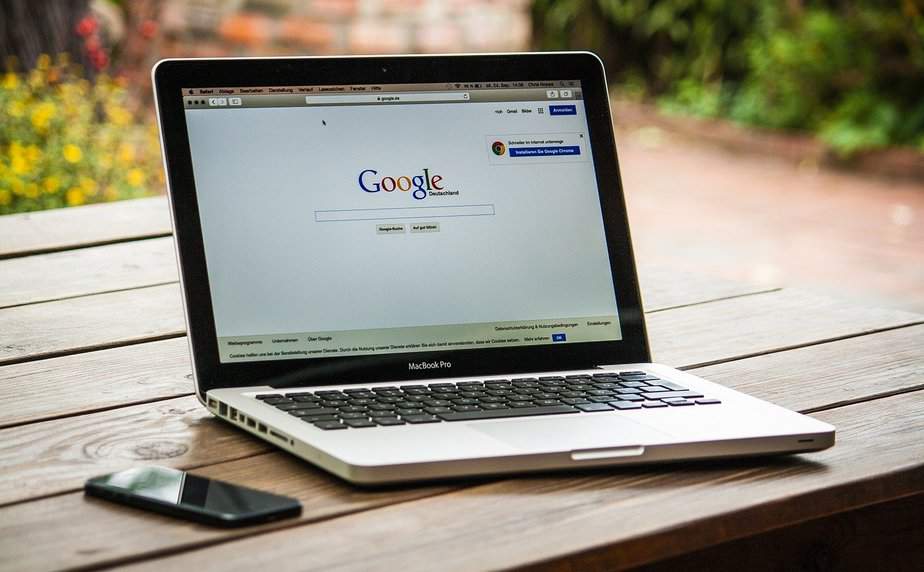 We are all using Google every day, but do you also know the most incredible facts about Google? There are so many things worth mentioning about this company that we thought we should give it its own fact article. Although Google is a pretty young company it has already achieved so many incredible things that we do not know where to start. Have you ever heard what “Google” stands for or why there is a skeleton of a Tyrannosaurus Rex on the Google campus? We tell you all the crazy Google facts but see it on your own.

1. The first Google Doodle was the Google logo including a Burning Man stick figure and came out on the 30th of August 1998. The intention for it was to show everybody that both founders Page and Brin attended the festival.

2. If you Google “elgooG”, you will get to a mirrored Google.

4. google.com is the only website that maintains that users should spend as little time on it as possible.

6. When Google shut down for five minutes in 2013, the world internet traffic decreased by 40 percent.

7. The name “Google” is derived from the word “googol” which denotes a one followed by one hundred zeros.

9. The first server at Google was built from legos.

10. The smartphone operating system Android was bought by Google in 2005 for 50 million US-Dollar and the first Android device was launched in 2008.

12. All Google employees in the US get death benefits which guarantee that surviving spouse will receive half of the last salary of the deceased employee each year for ten years.

13. In addition to the domain google.com, Google also owns all the domains that users typically enter when they mistype: gogle.com, gooogle.com, googlr.com. The numbered variant 466453.com also belongs to the search engine company.

14. In 1999 the founders of Google wanted to sell their company to one of its biggest competitors “Excite” for one million dollars but were rejected.

15. There are currently over 3 billion websites in Googles index.

16. It’s an internal rule at Google that no part of a Google office should be further away than 150 feet from some kind of food.

17. After Google installed the “Did you mean” function in its search engine, the number of search queries doubled almost overnight.

Read More: 20 Facts About Nikola Tesla That Will Give You Shock Waves!

18. Instead of using lawn mowers, Google has about 200 goats that graze the grass on the Google site.

19. Google co-founders Sergey Brin and Larry Page originally named Google “Backrub”. It was released in August 1996 and renamed to “Google” in 1997.

20. The Google website is available in more than 80 languages including Hausa, Yoruba, Somali, Mongolian, Nepali, Punjabi, Igbo, Zulu and Maori.

21. Netflix has existed longer than Google.

22. Google employees are allowed to use 20 percent of their working time every day for their own individual side projects. Among other things, this has led to the development of Google News or Google Mail.

23. There are currently more than 28 million miles of photographed roads in Google Street View available.

24. The phenomenon that people forget things which are easy to look up on Google, is called the “Google Effect”.

25. There is a skeleton of a Tyrannosaurus Rex on the Google campus. It is supposed to remind employees not to let Google die out.

26. Google Maps calculates the traffic on roads by tracking how fast Android smartphones are moving on the road.

27. YouTube was bought by Google in 2006 for 1.65 billion dollars. Up till then it was the largest purchase Google has made.

28. You can watch a 360-degree view of the Mount Everest base camp in Google Street View.

29. The term “to google” was added to the Oxford English Dictionary in June 2006. It was defined as “Search for information about (someone or something) on the Internet using the search engine Google.”

31. Google uses camels with a camera attached in the desert to get images for Google Street View. Google Street View also allows you to view images of other remote locations such as the Great Barrier Reef in Australia.

32. Google considers more than 200 factors for the calculation of its search results.

How did you like our facts about Google? It’s quite amazing that a service we are using every day can still surprise us in so many ways. Of course, Google is earning money with the data of its users but still, we can be thankful for all the great services Alphabet is offering to us. No matter if you are a Google fan or even more prefer Bing or other search engines, we hope there were some great Google facts which you haven’t seen so far anywhere else.