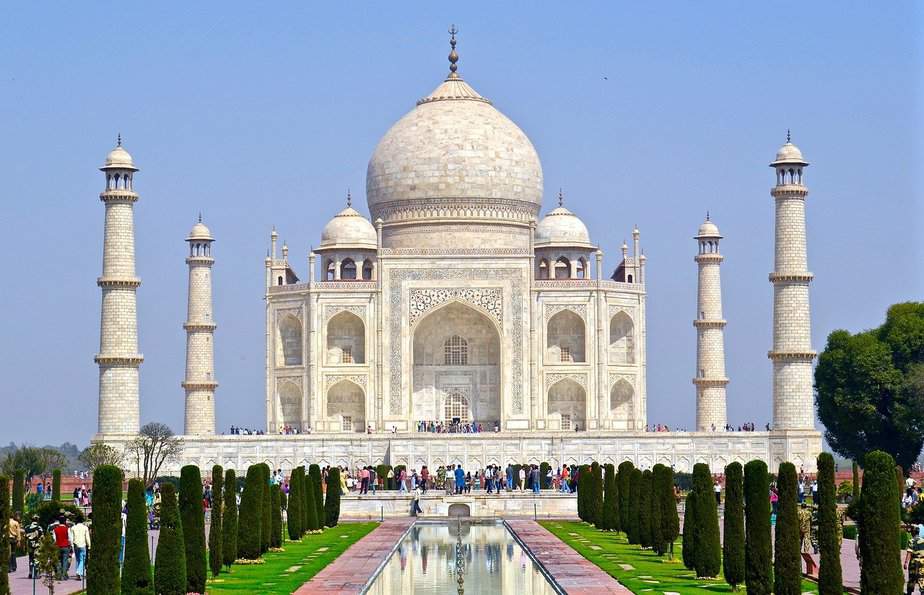 Have you ever heard that the Arabic numbers we are now using have originated from India? Or did you know that chess was invented in India? If you don’t know what I’m talking about then you should definitely continue reading through our 42 amazing facts about India. We have collected the most surprising facts you probably have never heard about. So let us know down in the comments how many facts you have been aware of and how many of them have been new to you.

1. The white tiger is a pigmentation variant of the Bengal tiger and can only be found in India.

2. India has the biggest population of vegetarians in the world.

3. An estimated five million landmines are still buried in India.

Read More: 48 Fun Facts About Russia That No One Else Tells You

5. Indira Gandhi was the first and only female Prime Minister of India to date.

6. With more than 150,000 post offices India has the largest postal system in the world.

7. The full name of Mahatma Gandhi was Mohandas Karamchand Gandhi.

8. During the general election in 2014 more than 540 million people have voted. That’s more than the entire population in the USA, Japan, United Kingdom and Australia combined.

9. In India there are milkshakes with marijuana.

10. Chess was invented in India.

11. In addition to the known blood types of the AB0 system, there is a fourth, very rare variant. It is colloquially called the Bombay blood group, since only about 20,000 people worldwide have this blood group, almost all of whom come from India.

12. Indian city Baktwang houses the world’s biggest family. In a 100 room and four-story house lives a family of 39 wives, 94 children and 33 grandchildren.

13. The “Lonar Lake” in Maharashtra, India was created by an asteroid collision with Earth.

14. India has the second largest English-speaking population in the world.

15. The Olympic Games have never been hosted by India.

16. The Indian state railway company employs more than one million people. This makes the company the world’s largest employer in the world.

17. Almost 81% if the Indian population identifies itself as Hindu. Together with Mauritius and Nepal these are the only three countries in the world where Hinduism is the main religion in the country.

18. In India, forest workers wear masks with a picture of a human face on their back of the heads so that they are not attacked by tigers.

19. The number Zero was invented by an Indian mathematician named Aryabhatta.

20. The name „India“ is derived from the river Indus. In the early days of the country people used to settle around that river.

21. Although India is the 7th largest country in the world it has just one time zone.

22. The world‘s first university started in India 700 BC.

23. The “Kumbh Mela” in India is not just the biggest festival in Hinduism but also the biggest event in general. The range of estimated attendees is between 30 million to 60 million people. It’s so large that it can even be seen from space.

25. Every day more than 4,700 newspapers are produced in India. They are written in more than 300 languages.

27. India is the world’s largest producer of tea.

28. There are at least 122 languages actively spoken in India and the Indian constitution lists 22 official languages.

29. The West Indies lie in the Atlantic Ocean, east of Central America.

32. The Lotus Temple in India is open to everyone, regardless of their religion.

33. The medicine Imatinib is used to treat leukemia and costs 65,000 dollars for a year’s supply. In India the same medicine is available for 2,500 dollars a year, because the pharma company could not patent it there.

34. India is the 7th largest country in the world.

35. The so called „City Montessori School“ in India is the largest school in the world. There are more than 51,000 students and 2,500 teachers.

36. In India, 45 percent of all residents have a mobile phone, but only 30 percent have access to a toilet.

37. With 16% of total global production India is the world largest producer of milk in the world.

40. Varanasi in India, formerly known as Benaras, is the oldest continuously inhabited city in the world. It is said that even Buddha has visited that city.

41. With more than 300,000 mosques India outnumbers any other country in the world.

42. The Arabic number system used around the globe today was originally developed in India and was only disseminated throughout the world by Arabic researchers.

How did you like our India facts and how many facts did you know already? We are curious to know your results so be sure to leave a comment. If you like that article be sure to also visit one of our other fact articles. We have plenty more of them which you can all find either in our general Fun Facts section or in our section dedicated to facts about every country. Or just follow us on Facebook, Instagram, Twitter, or Pinterest for new facts each day.

Apart from the above listed fun facts about India you might also be interested in some more general facts about that country. See them here:

How old is India?

The first modern humans arrived in Indian from Africa between 73,000 and 55,000 years ago.

What is the best fun fact about India?

There are a lot of interesting facts about India but our most favorite fact is that with more than 150,000 post offices India has the largest postal system in the world.

Where is the largest school in the world?

With more than 51,000 students and 2,500 teachers the so called „City Montessori School“ in India is the largest school in the world.