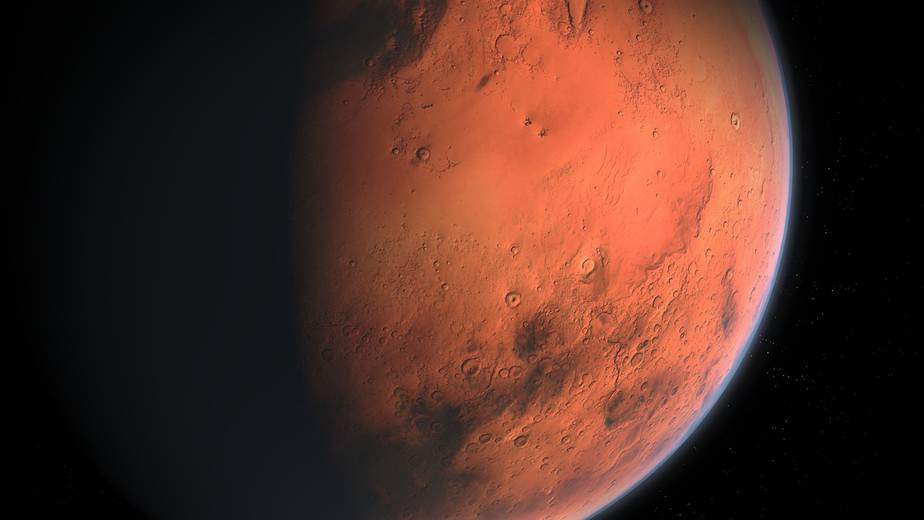 Mars might only be the second smallest planet in our solar system but there are so many fun facts about it we have to share with you. Do you know why Mars has a red surface or when the first map of Mars was drawn? We tell you all the answers and a lot more. If you like that article, make sure to share it with your friends and family and if you know even more Mars facts make sure to share them with us so we can add your facts to our list. We also want to highlight that we are now on YouTube with our own channel full of videos about our best stories and facts. Make sure to subscribe and never miss a video.

1. Mars has the largest dust storms in the Solar System, reaching speeds of over 100 miles per hour (160 kilometers per hour).

2. On 13 February 2019, NASA officially lost contact with its Mars rover “Opportunity”. Originally, the rover was planned to be used for only 90 days, but instead it would continue to send data to Earth for more than 15 years. Contact was ultimately lost when the rover got caught in a sandstorm.

3. The first person who saw Mars via a telescope was Italian astronomer Galileo Galilei in 1610. If you are interested in Galileo we have many more facts about him.

4. The first map of Mars was drawn by Johann Heinrich Mädler in 1840 after ten years of observations.

5. In 1976 the Viking 1 spacecraft was the first spacecraft to land on Mars being able to send data to Earth.

6. On its first anniversary NASA’s Curiosity Rover sang “Happy Birthday” to itself on Mars.

7. The human circadian rhythm is better suited to life on Mars than on Earth.

8. In 1726 Jonathan Swift wrote in his book “Gulliver’s Travels” about the two moons of Mars 151 years before they were even discovered.

9. Mars is the second smallest planet in the Solar System after Mercury.

10. In 2014 India launched a spacecraft to Mars at a total cost of only 75 million US-Dollar. This was even cheaper than the production of the movie “Gravity”.

11. Mars is the only known planet which is inhabited solely by robots.

12. Mars is named after the Roman god of war due to its red color looking like blood.

13. In Greek, the planet Mars was known as Ares.

14. Due to its extreme dryness, the Atacama Desert in Chile is one of the best environments on Earth to recreate conditions on Mars. Even NASA Mars rovers are tested there.

15. Mars is the only other planet besides Earth that has polar ice caps. The same applies also to Pluto or other moons in our solar system however these are no planets.

16. Mars is red as his surface contains lots of iron oxide which is also the same compound that gives blood and rust their red tone.

Read More: 27 Facts About The Sun That Will Light Your Fire

17. Over 100,000 people have applied for the Mars One project which will be first one-way trip to colonize Mars.

18. Even though Mars has only 15 percent of the Earth’s volume Mars and Earth have approximately the same land surface area due to the fact that the largest part of Earth’s surface is covered with water.

21. Three men from Yemen accused NASA for “settling” on Mars. According to the men, their ancestors gave it to them 3,000 years ago.

22. Sunsets on Mars appear in a blue tone.

23. Mars has its own flag which was designed by NASA engineer Thomas O. Paine in 1984.

25. It has been known since 1971 that the Olympus Mons volcano on Mars is the largest known volcano in our solar system. By comparison, it was not until 2013 that the largest volcano on Earth was discovered: the Tamu Massif in the Pacific.

26. It would take more than six of Mars to fill the volume of Earth.

27. Around 4 billion years ago Mars had an oxygen-rich atmosphere.

28. Mars has no magnetic field.

29. NASA has special wristwatches produced for some of its employees that show the time of day on Mars.

31. Mars has about one-tenth of the mass of Earth. Here you can find even more facts about Earth.

32. On Mars the Sun appears about half the size as it does on Earth.

33. NASA calculated that sending a letter to Mars would cost approximately 18,000 US-Dollar.

What do you think about our Mars facts? What was your favorite fact and do you know even more? Write us a message and let us know. If you want even more facts like this just visit our section facts for our best facts lists and all the stories behind the facts. We also published some books with our most amazing fun facts so have a look if you are interested. You can of course also follow us on Instagram, Pinterest, Twitter or Facebook for new facts and trivia every day. We are looking forward to meeting you there.