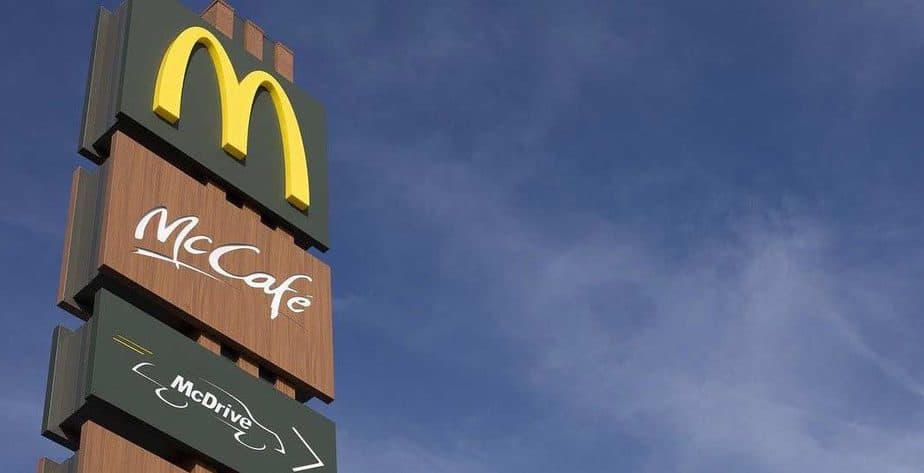 Although it’s not the biggest franchise in the world anymore McDonald’s is still one of the largest brands people know all around the globe. We therefore thought it’s worth sharing some of the greatest facts about McDonald’s people are usually not aware of. Enjoy the following 32 facts and leave a comment with how many facts you already know.

1. More people know the logo of McDonald’s than the Christian Cross.

2. It takes an average employee at McDonald’s about seven months to earn the amount the CEO makes in one hour.

3. McDonald’s earns 8.7 billion dollars a year though franchise revenue only. That is more than the gross domestic product of Mongolia.

4. Between 2011 and 2013, McDonald’s has opened one branch a day in China. Looking for even more fun facts about China? We have so many of them.

5. Every year McDonald’s buys about 2 billion eggs only for their U.S. restaurants alone.

7. The Queen of England owns a McDonald’s restaurant 60 miles west of London.

8. McDonald’s caesar salad is more fattening than their hamburger.

9. In an online petition, 87,000 people voted for McDonald’s to serve a vegetarian burger.

10. McDonald’s is the biggest customer of Coca Cola. If you are interested about more Coca-Cola facts, just click on that link.

11. The weirdest things that have been found in food sold by McDonald’s are: bandaging material, the head of a chicken and a dead rat.

12. Each year, about one million new employees are hired by McDonald’s in the U.S.

13. The McDonalds on the Champs-Elysées, in Paris is the only restaurant of the fast food chain with white arches instead of the traditional golden arches.

14. McDonald’s largest market outside the U.S is Japan, with almost 3,000 restaurants.

15. McDonald’s Big Mac is used as an economic index to compare the purchasing power between different currencies and countries.

16. There are more public libraries in the U.S. than McDonald’s restaurants.

17. With 700 seats Russia is home to the largest McDonald’s restaurant in the world.

18. Every day McDonald’s serves over 68 million people. This is approximately one percent of the world’s population.

Read More: 82 Crazy Facts About The USA – A Complete List!

19. When McDonald’s opened a restaurant in Rome in 1986, demonstrators handed out free pasta to counter McDonald’s fast food.

20. Before the actor James Franco became successful, he practiced different accents while working as a cashier at McDonald’s to see his customers reactions.

23. McDonald’s also delivers its food – in at least 18 countries around the world.

24. McDonald’s is not the largest restaurant chain in the world. Subway is.

25. Seven percent of all potatoes grown in the US are turned into McDonald’s fries.

27. Before she became famous, the singer “Pink” worked for McDonald’s.

28. 75% of Mexico’s sesame seeds end up on McDonald’s hamburger buns.

29. If McDonald’s was its own country, it would be the 90th biggest economy in the world.

30. After the first drive-in was opened at McDonald’s in China, the system was so strange to the Chinese people that many people ordered their food from their car, parked their vehicle and then went to the restaurant to eat.

The Small World Phenomenon & the Six Degrees of Kevin Bacon