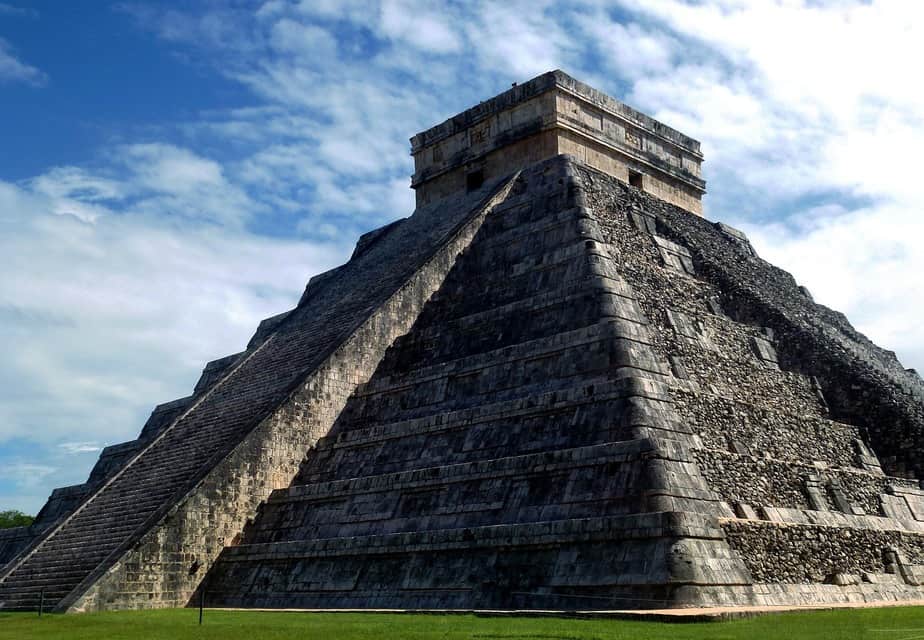 Although Mexico is often labeled as emerging market it is a country full of records, strength, history and beauty. We therefore decided to appreciate that by collecting the most amazing fun facts we have on file and what we collected will surprise you. Did you know that Mexico is actually not the real name of the country or that San Francisco was once part of the Mexican territory until 1848? We explain you all these Mexico facts and many more so definitely check out the following list. If you like that article, make sure to share it with your friends and if you are hungry for more fun facts, we also have many other facts list.

1. The Paricutín volcano in Mexico was not there until 20 February 1943. Witnesses report having worked on a maize field that day and heard a dull “plop”. A day later, the volcano was already 33 feet high, and by the next day it had grown to 164 feet. A year later, the volcano had reached a height of 1,102 feet when it began to spew lava. Today, the volcano is 1,391 feet high and continues to be active.

2. Mexico City is currently sinking by around 3.2 feet (one meter) every year. In the last 60 years, the city has sunk more than 32 feet (10 meters) due to the huge demand for water, which is being taken from the aquifer below the city.

3. San Francisco was part of Mexico until the Mexican-American War in 1848.

5. The Chihuahua is the world’s smallest dog and is named after the Mexican state of Chihuahua. We love that Mexico fact and also have many other dog facts for you.

6. Mexico is the largest silver producing country in the world.

7. In 2009, Marc Aurus – an expert on the prevention of kidnapping – gave a lecture on the topic of “How to avoid being kidnapped in Mexico” and was then kidnapped.

8. Mexico has the highest annual hours actually worked per worker. In 2018 every employee in Mexico worked on average 2,148 hours that year. Interested in some other crazy records? We have plenty of them.

9. Sitting at an elevation of 7,279 feet (2,216 meters) above sea level Mexico City is the most elevated city in North America.

10. It is not completely clear how the Yucatan Peninsula in Mexico got its name however there is one theory saying that in the 16th century Spaniards asked the locals what the place was called, and they replied “yucatán” which in their language means “I don’t understand”.

12. Mexico City is the most populous city in North America.

13. The official name of Mexico is the “United Mexican States”.

14. Mexico is home to the world’s largest bullring. It is located in Mexico City and it seats 41,262 spectators.

16. 75 percent of Mexico’s sesame seeds end up on McDonald’s hamburger buns. We also have many more McDonald’s Facts for your.

17. Mexican children don’t receive presents on Christmas day instead they are receiving them on January 6th.

18. There are butterflies that migrate south every winter, just like birds. Every autumn, the monarch butterfly sets off on its journey from the north of the United States to Mexico, covering a distance of 2,175 miles. Every day, they cover between 44 and 186 miles.

20. The U.S. state New Mexico received its name already in 1563 whereas the country of Mexico only received its name 250 years later in 1821 after dropping the former name “New Spain”. We also have many other great historical facts for you. Just follow that link.

21. The Mexican government recognizes 68 official national languages in their country. However, the vast majority in Mexico speaks only Spanish.

22. Based on GPS user data Mexico City was the “Most Traffic Congested City” in 2016.

23. The Great Pyramid of Cholula at Cholula de Rivadavia, Mexico is the largest pyramid in the world and the largest monument ever constructed. It is 180 feet (55 meters) tall.

24. Pedro Lascuráin Paredes served as the 34th President of Mexico for less than one hour before he quit on February 19, 1913. It was the shortest presidency in the history ever.

Read More: 25 Mega Facts About Venezuela – You Just Have To Know Them

25. The Aztecs were one of the first empire to have mandatory education for nearly all children, regardless of gender or rank.

26. In the 16th century Mexico and several states of the U.S. were united as a nation called “New Spain”. Looking for some interesting facts about Spain? We have a great article about that country!

28. In the history of Mexico, on one occasion, there were three presidents on one day.

29. Mexico City has the largest fleet of registered taxies in the world, at nearly 140,000.

30. Oxford University is older than the civilization of the Aztecs.

31. Mexico has the largest Spanish-speaking population in the world.

32. It is estimated that the Aztecs sacrificed 250,000 people a year which was about one percent of their population.

What do you think about our facts about Mexico and which was your favorite fact? In case you know even more Mexico facts just write us a message and we will add it to our list. We also have a similar list for every other country so make sure to check them out as well. However, if you prefer more general facts we can also highly recommend you our best random facts. You can of course also follow us on Instagram, Pinterest, YouTube, Twitter or Facebook or check out the books we have published for you.

Apart from be above listed fun facts about Mexico you might also be interested in some more general facts about that country. See them here: