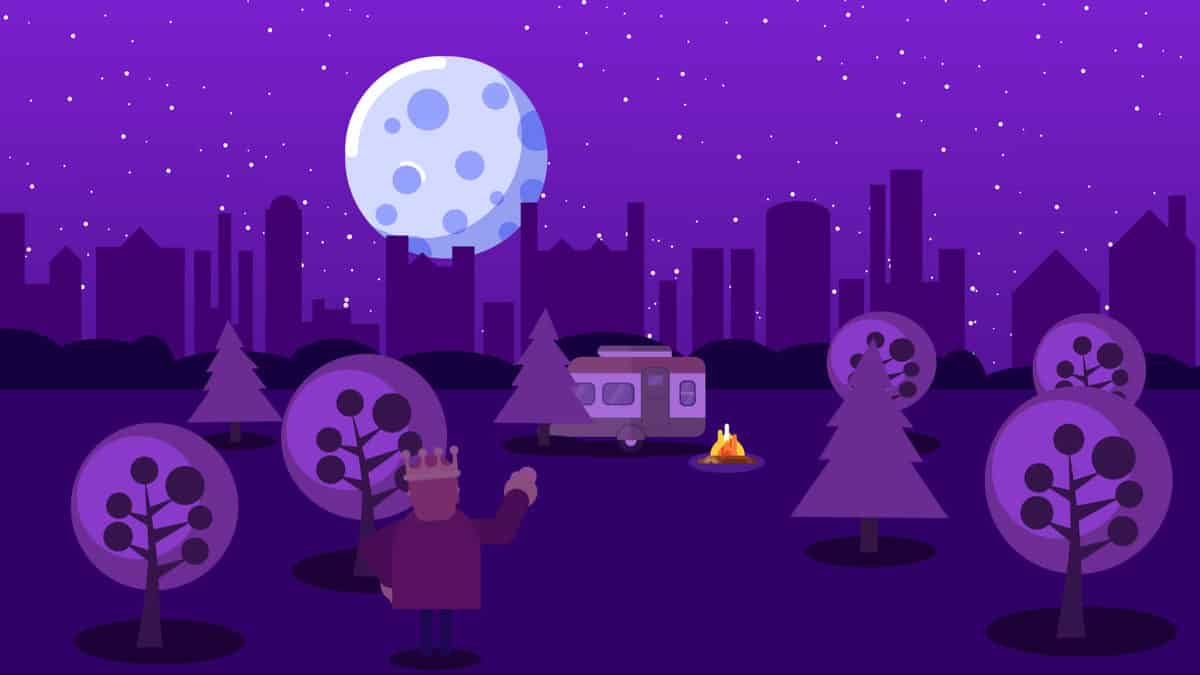 The Moon is Earth’s only natural satellite and causing the tides to rise and fall but we discovered many more amazing facts about that astronomical body. We hope you will enjoy the following 25 fun facts about the Moon. If so why not sharing it with your friends and family? We would really appreciate it.

1. Man has already left over 200 tons of garbage on the moon, including 70 spaceships, backpacks, 96 bags with urine and vomit as well as old boots.

2. Only two people have ever visited the lowest point on earth: the Mariana Trench. It is 36,201 feet below sea level. In contrast, twelve people have already been on the moon. The first man to set foot on the Moon in 1969 was Neil Armstrong while the last man to walk on the Moon in 1972 was Gene Cernan.

3. Seen chronologically, Cleopatra was closer to the moon landing than to the construction of the pyramids.

4. Terminator 2, The Silence of the Lambs, The Beauty and the Beast and the Prince of Bel Air are closer in time to the moon landing than on today’s date.

5. Buzz Aldrin was the first person to have a bowel movement on the moon.

6. The Moon is drifting approximately 1.5 inches (3.8 cm) away from Earth every year and it is estimated that it will continue to do so for around 50 billion years. By the time that happens, the time for orbiting the Earth will be around 47 days instead of the current 27.3 days the Moon needs.

7. The most widely accepted explanation within the scientific community is that the Moon was created when a rock the size of Mars slammed into Earth about 4.5 billion years ago.

Read More: 27 Facts About The Sun That Will Light Your Fire

8. If you could drive directly to the moon by car at a speed of 80 miles per hour, it would take about four months to reach it.

9. NASA plans to grow crops on the moon in the next six years.

10. The Moon is in synchronous rotation with Earth meaning the Moon rotates around on its own axis in exactly the same time it takes to orbit the Earth. As a result, the Moon always shows Earth the same side.

12. The Kennedy Space Center in Cape Canaveral is located at exactly 28 degrees north latitude, as the moon’s orbit is also rotated by 28 degrees relative to the equator. When flying to the moon, you therefore receive maximum momentum from the earth’s rotation.

13. Although the moon is not the largest satellite in the solar system it is the biggest in relation to the planet it orbits.

14. During the Apollo 14 mission in 1971 astronaut Stuart Roosa took 500 seeds into orbit. Later, the seeds were germinated on Earth and were planted at various sites around the US. Although the seeds orbited the Moon but were not landed on it these trees are now called “moon trees”.

15. When the moon is furthest away from Earth, both celestial bodies are so far apart that all the planets in our solar system could fit in between.

16. The rise and fall of the tides on Earth are caused by the gravitational power of the Moon.

17. During a solar eclipse, it appears to observers on earth as if the sun and moon were exactly the same sizes. However, this is only a huge coincidence, because the sun is 400 times as big as the moon, but also 400 times further away.

18. The gravity on the moon is about one-sixth of the earth’s gravitational pull.

19. The 1967 Space Treaty stipulates that no country has the right to annex or occupy a celestial body. At the same time, it prohibits the stationing of nuclear weapons in space or the establishment of a military base or military exercises on the moon. More than 100 states, including the USA and Russia, have signed this treaty.

22. The astronomer Eugene Shoemaker is the only human whose ash was transported to the moon after his death.

24. The first Game Boy had as much computing power needed as for the first moon landing.