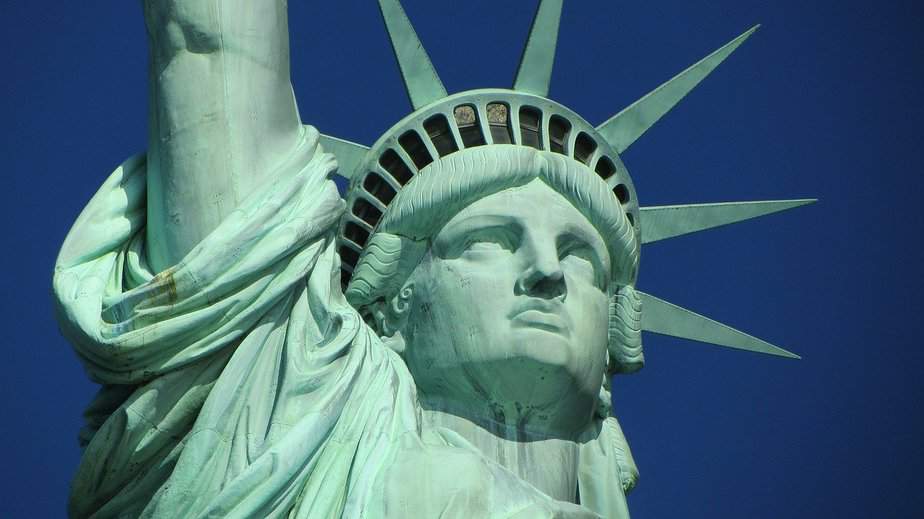 New York is the city that never sleeps but it is also the city of the so called „Moving Day“, the 20th best funded army in the world and of Jonas Bronck. If you have no clue what we are talking about you should definitely continue reading as we have prepared 51 so amazing fun facts about New York City you won’t believe it. Convince yourself.

1. New York City gets more snow per year as the South Pole.

2. Central Park in New York is larger than the State Monaco.

3. France gifted the Statue of Liberty to the United States in 1886 for its centennial celebration. It took 4 months to assemble the 350 pieces.

4. Every 21st inhabitant of New York is a millionaire.

5. Up until the late 1930s, May 1st was the “Moving Day” in New York City. All apartment leases in the city expired simultaneously at 9:00 am, causing thousands of people to change their residences, all at the same time.

6. Less than 50 people live 800 feet (243 m) above the ground of New York City as it’s an exclusive privilege for super rich people

7. 1 in every 38 people in the United States live in New York City.

9. The Empire State Building generates more revenue from the observation deck than from its renting income.

10. The “Times Square” in New York City is named after the newspaper “New York Times”. It was originally called “Longacre Square” until the New York Times moved there in 1904.

12. In 1923, a dead rider finished first in a horse race in New York. The rider suffered a heart attack during the race and the horse carried the dead body to the finishing line.

13. Taxis in New York City were used to be red and green. In 1912 the city adopted the yellow colour from a number of other cities throughout the United States.

14. Chinatown in New York is the largest settlement of Chinese citizens outside Asia.

16. More than 800 languages are spoken in New York City. It makes it the most linguistically diverse city in the world.

18. The New York Public Library is the 3rd largest library in the world. Only the Library of Congress in Washington, D.C. and the British Library in London is larger.

20. Actor Steve Buscemi (Armageddon, Boardwalk Empire) was a firefighter from 1980 to 1984. After the events of 9/11, he volunteered and worked unpaid twelve-hour shifts for over a week to support the New York Fire Department.

21. 100 years ago the population density of Manhattan was even higher than now.

22. New York City’s Federal Reserve Bank has the largest gold storage in the world. In total it contains more than 7.000 tons of gold.

24. In 2012, a new ant species was discovered in New York City. Scientists named it “ManhattAnt”. This is an incredible fact and if you are looking for even more fun facts like this we can recommend you our dedicated article full of facts about animals.

25. New York City’s oldest building dates back to 1642. It’s known as the Wyckoff Farm and is in Brooklyn. It’s now used as a museum dedicated to the city’s Dutch heritage.

26. The entire world’s population could fit in the state of Texas if it were as densely populated at New York City.

27. After Uber was introduced in New York City, the number of alcohol-related car accidents quickly dropped by more than 30 percent.

28. If Brooklyn was its own city, it would be the fourth largest city in the United States.

29. The entire human population could live in New Zealand, and the population density would still be lower than that of Manhattan in New York.

30. In the 17th century, New York was called New Amsterdam. It was given to the Duke of York in 1664 as an 18th birthday present from his father and he renamed the city as “New York”.

31. London is the city with the most millionaires in the world. It is followed by New York City in second and Tokyo in third place.

32. The Empire State Building gets hit by lightning more than 20 times a year.

33. The Bronx – a borough of New York City – was named after the Swede Jonas Bronck, who was the first European to settle in the region in 1639. His farm, covering about 500 acres, was referred to as “Bronck’s Land,” and the river was called “Bronck’s River.”

34. The Brooklyn Bridge in New York is 11 years older than the Tower Bridge in London.

Read More: 83 Crazy Facts About The USA – A Full List!

36. On the first day that same-sex marriage was legal state-wide 823 same-sex couples were married in New York City.

37. Manhattan in New York City was purchased from American Indian people in 1626 for about US$1,000 in modern currency. Interested in more facts like this? Read our dedicated article full of historical facts here.

38. New York City got its nickname “Big Apple” from a local newspaper in the 1920s. The phrase “Big Apple” was used to describe a big money prize at important horse races held around the city.

39. There are more people in New York City with access to internet than people in Africa with internet connections. If you are looking for even more fun facts about Africa you should read our article here.

40. Wall Street was named after a 12-foot wall that was built in the 17th century by citizens of New York City (formerly New Amsterdam) to discourage pirate attacks.

41. The ice cream cone was invented in New York.

42. Manhattan comes from a word in the Lenape language and means “Island of many hills“.

46. If New York City were its own country and the New York Police Department was its army, it would be the 20th best funded army in the world just ahead of North Korea and behind Greece.

47. The winter in 1780 was so bad in New York City that even the New York Harbor froze over. As a result, people were able to walk from Manhattan to Staten Island on the ice.

48. There is no city that is more often destroyed in movies than New York.

49. More Jewish people live in New York City than in any other city outside of Israel.

50. New York City homeowners can request that a tree gets planted outside their homes for free.

51. Since the events of 9/11 the New York Police Department embeds intelligence officers in 13 cities overseas including London, Paris, Jerusalem, Madrid, Toronto and Sydney.

Apart from be above listed fun facts about New York you might also be interested in some more general facts about that city. See them here: