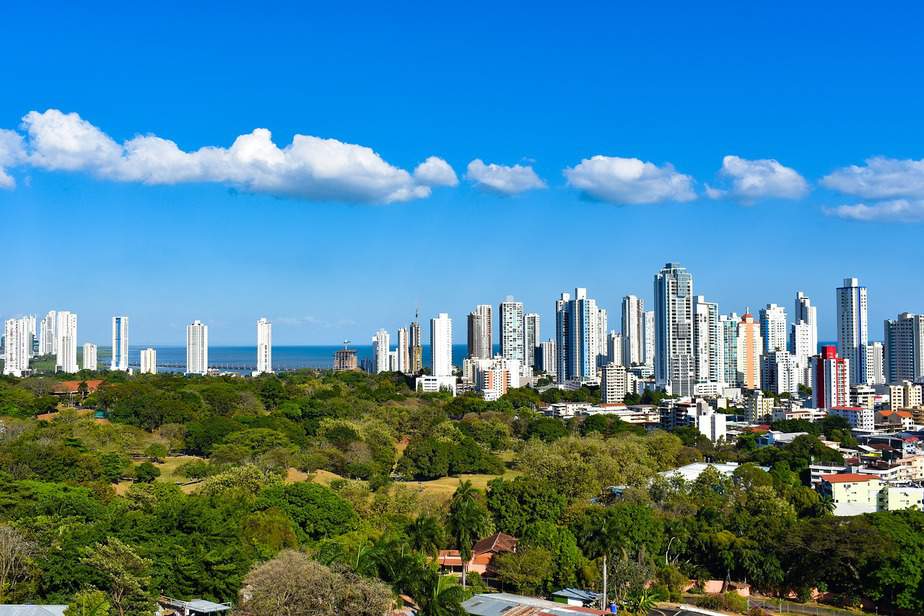 Panama is especially well known for the Panama Canal but the country also has much more to offer. We therefore decided to appreciate that by collecting the most amazing fun facts about Panama we have on file and what we collected will surprise you. Did you know that Panama is home to the second-largest duty-free zone in the world or that Panama is the only country in the world in which the sun rises above the Pacific Ocean and sets over the Atlantic Ocean? We explain you all these Panama facts and many more so definitely check out the following list. If you like that article, make sure to share it with your friends and if you are hungry for more amazing facts, we also have many other facts list.

1. Panama is the only place in the world where you can see both the Pacific and Atlantic Oceans from the same place with the aid of the naked eye.

2. Panama was the first Latin American country to adopt the U.S. Dollar as its official currency.

4. Panama is home to the second-largest duty-free zone in the world. It is the Colon Free Zone and it is a complex of more than 1065 acres (4.3 km²). The only area larger in size is in Hong Kong.

6. Panama, Mexico and Cuba were the first countries outside the USA in which Coca Cola was sold. It was first sold in these countries in 1906.

7. The San Blas Islands of Panama is an archipelago consisting of 365 islands and cays. That means that there is an island you can visit for every day of the year!

8. Panama City is the only capital that has a rain forest within its city limits.

9. Richard Halliburton crossed the Panama Canal swimming in 1928 paying the lowest toll in the Canals history, 36 cents. In contrast, the highest toll ever paid was 829,468 dollars by the MOL Benefactor operated by Mitsui O.S.K. Lines in 2016.

10. From 1822 to 1830 Panama was once united with Colombia, Venezuela, Ecuador and northern Peru as a nation called Gran Colombia.

11. Panama is the only country in the world in which the sun rises above the Pacific Ocean and sets over the Atlantic Ocean.

12. The birds of Panama make up approximately 10 percent of the world’s known bird species. There are even more bird species in Panama than in the United States and Canada combined.

13. The Panama Hat is actually from Ecuador. The name however originates in the 1850s when people from Ecuador emigrated to Panama where they produced and sold these hats at much greater volume as they did before in Ecuador. Interested in even more facts about Ecuador? Just click on the link.

14. Edward Murphy who is best known for the so called “Murphy’s law”, which states that “Anything that can go wrong will go wrong”, was born in Panama in 1918.

16. Panama celebrates two independence days each year. The first from Colombia in 1903 on November 3rd and the second from Spain in 1821 on November 10th.

17. Nombre de Dios in Panama is the oldest continuously inhabited European settlement in the continental Americas.

18. Robert George Fowler became the first person to make a nonstop transcontinental flight by crossing the Isthmus of Panama in 57 minutes on 27 April 1913.

What do you think about our facts about Panama and which was your favorite fact? In case you know even more Panama facts just write us a message and we will add it to our list. We also have similar list for every other country so make sure to check them out as well. However, if you prefer more general facts we can also highly recommend you our best fun facts. You can of course also follow us on Instagram, Pinterest, YouTube, Twitter or Facebook or check out the books we have published for you.

Apart from be above listed fun facts about Panama you might also be interested in some more general facts about that country. See them here: