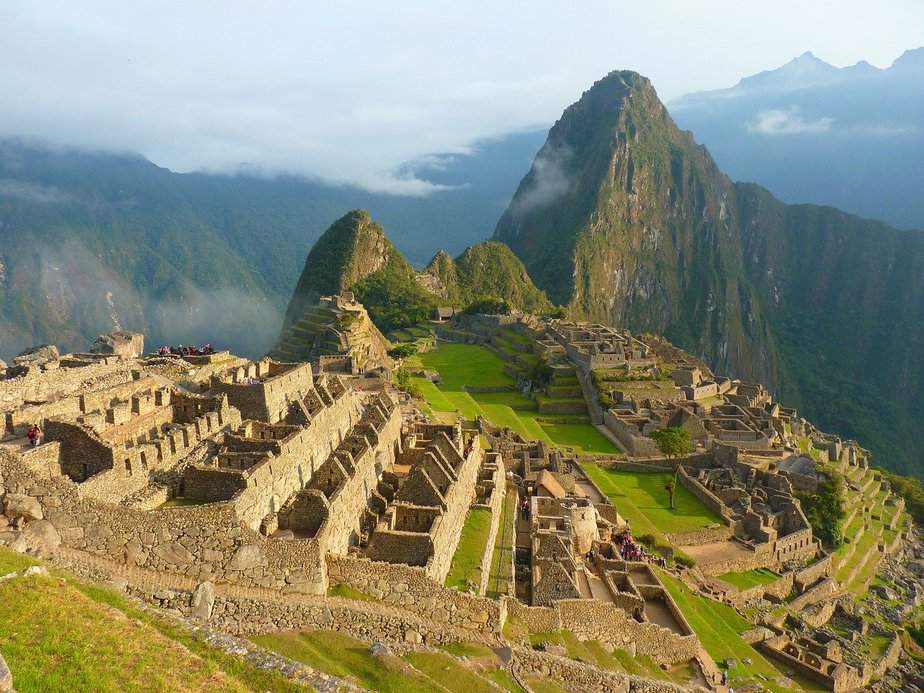 When looking for some interesting fun facts about Peru I was really surprised by what I have found. I thought I already knew a lot about that country, but I wasn’t expecting so many cool new stuff and I will certainly visit this country this or next year. Especially the huge amount of records was really surprising to me but how about reading first the following 25 Peru facts before starting a discussion. Enjoy.

1. Cerro Blanco is the highest sand dune in the world and can be found in in the valley of Nazca, Peru. It stands 3,860 feet (1,100 meters) from base to summit.

2. Colombia’s Sierra Nevada de Santa Marta is the world’s highest coastal mountain range. Scientist have found out that during the last 170 million years it has moved 1,367 miles (2,200 kilometers) from Peru into the territory of Colombia.

3. Located in Bolivia and Peru Lake Titicaca is the highest navigable lake in the world. It has a surface elevation of 12,507 feet (3,812 meters).

4. With a depth of 10,700 feet (3,270 meters) the Colca Canyon in southern Peru is the second deepest canyon in the world. Only the Yarlung Tsangpo Grand Canyon in China is deeper.

5. Peru‘s name may be derived from the word „Birú“, the name of a ruler in the Peruvian region in the 16th century.

6. The Andean condor is the largest living land bird capable of flight and is native to Peru’s Andes mountain range. It has a maximum wingspan of ten feet ten inches (3.3 meters) and weight up to 33 pounds (15 kilogram).

7. The National University of San Marcos in Lima, Peru was chartered on May 12, 1551 and is the oldest officially established university in the Americas.

8. Almost 90 percent of all alpacas worldwide live exclusively in Peru.

10. Caral in Peru is the most ancient city of the Americas.

12. The Atacama Desert in Peru is receiving less precipitation than any other desert in the world including the polar deserts. The average rainfall in some locations there is only about 0.04 inches (one millimeter) in a year.

13. 13 percent of the Amazon rainforest are located in Peru. With more than 60 percent the largest part is located in Brazil.

14. The Inca people did not have a formal system of writing but were instead using a system of cotton or camelid fiber strings known as “Quipu”. They used the fiber strings for collecting data, keeping records, monitoring tax obligations or collecting census records. Each Quipu was different in color or size representing information like taxes, debts or other measures.

15. Puya raimondii, also known as queen of the Andes, is the tallest flowering plant in the world. It is native to the high Andes of Peru and Bolivia and can reach up to 50 feet (15 meters) in height.

16. Peru is home to the mysterious Nazca Lines, a group of very large geoglyphes only observable from the air. They were created between 500 BCE and 500 CE but only discovered in 1553.

17. Iquitos in Peru is the largest city in the world not accessible by road but only by plane or ship. It is located in the Amazon rainforest and more than 470,000 people are living there.

Read More: 30 Fun Facts About Brazil – All You Need To Know

18. The longest surfing waves can be found in Peru. Given perfect weather conditions waves can be as long as 2.5 miles (four kilometers).

20. Although the Incas had a huge empire, they did not possess money. The inhabitants paid their taxes in the form of man power and got food in exchange for this. Read the full story here.

21. A referee’s call in a soccer match between Peru and Argentina in 1964 led to a riot in which 300 fans were killed.

22. Vinicunca is a mountain in the Peruvian Andes and due to the specific mineralogical composition of that mountain it is striped in seven different colors. It is therefore also known as Rainbow Mountain.

23. In 2008 scientist were able to link the Russian famine from 1601 to 1603 to the volcanic eruption of Huaynaputina in Peru. It was the largest historical volcanic eruption in South America ever and had significant effects on Earth’s climate leading to decreasing temperatures all around the Northern Hemisphere and causing floods and cold waves in numerous places.

25. La Rinconada is a town in the Peruvian Andes and at 3,200 miles (5,100 meters) above sea level it is the highest permanent settlement in the world.

How did you like these 25 interesting facts about Peru? For me, the most surprising thing was that Peru is home to so many world records like the highest sand dune or the longest surfing wave. But which fact did you like most and are you aware of any other Peru facts? Share them with us and we will add them to our list. We also have a lot of other random facts but if you are interested in even more facts about other countries you should try out our country facts section. You can also follow us on Instagram, Pinterest, Twitter or Facebook or you can also subscribe to our newsletter if you like and get our eBook with our 500 best fun facts for free.

Apart from be above listed fun facts about Peru you might also be interested in some more general facts about that country. See them here: