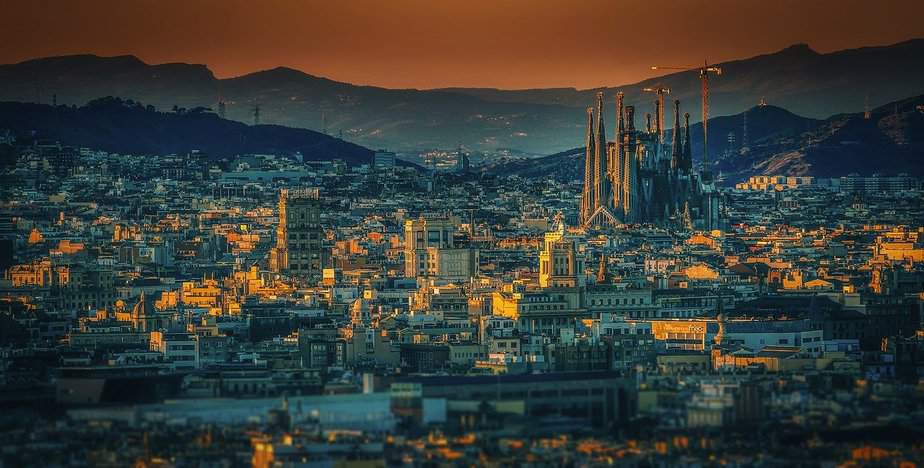 If you are looking for some interesting facts about Spain, you are absolutely right here. We have searched for the most amazing random facts you can think of and what we have found is truly stunning. Have you ever wondered what the Terminator is saying in the Spanish version of the Terminator movie instead of “Hasta La Vista”? Or do you know where the highest mountain of Spain is located? Not in Spain! If you now want to learn more about Spain, we tell you all the answers and a lot more.

1. During the Spanish Inquisition, cats were condemned as evil by Pope Innocent VIII leading to the burning of thousands of cats. Unfortunately, this led to an explosion of the rat population, exacerbating the effects of the Black Death. If you like facts like this one we have a lot of more historical facts here.

2. Spain has the third most UNESCO world heritage sites. Only Italy and China have more.

4. „Sobrino de Botín“ is the name of a restaurant in Madrid which was founded in 1725. It is the oldest restaurant in the world in continuous operation.

5. Cannabis is legal in Spain for personal consumption. However, it is illegal to smoke it in public.

6. The highest Spanish mountain is not in Spain and not even in Europe. With 3.718 meters Mount Teide is the highest mountain in the country and is located in the Canary Island.

7. Spain has more bars per inhabitant than any other country in Europe.

8. Italy, Spain, and France are the world biggest wine producing countries. Together they account for about 50 percent of the total wine production in the world.

9. In the Spanish dubbed version of “Terminator 2”, the terminator does not say “Hasta la vista, baby”, but “Sayonara, baby”.

10. Spain is the world largest producer of olive oil. It is producing almost 45 percent of the total amount of olive oil world wide.

11. Spain and Morocco are only separated by nine miles (15 km). Find here even more facts about Africa.

12. The Spanish equivalent to the tooth fairy is a mouse known as Ratoncito Pérez.

13. Spain is the only country in Europe with cities on African territory. The cities of Ceuta and Melilla are both sharing a border with Morocco.

14. The name of Spain diverged from the Latin word „Ispania“, which means „the land of rabbits“.

15. Spains „Marcha Real“, is one of only four national anthems in the world that has no official lyrics. The other countries with an anthem without lyrics are Bosnia and Herzegovina, Kosovo and San Marino.

16. The earliest image of a dog date back 12,000 years ago and was a cave drawing found in Spain.

17. In Spain there is a comedy club in which you pay per laugh.

18. The Sagrada Familia in Barcelona, Spain is taking longer to build than the Great Pyramid of Giza. It is estimated that it took ten to 20 years to build the pyramid whereas the Sagrada Familia’s construction began in 1882 and is not finished yet.

19. The largest ant colony in the world was discovered in 2002 and contains several billion animals. The superstate has many millions of nests and stretches over 3,580 miles from the Italian Riviera to the northwest of Spain. We also have a lot of other animal facts here.

How did you like our Spain facts? How many fun facts did you know already and which one surprised you most? Just write us a message and let us know. If you also know even more fun facts about Spain we are curious to know so do not hesitate to write us a message as well and we will add your facts to our list. We also have plenty of more fun facts about other countries or even about more general trivia topics. Or just follow us on Instagram, Pinterest, Twitter or Facebook for new daily facts. You can also subscribe to our newsletter if you like and get our eBook with our 500 best fun facts for free.

Apart from the above listed fun facts about Spain you might also be interested in some more general facts about that country. See them here: