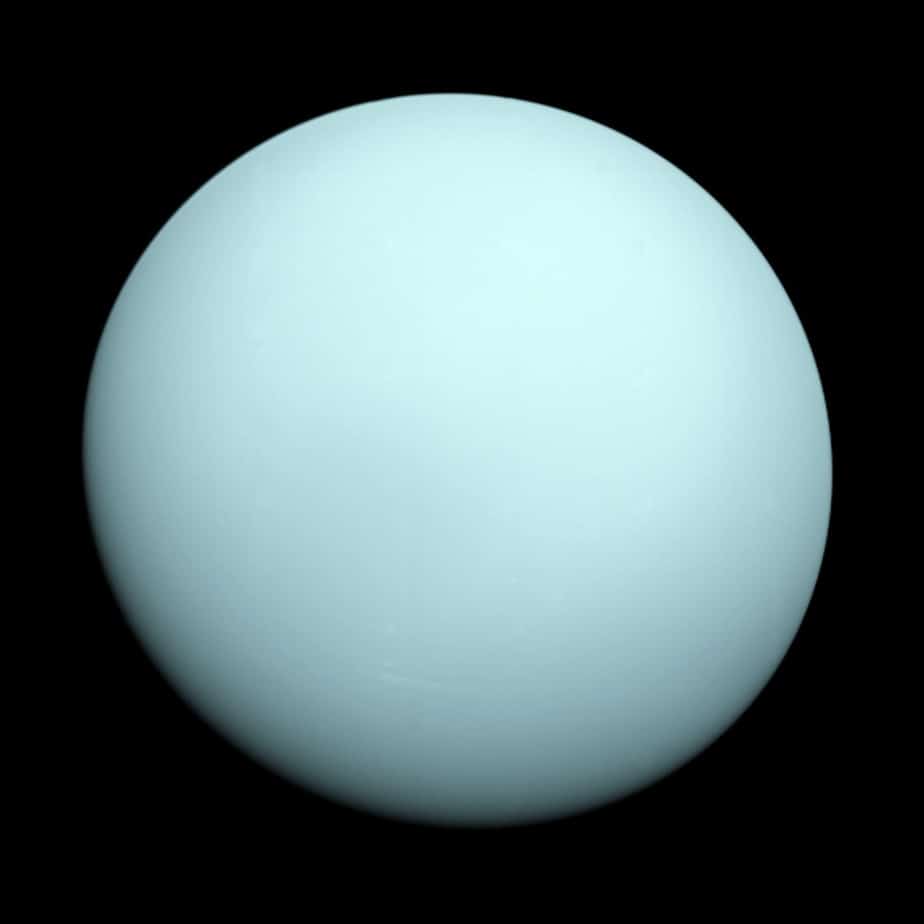 Uranus is the seventh planet from the Sun and has so much to offer. It is also known as the ice planet due to its blueish color and chemical composition. Although Saturn is well known for its ring system Uranus also has 13 rings rotating around the planet however these are just basic facts everyone knows about Uranus so it is a pleasure for us to present you our 22 amazing facts about Uranus nobody else will tell you. If you like that article you can support us by sharing it with your friends and family and if you are interested in more random facts, we can also recommend our facts books we have published. Make sure to check them out if you are not only interested in facts about Uranus but also other topics.

1. The exploration of Uranus has been solely through telescopes and the Voyager 2 spacecraft in 1986, with no other visits currently planned.

2. Each season on Uranus lasts 21 years.

3. Uranus and Venus turn in a retrograde direction which is opposite to the direction Earth and the other planets turn in our solar system.

5. NASA wants to send a probe to Uranus within the next 15 years.

6. In Chinese, Japanese, Korean, and Vietnamese, the name of Uranus is literally translated as the “sky king star” and in Mongolian, its name translated as “King of the Sky”.

7. It takes Uranus 84 years to orbit around the sun which is the second longest from all the planets in the solar system. Only Neptune needs longer.

8. With the exception of the Earth Uranus is the only planet in our solar system whose name is derived from a figure of Greek mythology. All other planets are named after Roman gods. The name is referring to the ancient Greek deity of the sky. Are you interested in more historical facts?

9. Uranus axis of rotation is tilted sideways meaning its north and south poles lie where most other planets have their equators.

11. The mass of Uranus is about 14.5 times the mass of Earth making it the lightest of the four gas giants of our solar system.

12. The existence of Neptune was mathematically predicted before the planet was directly observed, based on the orbit of Uranus.

15. Uranus is about four times larger than Earth. If Earth were an apple, Uranus would be the size of a basketball.

Read More: 33 Fun Facts About Mars You Need To Know

17. After Saturn, Uranus is the second least dense planet in the solar system.

18. Uranus volume is about 63 times greater than Earth’s volume, which means that 63 Earths can fit inside Uranus.

20. Uranium was discovered in 1789 by Martin Heinrich Klaproth who named the new element after the recently discovered planet Uranus.

21. Uranus was the first planet discovered with the aid of a telescope as Mercury, Mars, Venus, Saturn and Jupiter were all bright enough to be easily visible to the naked eye. Do you know who invented the telescope? It wasn’t Galileo Galilei like most people think. If you want to find out you should read our article here.

What do you think about our Uranus facts? What was your favorite fact and do you know even more? Write us a message and let us know. If you want even more facts like this just visit our section facts for our best facts lists and all the stories behind the facts. We also published some books with our most amazing fun facts so have a look if you are interested. You can of course also follow us on Instagram, Pinterest, YouTube, Twitter or Facebook for new facts and trivia every day. We are looking forward to meeting you there.