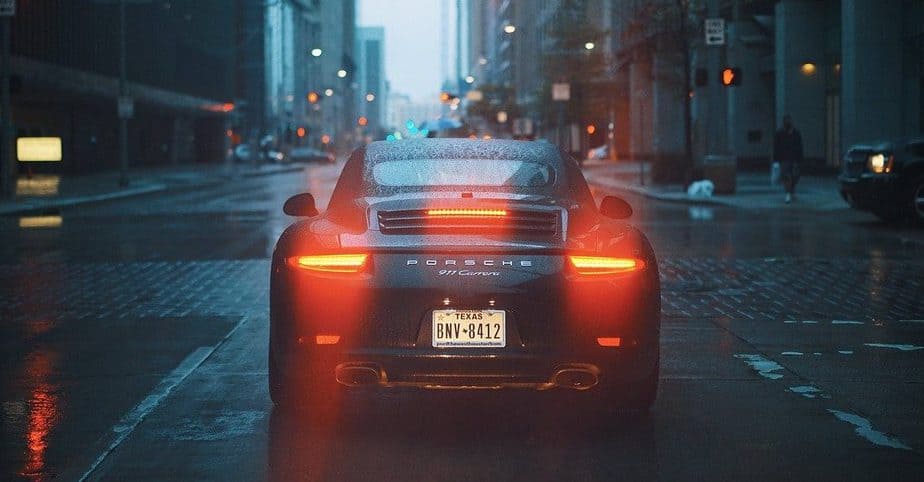 It is said that some men love their cars more than their woman. We don’t know if this is true, but we can definitely say that we love our facts like nothing else. And of course, we also like cars so we thought we should collect the most amazing facts about cars we could think of. We hope you will like this trivia as much as we do so enjoy the following 67 car facts. And if you want more amazing facts like these you should definitely also check out our books we have published for you.

2. France was the first country to introduce the vehicle license plate on August 14, 1893.

3. Henry Ford was the first tycoon to not let his employees work on Saturdays and Sundays, so that they could spend more time with their cars. Thus, the weekend was born.

Subscribe to our Newsletter and get our
eBook with our best 500 Fun Facts for free!

4. Irv Gordon holds the record for the longest distance a person has ever driven in the same car. He bought a Volvo P1800 in 1966 and has driven more than 3,2 million miles since then.

5. In Finland every traffic ticket is based on your personal income. The highest fine ever paid for speeding was 100,000 Euros.

6. People in Norway who own electric cars, are allowed to park everywhere for free, do not have to pay for the ferryboat and can drive in the bus lane.

7. After Steve Jobs’ secretary was late due to her car breaking down, he later that afternoon gave her the keys to a new Jaguar, and told her, “Here, don’t be late anymore.”

8. Louis Chevrolet, co-founder of the Chevrolet Motor Car Company, died bankrupt and poor working as a mechanic for the company he started.

9. Counting every part down to the smallest screws a single car has on average 30,000 parts.

10. The average car is parked 95 percent of its lifetime.

11. The word “car” originated from the Latin word “carrum” which means “wheeled vehicle”.

Read More: The 51 Craziest Records, You Won’t Find Anywhere Else

12. The names of all Lamborghini cars are taken from bullfighting terms. “Diablo” and “Murcielago” are both names of famous bulls and “Estoque” is the name of the sword the Matadors use.

13. Motorway junctions without a precise shape are called “spaghetti junctions”.

14. About 75 percent of all vehicles, which were produced by Rolls-Royce, are still in operation.

15. Ten percent of all car accidents are caused by being distracted, for example when writing an SMS.

16. Four out of five people sing in the car.

17. When the first car radio was introduced in 1930 some US states tried to ban them as they were arguing that they would distract drivers and would cause more accidents.

18. From a statistical point of view, women are the better drivers, as they cause less accidents.

19. In the United States, it is common to call “shotgun” if you want to sit in a car’s front passenger seat. This term originated in the Wild West. In addition to mail, stagecoaches also carried valuables, so that attacks were frequent. For protection, the area to the right of the driver was occupied by a shotgunner. This is why the right front seat of a car continues to be called “shotgun” to this day. If you want more facts like this we also have a lot of more other historical facts for you.

20. Traffic in central London moves at just 10 miles per hour which is the same speed as a horse run.

21. A regular inspection including oil change on a Bugatti Veyron costs 21,000 dollars.

22. The longest limousine in the world is almost 102 feet long and has 26 wheels. It is equipped with a king-size waterbed, a small helicopter landing pad and a swimming pool.

25. In Lapland, the horns of reindeers are sprayed with reflective color so that they can be seen better in the dark and car accidents can be prevented.

26. At the beginning of the 20th century, horses created so much dirt with their excrements that cars were regarded as the “green” alternative.

27. For all new cars with a price higher than 12.000 USD car owners in Denmark have to pay a registration fee of 150 percent of the car’s value. This is to encourage people to buy smaller cars.

28. The first car accident with fatalities happened in 1896 at a speed of less than four miles per hour.

29. Based on total numbers the United States has with 270 million cars in 2017 more cars than any other country in the world. On a per capita basis San Marino has the most cars in the world.

30. After Uber was introduced in New York City, the number of alcohol-related car accidents quickly dropped by more than 30 percent. You like that fact? How about even more fun facts about New York City?

32. In 1974, North Korea ordered 1,000 Volvo vehicles and other equipment worth 73 million euros from Sweden. To this day, North Korea has not paid for the shipment, and due to accumulated interest, the debt has increased to more than 300 million euros.

33. There is no general speed limit on highways in Germany.

34. There are only five people worldwide who are allowed to build the Nissan GT-R engines. They are also called “Takumi” and they are the reason why only 1,000 cars of this make can be produced per month.

35. For people under 35 the number one cause of death in the US are car wrecks.

36. The Toyota Corolla is the most sold car of all time. It’s been produced since 1966 and has sold over 40 million units worldwide.

41. Based on statistics, the best drivers have the zodiac sign Leo while the worst drivers are Taurus.

42. The first traffic light was installed in London outside the Houses of Parliament in 1868. Unfortunately, it exploded very soon, killing a policeman.

43. If you could drive directly to the moon by car at a speed of 80 miles per hour, it would take about four months to reach it.

44. In Japan, there is a road system where music is played when a car drives at the right speed.

46. Short female car drivers have the highest likelihood of being killed by the cars airbag due to their close distance to the steering wheel.

47. About 35 percent of the world population drives on the left, and almost all of the countries that do so are former British colonies.

50. The 15 largest ocean-going ships in the world emit more harmful sulphur oxides every year than 760 million cars. This corresponds to approximately two thirds of all vehicles registered worldwide in 2014.

51. The modern three-point seatbelt was developed by Swedish inventor and safety engineer Nils Bohlin in 1959 for Volvo however the carmaker made the patent open and available for everybody for free in order to increase the safety of every car driver. Worldwide it is now saving around one life every six minutes.

52. Statistically, most cars are stolen on New Year’s Day.

53. As early as 1966 Ford released the first electric car, which had a range of more than 200 miles. A sodium-sulphur accumulator was used as a battery. After an accident in rainy weather, the hot sodium leaking from the battery mixed with water and ignited. There was a fire that was difficult to extinguish. As a result, the model was reset and sodium-sulphur batteries were no longer used in vehicles.

54. For car races, Nissan only uses the number 23 on their vehicles, since in Japanese number two is pronounced as “ni” and three as “san”. Together this gives “ni-san”.

56. Walter Arnold was the first person to pay a fine for speeding. In 1896, he drove his car through a zone with speed restrictions at 7.5 miles per hour, clearly exceeding the speed limit of 1.7 miles per hour.

58. In Japan, there is an office tower in which a highway runs though, between the fifth and the seventh floors.

59. A modern Formula 1 car creates enough aerodynamic downforce that it even could drive upside down in a tunnel.

60. In order to prevent drunk driving, the Indian government passed a law stipulating that alcohol may only be sold at a distance of at least 1,640 feet from motorways. As a result, bars located near motorways built a “labyrinth” of walls to artificially extend the required distance from the motorway to the bar. To this day, the Indian government continues to allow these bars to serve alcohol.

61. After the first drive-in was opened at McDonald’s in China, the system was so strange to the Chinese people that many people ordered their food from their car, parked their vehicle and then went to the restaurant to eat.

62. By law, cars are prohibited on Mackinac Island in Michigan since 1898. Inhabitants use horses instead.

63. The first car ever produced by Porsche was the “Porsche P1” in 1898 and was full electric.

64. The Ford Model T was the first car in the world to be manufactured on an assembly line and therefore so mass-produced that during the 1920s more than half of all cars in the world have been a Model T.

Subscribe to our Newsletter and get our
eBook with our best 500 Fun Facts for free!

65. Although woman are permitted to become pilots in Saudi Arabia it is prohibited for them to drive a car.

66. The domain www.nissan.com belongs to the American Uzi Nissan, who claimed the website for himself back in 1994. He has been in litigation with the car manufacturer Nissan for many years because Uzi Nissan does not want to sell the domain.

67. “Chauffeur” is the French word for heater, because the first cars were steam-powered and had to be heated.

What do you think about our car facts? We promised to only collect the most unbelievable fun facts, so we hope we did walk the talk. If you like facts like these, you should definitely also check our our numerous other fun facts. You can find all of them in our section Facts or you could also follow us on Instagram, Pinterest, Twitter or Facebook. You can also subscribe to our Newsletter if you like and get our eBook with our 500 best fun facts for free.

Mercury is the planet in our solar system which is closest to the sun. You can expect that it is getting pretty...
Read more
Facts

After Pluto not being considered a planet anymore, there are eight planets left in our solar system. So, you can expect us...
Read more
Facts

ABOUT US
Only Fun Facts is your source for unbelievable fun facts, trivia and useless information. Did you know that...
Contact us: [email protected]
FOLLOW US
© Copyright 2019 - Only Fun Facts
MORE STORIES