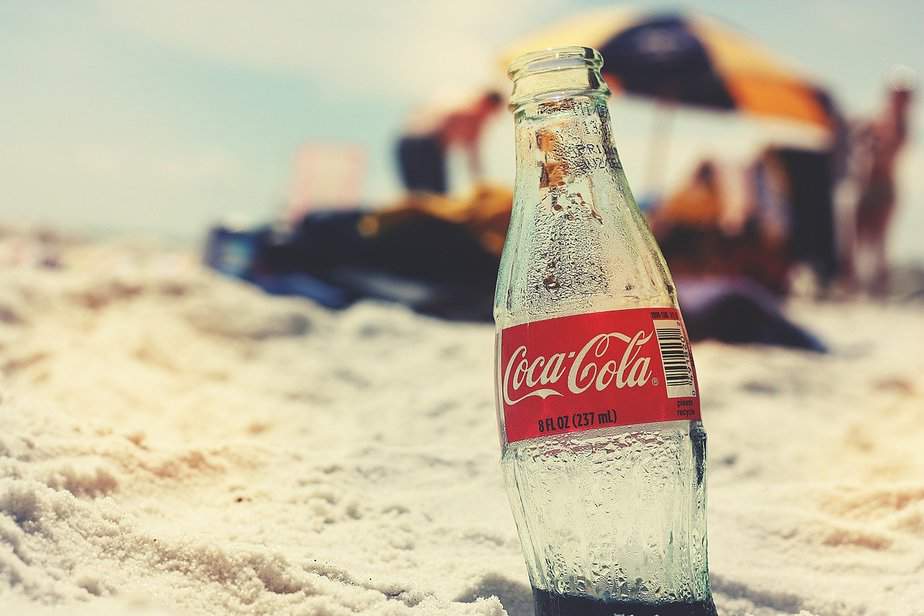 Coca-Cola is one of the most valuable brands in the world and the word “Cola” is also one of the most common words in the world. Just these two facts are reason enough to create a list only containing facts about Coca-Cola. Do you know why Coca-Cola made the city of Quincy, Florida the richest city in the USA after the Great Depression or why the Coca-Cola Company invented Fanta? We explain you all these Coke facts and many more so definitely check out the following list. If you like that article, make sure to share it with your friends and if you are hungry for more amazing facts, we also have many other facts list.

2. Panama, Mexico and Cuba were the first countries outside the USA in which Coca-Cola was sold. It was first sold in these countries in 1906.

3. In the 1990s, the Coca-Cola Company tested vending machines that automatically changed prices depending on the outside temperature. When it was particularly hot, customers had to pay more.

5. One of the original ingredients of Coca-Cola was cocaine. About 9 milligrams per glass and it was removed from the drink in 1903.

7. In 2019, Coca-Cola was the world’s fifth most valuable brand, after Apple, Google, Amazon and Microsoft.

8. If Coca-Cola was served without colorants, it would be green and not black.

9. Coca-Cola is the most widely distributed product on the planet. There are only two countries in the world where Coca-Cola cannot be bought or sold. They are Cuba and North Korea.

10. Frank Robinson, the first bookkeeper at the Coca-Cola Company, came up with the name for the beverage. The Coca came from the coca leaves used and Cola for the kola nuts.

11. The Coca-Cola Company sponsored the 1928 Olympic Games in Amsterdam and has supported every Olympic Games since. We also have many other Sports Facts for you!

12. After John Pemberton was wounded in the American Civil War, he became addicted to morphine. In order to free himself from the drug, he developed his own painkiller, which he made from cocaine and alcohol. In 1886 he designed a non-alcoholic variant that was later sold under the name “Coca-Cola”.

13. The Coca-Cola Company invented the six-pack to encourage people to drink more Coke. In 1929 they introduced a reusable paperboard six-pack and in 1932 already two million six-pack cartons were in use.

14. During the Great Depression of the 1920s and 1930s, banker Pat Munroe advised his customers in the city of Quincy, Florida, to buy shares in the beverage company Coca-Cola. Over the next few years, the share price rose so much that countless people in Quincy quickly became millionaires and the city became the richest city in the USA.

15. It is a common misunderstanding that Coca-Cola only sold 25 bottles in their first year. They actually sold 25 gallons of syrup in its first year which means on average 9 drinks per day.

16. McDonald’s is the biggest customer of Coca-Cola.

17. Coca-Cola was the first product to get customers hooked via coupons. They were mailed to potential customers and placed in magazines. By 1913, Coca-Cola had redeemed 8.5 million “free drink” coupons.

18. Coca-Cola owns the websites ahh.com, ahhh.com and so on. The website with the longest URL contains 62 “h”s.

20. The Coca-Cola Company has a product portfolio of more than 3,500 beverages and 500 brands, spanning from energy drinks to soda to soy-based drinks.

21. Santa Claus was not invented by Coca-Cola.

22. Coca-Cola was the first soft drink to be consumed in space, when astronauts aboard the Space Shuttle Challenger tested the “Coca-Cola Space Can” on July 12, 1985. Click here for even more Space Facts!

24. The original formula for Coca-Cola is held in a vault in the World of Coca-Cola museum in Atlanta.

25. There are just two people who know the recipe for Coca-Cola. For this reason, they are not allowed to be in a plane at the same time.

26. When Coca-Cola first launched it was marketed as a nerve tonic that “relieves exhaustion.”

27. Because it was impossible to transport the ingredients needed for Coca-Cola to Nazi Germany, the Coca-Cola Company designed a beverage especially for the German market: Fanta. If you like this fact you probably also like our other facts about Germany.

28. In the 1940s, the Coca Cola Company developed a colorless version of Coca-Cola specifically for the USSR.

What do you think about our 28 facts about Coca-Cola and which was your favorite fact? In case you know even more Coca-Cola facts just write us a message and we will add it to our list. We also have a similar list for every other company so make sure to check them out as well. However, if you prefer more general facts we can also highly recommend you our best fun facts. You can of course also follow us on Instagram, Pinterest, YouTube, Twitter or Facebook or check out the books we have published for you.