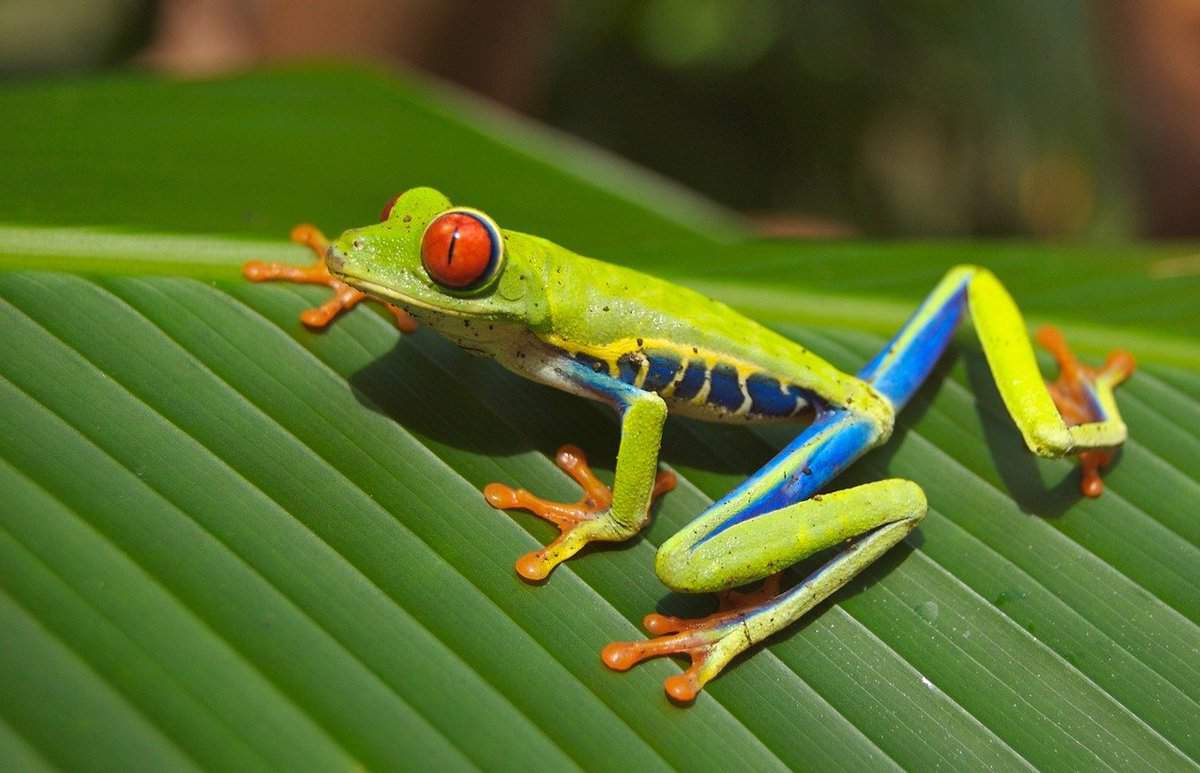 Costa Rica has not just one of the highest literacy rates in Central America but also so many other things to offer. It is one of the most biodiverse countries in the world and has an amazing number of volcanoes. If you have never heard about these facts, you should definitely continue reading as we tell you many more. If you like that article, make sure to share it with your friends and if you are hungry for more random facts, we also have many other facts list.

1. The so called “Jesus Christ Lizard” is a species of lizard that got its name for its ability to run on the surface of water. In can only be found in Costa Rica, Nicaragua, Panama and Colombia.

2. Renewable energy in Costa Rica supplied 98 percent of the electrical energy output for the entire nation in 2016. The country even wants to be carbon neutral within the next two years.

3. In Costa Rica every day at 7 a.m. the countries national anthem is played by every radio station.

4. There is a bird that performs the moonwalk on a branch. As a mating ritual, the Red-capped manakin, which is native to Costa Rica, dances on a branch and performs among other things the characteristic dance element. How about even more animal facts?

5. Costa Rica does not have its own military anymore. Instead, the money is now spent on education and culture. This is not the only interesting war fact we have for you. Just click on that link.

6. The name of the country “Costa Rica” means “rich coast” in the Spanish language and is referring to the fact that when Christopher Columbus first arrived there, he realized that the locals wore lots of gold jewelry.

8. Regions of the earth where the inhabitants clearly exceed the average life expectancy of the world population are called “Blue Zones”. Currently, only five Blue Zones are known worldwide. These are Okinawa (Japan), Sardinia (Italy), Nicola (Costa Rica), Ikaria (Greece) and Loma Linda (California). The reason why people there live so long is not clear. We wrote an amazing article about blue zones so if you are interested to learn more just click on that link.

9. Due to the close proximity to the equator, the sunrise and sunset in Costa Rica is almost at the same time every day.

11. Almost every Catholic Church in Costa Rica is facing west in order to better find direction in the country.

12. Most streets in Costa Rica have no name or number. Instead they are referring to landmarks, distances and prominent features when giving direction. The official address of a building might therefore be “The 5th house on the left of the general cemetery, green wall and black gate”.

13. Costa Ricans refer to themselves as “Ticos” for males and “Ticas” for females.

14. In 1998, Costa Rican musician Geovanny Escalante blew a note uninterrupted on his saxophone for one hour, 45 minutes and 30 seconds making him the record holder for holding the longest single saxophone note. We also have many other crazy records for your. Just follow that link.

15. Costa Rica is smaller than Lake Michigan in the USA.

17. More than 25 percent of Costa Rica’s land is dedicated to national parks and protected areas.

What do you think about our facts about Costa Rica and which was your favorite fact? In case you know even more interesting Costa Rica facts just write us a message and we will add it to our list. We also have similar list for every other country so make sure to check them out as well. However, if you prefer more general facts we can also highly recommend you our best fun facts. You can of course also follow us on Instagram, Pinterest, YouTube, Twitter or Facebook or check out the books we have published for you.

Apart from be above listed fun facts about Costa Rica you might also be interested in some more general facts about that country. See them here: