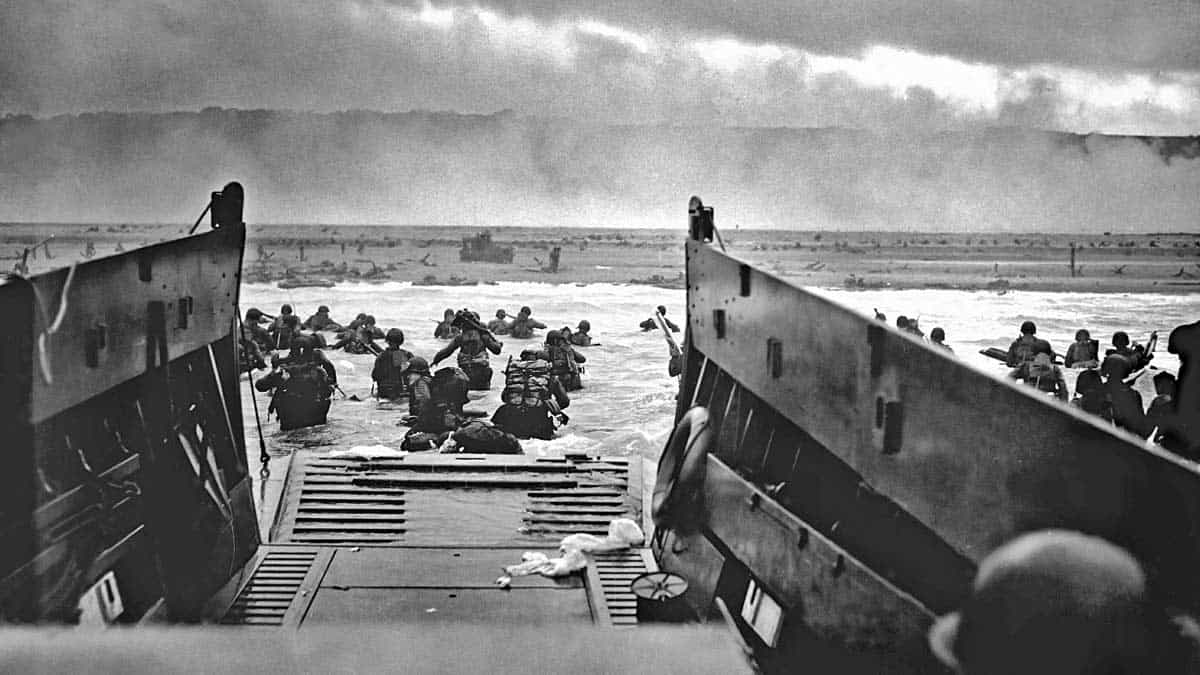 During the Second World War, Nazi Germany seemed unstoppable. But then a risky action was planned over a year, which was to bring the turning point, but also many dead. Since this day went down in history as D-Day, we have picked out 22 impressive facts about D-Day for you.

1. Dwight D. Eisenhower was responsible for the successful invasion of Normandy in World War II and was elected President of the United States nine years later. We also have many exciting facts about the USA up our sleeve.

2. The Atlantic Wall, which was intended to prevent the invasion of Western Europe during World War II from succeeding, was built by 260,000 workers.

4. The landing mission on D-Day ran under the name “Operation Neptune”. It was part of the invasion of Normandy, which was called “Operation Overlord”.

5. To conceal the nature of D-Day, “Operation Fortitude” was launched. With the help of dummy tanks and planes as well as false practice maneuvers, the British let the Nazis believe that an invasion could take place somewhere near Calais or even in Norway. In false radio messages, whole armies were invented and even details of soldiers’ weddings and sporting events were spread to support the authenticity. We have written an exciting article that deals with the deception of the Ghost Army.

7. During World War II, the Nazi regime had built a 1,668-mile-long (2,685-kilometer-long) Atlantic Wall that stretched from Finland to the Spanish peninsula. The goal of D-Day was to create a line of defense consisting of over 8,000 bunkers, tunnels, hundreds of heavy guns, thousands of smaller cannons and millions of tons of steel and concrete.

9. The Allies chose Normandy as the place of invasion to surprise the Germans. The Germans thought that Calais would be the most likely location, partly because it was the least distant from Great Britain. Don’t miss our crazy facts about Britain.

11. The five french beaches belonging to the German bridgehead were given the code names Omaha, Utah, Gold, Sword and Juno by the Allies. Here you can view our facts about France.

12. Originally, D-Day was scheduled for June 5. But the Royal Air Force’s chief meteorological advisor James Martin Stagg was able to convince Eisenhower to postpone it by one day in order to prevent a disaster due to an impending storm.

13. The term “D-Day” generally refers to a selected day for the start of a military operation. The “D” simply stands for “day”. Similarly, there is also the H-Hour, which defines the exact time of the beginning of a military action.

14. In order to break German air sovereignty, the Allies deployed 1,200 airplanes on D-Day to protect the ground troops.

15. On the night of D-Day, over 13,000 Allied paratroopers landed in Normandy to knock out communications equipment and bring important bridges under their control.

16. Eisenhower had already prepared a statement in which he took all the blame for the failure of “Operation Neptune” on D-Day and emphasized the bravery of the soldiers.

17. Although the German soldiers at the Allied landing in Normandy, with 50,000 soldiers, were less than a third of the Allied manpower, they were able to hold off the attackers for several days due to the massive defense installations. It took eight days to occupy the 50-mile-long (80-kilometer-long) coastal strip.

19. In preparation for D-Day, Normandy was bombed for three months to destroy bridges, railroads, and positions. An estimated 60,000 civilians were killed.

20. D-Day is still the largest amphibious invasion in history.

21. On D-Day, 29 floating tanks were to reach Omaha Beach to support the infantry. Unfortunately, 27 of them sank due to the high waves after they were released three miles (five kilometers) off the French coast. This made the invasion of this stretch of coast much more difficult.

22. The invasion of Normandy on D-Day turned the Second World War in favor of the Allies.

You have probably already read a lot about D-Day, as it was a crucial chapter in the history of the world. Who knows what would have happened if the operation had failed. Nevertheless, we hope that we have found facts about D-Day that you have not yet known. Otherwise you will surely find many amazing facts in our facts section. In order not to miss any facts in the future, you are welcome to follow us on Instagram, Pinterest, YouTube, Twitter or Facebook.