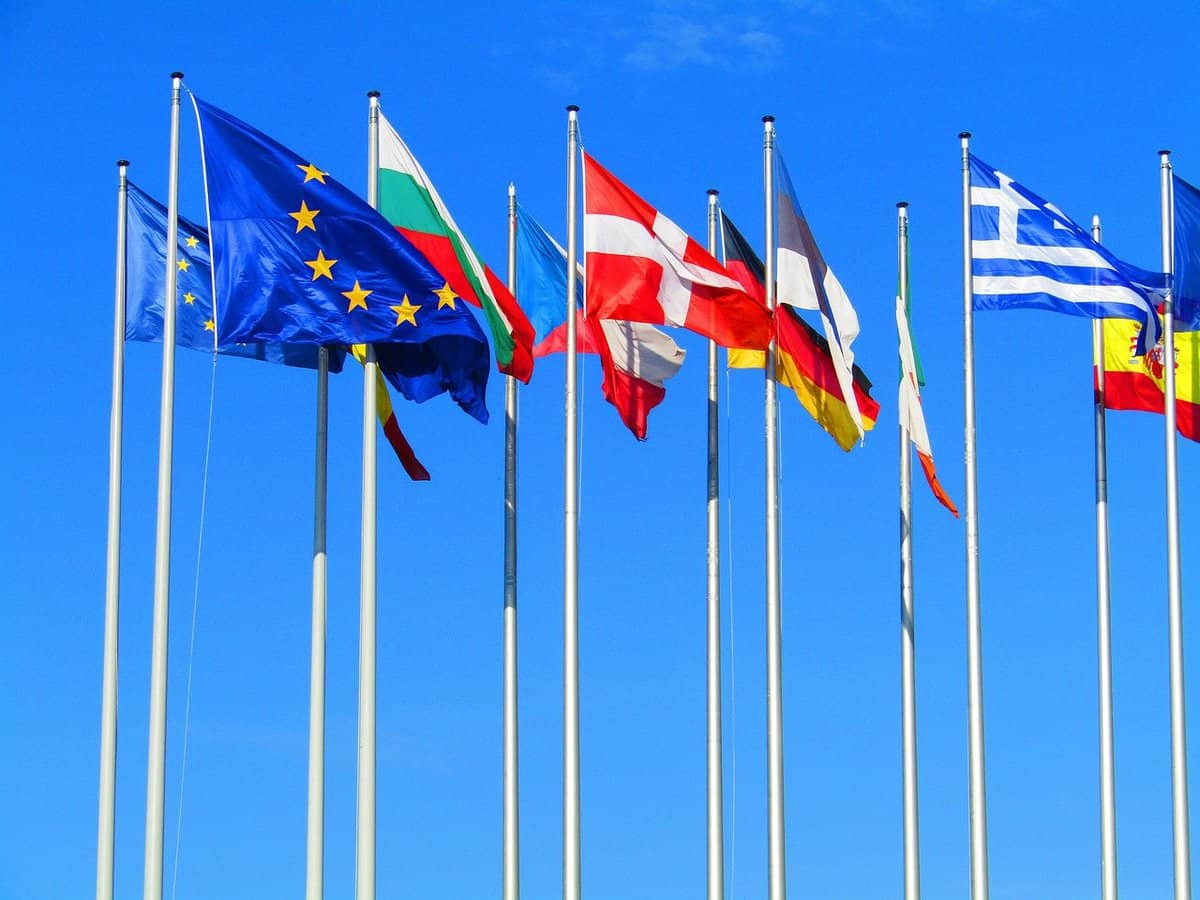 Flags are more than just a symbol for nations. They offer a unique view of a countries history and its most important values. But flags can also be fun and that’s what we want to achieve with our 33 amazing fun facts about flags. We found out so many interesting flag facts we had no other option than to share them with you. If you like flags as much as we do or if you are just a big fan of „Sheldon Cooper Presents: Fun with Flags“ from „The Big Bang Theory“ you should definitely continue reading. And remember, if you like that article, make sure to share it with your friends and if you are hungry for more amazing facts, we also have many other facts list.

1. The flag of South Sudan is older than the country itself, as the flag was adopted in 2005, while the country became independent only in 2011.

2. The Olympic flag’s colors are always red, black, blue, green, and yellow rings on a field of white. This is because at least one of those colors appears on the flag of every nation on the planet. How about more Sports Facts?

4. All Scandinavian countries have a cross on their flag.

5. The first flags of pirates were red, not black.

6. The flag of Nazi Germany was completely designed by Adolf Hitler himself.

7. The Virginia state flag is the only U.S. state flag to feature nudity. It shows a female figure personifying the Roman virtue of Virtus which is shown with a bare left breast.

8. The flag of Hawaii is the only US state flag to include a foreign country‘s national flag. The flag contains the Union Flag of the United Kingdom as a mark of the British Empire’s historical relations with the Hawaiian Kingdom.

9. There are only two sovereign countries with square flags. They are Switzerland and Vatican City.

10. The Bikini Atoll’s flag is similar to the flag of the USA, but with black stars representing islands destroyed by nuclear testing. The flag is symbolic of the debt the US still owes them for nuclear fallout and radiation poisoning.

12. Mars has its own flag which was designed by NASA engineer Thomas O. Paine in 1984.

13. The flag of Oregon is the only state flag in the United States that has different designs on both sides.

14. Paraguay is one of only two countries in the world whose flag looks different on each side. The other country is Saudi Arabia.

15. The flag of Belize incorporates 12 different colors and shades, making it the most colorful flag in the world.

16. Dominica and Nicaragua are the only two nations in the world to have the color purple included in their national flags.

17. The Philippine flag changes depending on if the nation is at war. It is a horizontal flag bicolor with equal bands of blue and red. During war times, the red color is placed on top whereas in peace times the blue color is on top, which is effectively achieved by flipping the flag upside-down.

19. For years, Liechtenstein and Haiti had the same flag, which was only noticed when the two nations met at the 1936 Olympic Games. A year later, the flag of Liechtenstein was therefore adorned with the symbol of a golden princely hat.

20. The Dutch flag is the oldest tricolor flag in continuous use. It can be traced to the 16th century.

21. The modern look of the U.S. flag was designed by a school child from Ohio as a school project. His teacher gave him a B-.

22. The flag of Jamaica is currently the only national flag that does not contain the colors red, white, or blue.

23. The words “Allahu Akbar” (Arabic phrase meaning “God is the greatest“) are repeated 22 times on the flag of Iran.

24. There are only four flags of sovereign countries in the world that feature a firearm. These are the flags of Mozambique, Guatemala, Haiti and Bolivia.

25. Nepal is the only country in the world that does not have a rectangular flag.

26. The state animal of California is the Grizzly Bear, which is the reason that it is also featured on the Californian flag. However, there are almost no grizzly bears anymore in California and the last sighting of a grizzly was in 1924.

27. Some national flags contain another small flag. This “flag in a flag” is called a “jack” and is always placed in the upper left corner, as this is the most visible area of a flag.

28. The flag of Mauritania was changed on August 15, 2017, making it the newest flag of a country in the world.

29. Canada got its own flag on February 15, 1965 – 100 years after it became a country. Want to learn more about Canada? We have some great facts about the country.

30. The flag of Ohio is the only state flag in the United States that is not rectangular in shape. Instead, it is a triangular swallowtail flag.

31. Between 1814 and 1830 the official flag of the Kingdom of France was simply a plain white flag with no other colors, to symbol purity and royal authority.

32. The flag of Mozambique includes the image of an AK-47 with a bayonet attached to the barrel. It symbolizes the defense and vigilance of the country.

33. The flag of Denmark holds the world record of being the oldest continuously used national flag. It was first used in 1625 and is still the same today.

How did you like our 33 fun facts about flags and how many did you know already? Did we come close to creating the same kind of curiosity for flags as Sheldon Cooper did it? Tell us what you think or if you are aware of even more flag facts by writing us a message. We also have similar lists for every country in the world so make sure to check them out as well. However, if you prefer more general facts we can also highly recommend you our best fun facts. You can of course also follow us on Instagram, Pinterest, YouTube, Twitter or Facebook or check out the books we have published for you.