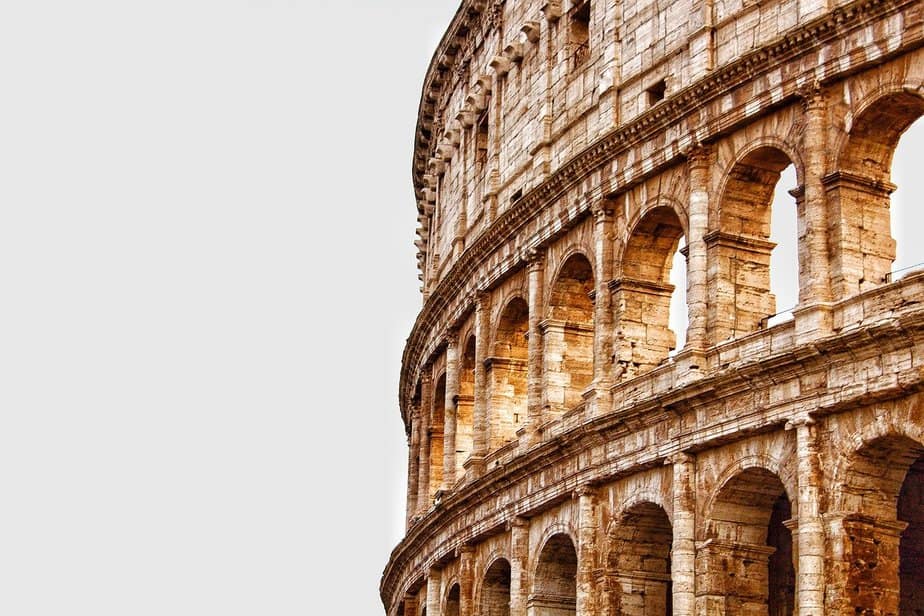 “Bella Italia” is one of the most beautiful countries in the world and is loved by tourists around the globe. It is well known for its historical architecture as well as great beaches to relax. But we have found some fun facts about Italy most people are not aware of although everyone should know them. If you also want to learn more about the beauty of Italy from a little different perspective, you should definitely continue reading.

1. In eight cities in Italy, an elevated level of cocaine and marijuana in the air can be documented.

2. There are only 21 letters in the official Italian alphabet. The letters J, K, W, X and Y are not part of the alphabet and appear only in loanwords like „jeans“.

3. During the 2002 Soccer World Cup, Ahn Jung-hwan from South Korea scored a goal against Italy in injury time, knocking the Italians out of the World Cup. The next day, his contract with his Italian home club was terminated because the owner said he could not pay the person who had ruined Italian football.

4. The original name of “Bank of America” was “Bank of Italy”. Looking for more facts like this? We also have a lot of US facts.

5. The most common first name in Italy is Russo.

6. In Italy, a man left his cat an inheritance of about ten million Euros. Interested in even more animal facts?

8. The thermometer was invented in Italy.

9. The name „Italy“ comes from the Latin word “italia”, meaning „land of young cattle“ referring to the bull as a symbol of Southern Italian tribes.

10. The Vatican has released a church version of Pokémon Go. The game is called “Follow JC Go”, and instead of Pokémon you “catch” saints.

11. Italy has the most Unesco Sites in the world.

Read More: 68 Fun Facts about Europe You Need to Know

12. It is estimated that about 70 percent of all Sicilian businesses pay protection money to the mafia. The average amount of the payment is between 200 and 5,000 euros. As a result, the Sicilian mafia Cosa Nostra supposedly takes in ten billion euros every year.

13. Rome holds the world record for the city with most elevators.

14. The word “mafia” refers to the criminal organization in Sicily. Comparable structures in other regions use their own names like “Camorra” or “Yakuza”.

15. The world‘s smallest country is the Vatican in Rome.

18. Italians believe the number 17 brings bad luck because when rearranging the Roman numeral for 17 (XVII) it looks like the Latin word „vixi“, which means “I have lived” and is associated with death.

19. The University of Bologna in Italy is the oldest university in the world and was founded in 1088. How about some more historical facts?

20. In the town of Caldari di Ortona in northern Italy, a local vineyard installed a fountain that spills red wine instead of water.

22. In the 1930s and 40s, Italian fascist Benito Mussolini tried to eliminate foreign words from the Italian language. The term „goal“ in soccer games became “meta” and Donald Duck became “Paperino”. Mickey Mouse was changed to “Topolino” and Goofy was changed to “Pippo”.

23. To prove their credibility in court in early Rome, men have sworn on their balls.

24. The median age of Italians in 2015 is 45.4 years which means Italy has the oldest population in Europe.

25. In the Trevi Fountain in Rome 3,000 Euros is thrown in by tourists every day.

26. In Italy on New Year’s Eve, traditionally one wears red underwear to have luck for the new year.

27. Italy, Spain, and France are the world biggest wine producing countries. Together they account for about 50 percent of the total wine production in the world.

Read More: 53 Fun Facts About France You Need To Know

28. In ancient Rome the punishment for rapists was their genitals being smashed between two stones.

29. With 673,238 registered Italians residing in the country Argentina has the largest Italian population outside of Italy. Do you like that fact? We also have some more facts about Argentina!

31. Italy is home to Europe’s only three active volcanoes. These are Mount Etna, Stromboli and Mount Vesuvius.

32. Gladiators in ancient Rome were exclusively fighters who fought against other humans for life and death. People fighting exclusively against animals were called “Bestiarii”.

33. On the small island of Limone sul Garda in Italy the inhabitants have developed a genetic mutation that makes it impossible for them to have a heart attack.

35. In 2015, the Italian city of Collecchio passed a law that only allowed the use of silent fireworks. The objective of this is to reduce stress on animals and children. Since then, many other European cities have followed this example.

36. Ice cream was not invented in Italy but in China 4,000 years ago. They had the idea when putting together soft milk and rice in the snow.

37. In ancient Rome, urine was used for leather tanning and in laundries. The business with urine prospered so much that Emperor Vespasian even levied a urine tax. He justified the tax to his son Titus by holding the money under his nose and asking him if it smelled bad. When his son answered no, Vespasian famously said “Atqui e lotio est” (And yet it comes from urine). Over time, this developed into the phrase “Pecunia non olet” (money does not stink).

39. “Steve Jobs” is the name of an Italian fashion label. The company behind the brand was founded in 2012 by two brothers after they had realized that Apple had never secured the rights to the name “Steve Jobs”.

40. Italian Frank Lentini was born in 1889 with three legs, four feet, 16 toes and two genital organs. Until his death he earned his living as a circus artist.

41. The Italian state of Bellagio, namesake of the Las Vegas hotel with the same name, has fewer inhabitants than the hotel has rooms.

42. Paparazzi is Italian and can be translated to “annoying mosquitoes”.

How did you like our 42 fun facts about Italy? We loved them all so hopefully you think the same. In case you are aware of even more Italy facts do not hesitate to write us a message and we will add it to our list. We also have plenty of more fun facts about other countries or even about more general trivia topics. Or just follow us on Instagram, Pinterest, Twitter or Facebook for new daily facts. You can also subscribe to our Newsletter if you like and get our eBook with our 500 best fun facts for free.

Apart from the above listed fun facts about Italy you might also be interested in some more general facts about that country. See them here: