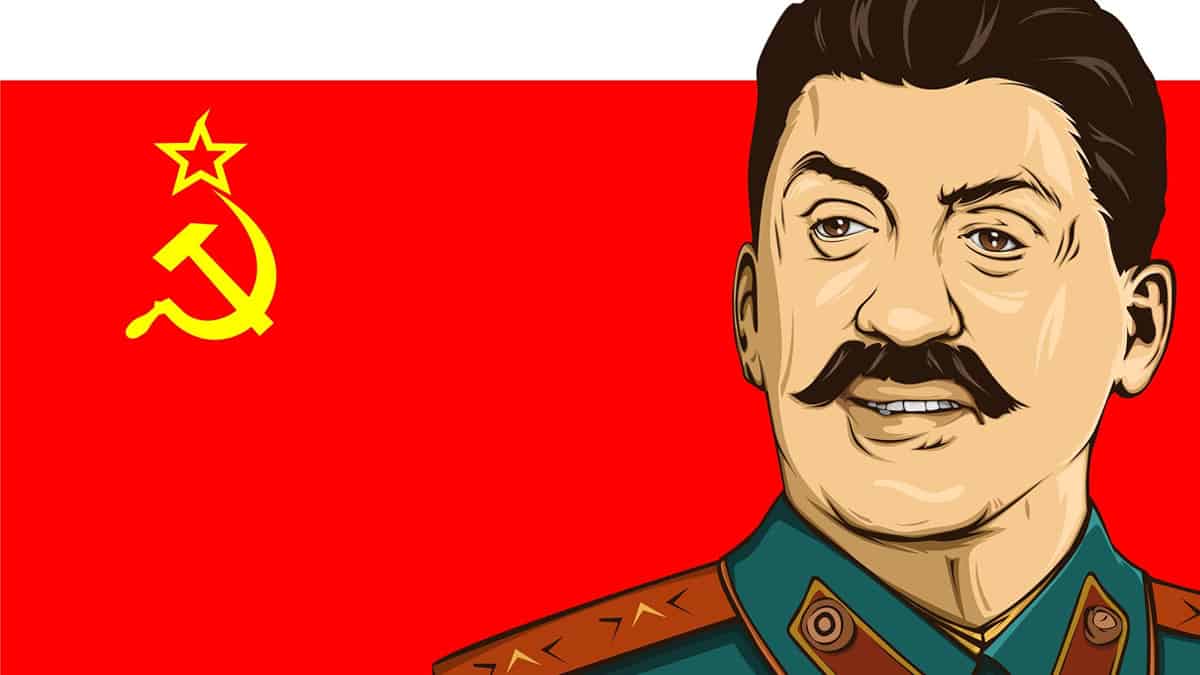 Josef Stalin was one of the most influential politicians of all times and certainly one of the cruellest. But did you know what professions and hobbies he had before he became a dictator? You will be surprised! So have fun with our incredible facts about Josef Stalin.

1. Josef Stalin had a home cinema in each of his residences and loved western movies.

2. Stalin probably died because he was poisoned by a confidant to prevent a war with the USA.

3. Josef Stalin’s paranoid ideas and cruelty could have been caused by his brain disease atherosclerosis.

4. At the age of twelve years Stalin was run over by a carriage. Because his left arm was broken several times and did not heal optimally, it was shorter than his right arm for the rest of his life.

5. In 1913, Adolf Hitler, Joseph Stalin, Leo Trotsky, and Sigmund Freud all lived close to each other in the immediate vicinity of Vienna, and regularly went to the same cafe without ever having come into contact with each other. We have also prepared some exciting facts about Adolf Hitler for you.

9. In October 1899, Josef Stalin was hired as a meteorologist at the Tiflis Meteorological Observatory.

10. Before Stalin became a dictator, he published some poems under the pseudonym “Soselo”.

11. Josef Stalin was regularly beaten as a child by his alcoholic father.

12. Historians estimate that about 20 million people were killed by Stalin’s regime.

13. Because Stalin was only 5’4 (1.63 metres) tall, US President Truman called him “little squirt“. Interestingly, Truman himself was only four inches (ten centimeters) taller.

14. Josef Stalin ordered at least 22 assassination attempts on the former Yugoslav President Josip Broz Tito. After his death, a letter to Stalin with the following words was discovered: “Stop sending people to kill me. If you don’t stop sending assassins, I will send one to Moscow and I will certainly not have to send a second one.”

17. After Josef Stalin had heard that his son failed to commit suicide, he said: “He can’t even shoot straight.”

18. The birth name of Josef Stalin was Ioseb Besarionis dzе Jugashvili. He chose the name Stalin because it is the Russian word for “Man of Steel”.

19. During the Great Purge of 1936 and 1938, ordered by Stalin, it is estimated that up to 1.2 million political opponents were murdered by the regime. However, children were also separated from their parents, if they were political opponents, and then raised in children’s homes. The political development of the children was closely monitored in the following years.

20. During his second exile in Siberia, Josef Stalin had an affair with 14-year-old Lidia Platonovna Pereprygina.

21. After Stalin’s first wife Ekaterine Svanidze died, he said at her funeral “This creature softened my heart of stone. She died and with her died my last warm feelings for humanity.”

22. Out of vanity, Josef Stalin had photos of himself airbrushed to conceal his pockmarks.

How did you like our facts about Josef Stalin? We have many more facts about people for you and also a lot of other interesting facts, strange facts and fun facts. Of course you can follow us on Instagram, Pinterest, Twitter or Facebook to get new facts every day. If you like, you can also subscribe to our newsletter and receive our eBook with our 500 best facts for free.