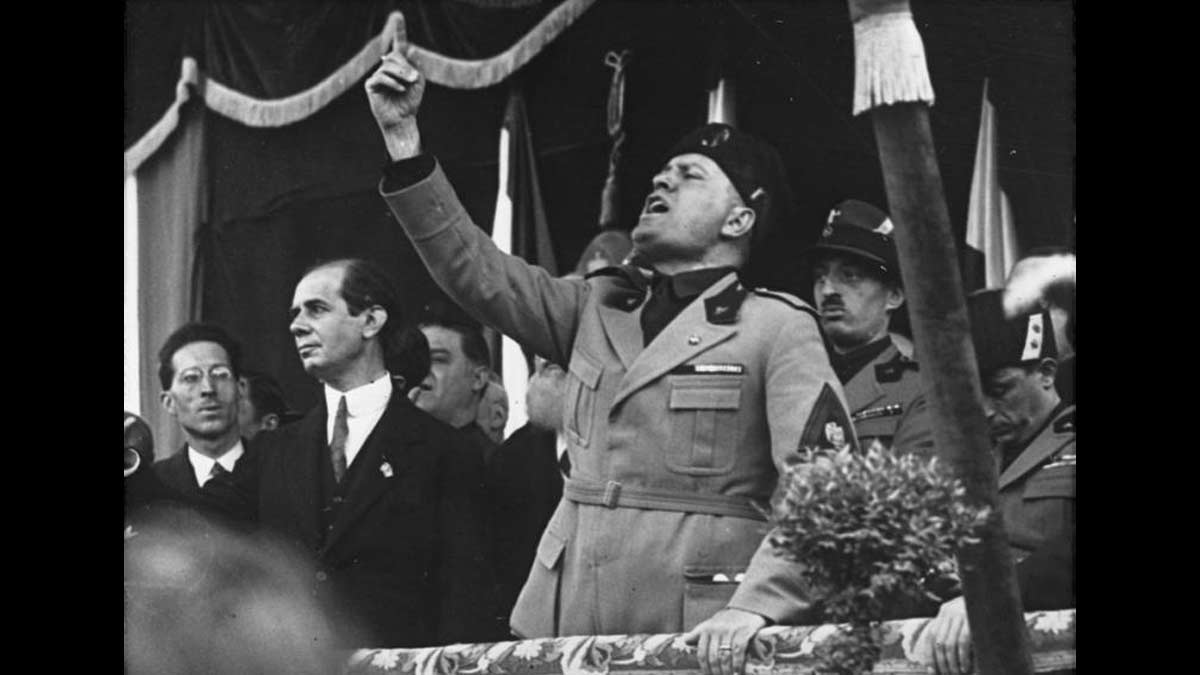 Benito Mussolini – Il Duce – ruled Italy dictatorially from 1922 to 1943. In May 1939 Mussolini forged the “Pact of Steel” together with Hitler and in 1940 he led Italy into the Second World War, although the military was not sufficiently equipped. But apart from the historical classification of this man, there are still some exciting details to learn. Or would you have thought that he was into “Les Misérables”? So look forward to our 18 facts about Mussolini.

1. Mussolini said of Hitler that he was an “old sentimentalist”.

2. Alessandra Mussolini, the granddaughter of the Italian fascist Benito Mussolini, was a member of the European Parliament for several years. Her political program is based on the fascist system of her grandfather.

3. Like Adolf Hitler, Mussolini also called himself “The Leader”, as that is the meaning of his self-conferred title “Il Duce”. We also have an article with little known facts about Adolf Hitler for you.

4. The second name of Milhouse from „The Simpsons” is “Mussolini”.

5. Mussolini’s fascist movement was inspired by the Roman Empire and used some symbols of that time.

6. “The Cardinal’s Mistress” is an anti-religious novel based on a newspaper series by Benito Mussolini. It has been translated into ten languages.

7. To this day it is not clear why Mussolini passed numerous anti-Jewish laws in July 1938 without warning and had foreign Jews deported. Shortly before, Jews were even allowed to join his party.

8. The Italian dictator believed in socialist ideologies in his younger years before becoming a fascist.

9. Mussolini was a great fan of “Les Misérables”.

10. When Hitler first met Mussolini, he had tears of joy in his eyes because he admired him so much.

11. After Mussolini was executed together with his mistress in 1945, their bodies were hung in a square in Milan.

12. In the 1930s and 40s, Italian fascist Benito Mussolini tried to eliminate foreign words from the Italian language. The term “goal” in soccer games became “meta” and Donald Duck became “Paperino”. Mickey Mouse was changed to “Topolino” and Goofy was changed to “Pippo”.

13. In 1884, Benito Mussolini was thrown out of school for attacking a classmate with a knife.

14. The full name of Mussolini is Benito Amilcare Andrea Mussolini.

15. In Italy, you can still buy wines and beers with pictures of Benito Mussolini or Adolf Hitler on them.

16. Mussolini received an honorary doctorate from the University of Lausanne in 1937.

17. Benito Mussolini, the later dictator of Italy, worked as an elementary school teacher for several years.

18. Because the later fascist dictator Benito Mussolini criticized militarism and nationalism in Austria in 1909, he had to leave the country.

Did you like our facts about Mussolini? If so, you should have a look at our other facts about people. But we also offer other lists with the most interesting facts, our best fun facts, strange facts, amazing facts or just random facts. And don’t forget to follow us on Instagram, Pinterest, Twitter, Facebook and YouTube. Or would you rather read one of our books?