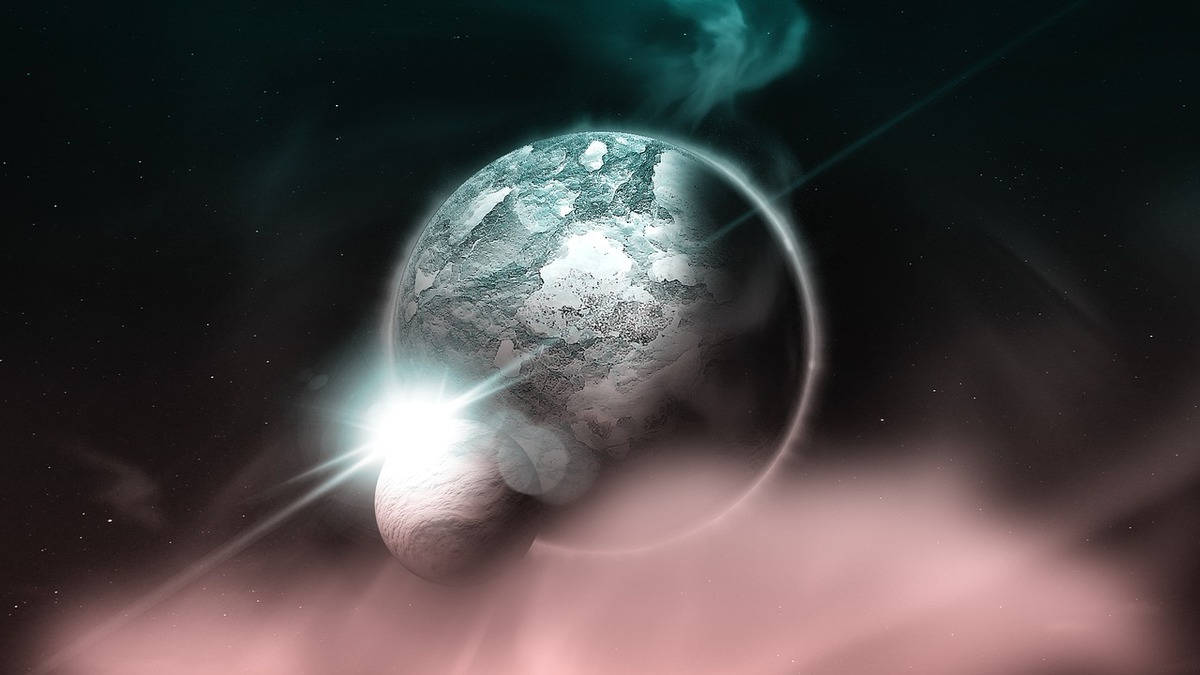 Okay, Pluto has unfortunately not been a planet since 2006, but that doesn’t make it any less interesting. In fact, there are some very exciting facts about the dwarf planet. Or would you have thought that Pluto has a heart of ice? These and more facts about Pluto we have picked out just for you.

1. Because of its elliptical orbit, the distance from Pluto to the Sun varies between 30 and 50 times the distance from the Sun to Earth. Thus, the thin atmosphere of nitrogen, methane and carbon monoxide is subject to extreme seasonal changes due to melting and freezing processes.

4. On Pluto there is a heart-shaped patch of frozen nitrogen that extends over 620 miles (1,000 kilometers) and is called Sputnik Planitia.

5. When Pluto has circled the sun once, 1.028 years have passed on Mercury.

6. Pluto is only one-third the size of the Earth’s moon and even only one-sixth its mass.

7. Despite its low mass, Pluto has five known moons.

8. The largest Pluto moon Charon is about half the size of Pluto itself.

9. The Disney character Pluto was actually named after the former planet because it was discovered in the year the comic figure was created.

10. The ashes of the deceased Pluto discoverer Clyde Tombaugh were on board the space probe New Horizons.

11. The dwarf planet Pluto was named after the Roman god of the underworld after the eleven-year-old Venetia Burney suggested the name to discoverer Clyde Tombaugh.

12. Styx is the smallest Pluto moon and has a maximum diameter of ten miles (16 kilometers).

13. The Pluto moon Charon moves around Pluto at the same speed as the dwarf planet rotates around its own axis. If you were standing on the surface of Pluto, Charon would always remain stable in the same place in the sky without rising or setting.

14. Pluto is the largest and brightest object of the Kuiper Belt, a ring of frozen bodies surrounding the solar system.

15. Since 2006 Pluto is officially no longer a planet since the dwarf planet Eris was discovered in 2005. Although it is slightly smaller than Pluto, it is more massive. This led to a revision of the planet definition, which then no longer applied to Pluto. Because scientists assumed that in the future further planets of this size could be discovered.

16. There is a large dark spot at the North Pole of Pluto’s moon Charon, and scientists have no idea what it is. They therefore called it Mordor in reference to the mysterious dark land in “The Lord of the Rings”.

17. In the time since Pluto was discovered approximately 75 years ago, it has only traveled one-third of its way around the sun.

We hope you enjoyed our facts about Pluto, even though it is no longer allowed to play in the big games. Apart from planets and space in general, we also have the best fun facts, the most interesting facts, amazing facts, strange facts or just random facts. So have a look! You can also follow us on Instagram, Pinterest, Twitter, Facebook or YouTube.