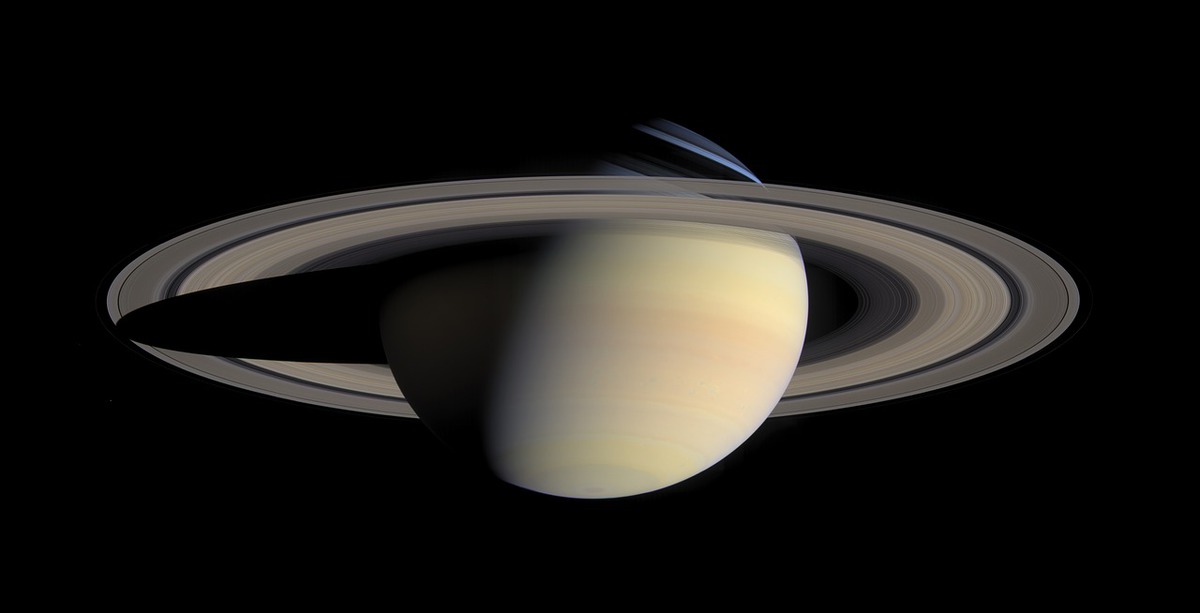 The universe is full of miracles and seems to be a miracle itself. Unfortunately, we just have specific knowledge about our own solar system. On the other hand, it is so impressive and diverse that there are loads of interesting facts to discover. Therefore, we already published some articles about the planets in our solar system. One of the most interesting is the planet known for its rings, so be prepared for some surprising facts about Saturn.

1. Saturn is the most distant planet that can still be seen with the naked eye.

2. The rings of Saturn consist of thousands of ringlets.

3. Although the rings of Saturn have a huge radius, they are only about 0.6 miles (one kilometer) thick.

4. Both Saturn and Saturday are named after the Roman god of sowing.

6. Saturn releases about twice as much energy as it absorbs from the sun. The cause is processes in the interior of the planet that are related to helium and hydrogen in connection with enormous pressure and temperature levels.

7. When Galileo Galilei discovered the rings of Saturn, he could not see them so well, so he thought they were moons. Would you like to know more about him? No problem, we published an article containing the most interesting facts about Galileo Galilei as well as a YouTube video.

8. With 82 moons, Saturn has the second most after Jupiter.

9. Saturn is the second largest planet in our solar system.

10. Titan, the largest moon of Saturn, is even larger than Mercury.

11. Saturn’s rings consist of ice, dust and stone. While some components are only as large as grains of sand, others are up to more than half a mile (one kilometer) in diameter.

12. While Saturn has long been known for its rings, the ring systems around the gas planets Jupiter, Uranus, and Neptune were first discovered in the 1970s.

13. Saturn’s average density of 0.687 grams per cubic meter is lower than that of water.

15. Scientists believe it is possible that there is life on Saturn’s moon Enceladus.

16. Scientists support that on Enceladus, a moon of Saturn, streams of water can be found.

17. Neptune, Saturn, and Venus are the names of three seaside resorts in Romania.

18. The existence of Saturn was already known at Babylonian times.

Isn’t Saturn an amazing planet? Hopefully, you liked the facts about Saturn we chose. We love the idea that we maybe already observed a place in our solar system that could harbor simple forms of life. Wouldn’t that be cool? If you love our facts as much as we do, keep in touch by following us on Instagram, Pinterest, YouTube, Twitter, or Facebook. And if you don’t get enough there, check out our recent books.