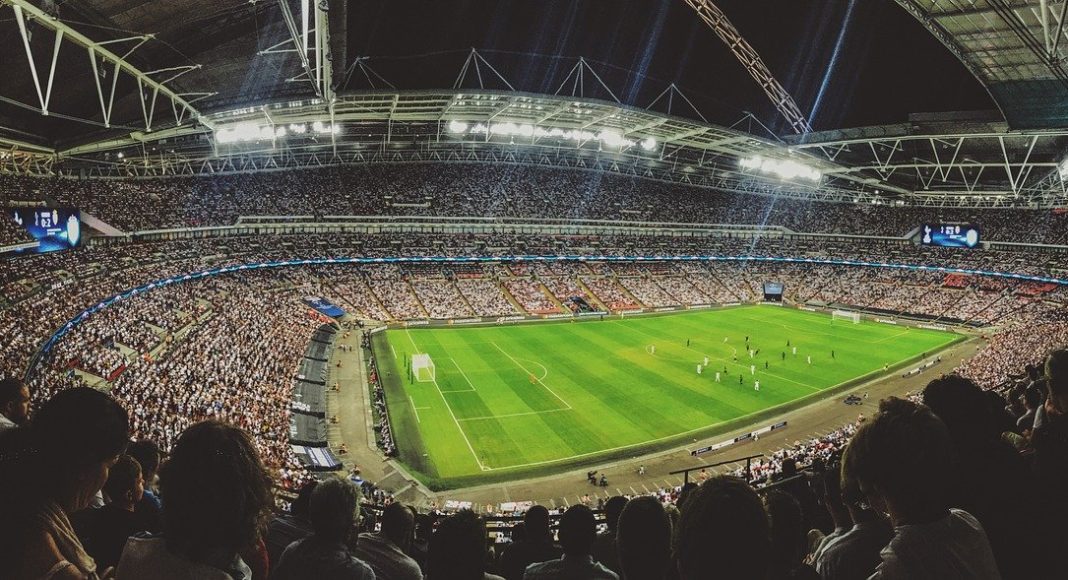 Soccer is the most popular sport in the world with fans all around the globe. It is therefore no wonder that we have found so many interesting fun facts about soccer we had to share with you. Have you ever heard that a lost soccer game has led to starting a war or why Italians usually call their fans “tifosi”? We tell you all the facts and a lot more. If you like that article, make sure to share it with your friends and if you are hungry for more random facts, we also have many other facts list.

1. The Rungrado 1st of May Stadium in Pyongyang, North Korea is the largest soccer stadium in the world with a capacity of up to 150,000 people.

2. Only eight countries have won the Soccer World Cup so far.

3. The 2022 World Soccer Championship will be opened in Lusail (Qatar), a city which did not exist till recently.

4. The so called “football war” or also known as “100 hours war” was a brief war between El Salvador and Honduras in 1969. The name is based on the fact that the war was waged after El Salvador lost a soccer match against Honduras during a World Cup qualifier game in Mexico leading to riots and deaths on both sides. We also have plenty of other war facts for you.

7. The most goals scored by one side in a Soccer World Cup match is 10. It happened during the 1982 World Cup in Spain between Hungary and El Salvador.

8. The center line of the football stadium in Macapá, Brazil, is exactly on the equator line, so that the competing teams in a match are always on different hemispheres.

9. Soccer player Lee Todd received the fastest red card in soccer history. After the whistle to start the game he commented “F**k me, that was loud” leading to a red card after just two seconds. How about even more crazy records? We have them all!

10. Soccer player Cristiano Ronaldo opened a museum in 2013 dedicated only to himself.

11. The Italian term “Tifosi” describes a group of supporters of a sports team. It literally means “those infected by typhus” because their fanatism is like a fever. We also have many facts about Italy for you.

12. During the 2002 Soccer World Cup, Ahn Jung-hwan from South Korea scored a goal against Italy in injury time, knocking the Italians out of the World Cup. The next day, his contract with his Italian home club was terminated because the owner said he could not pay the person who had ruined Italian football.

13. It is estimated that 55 percent of all footballs are produced in Pakistan.

14. Only three years after the first football rules were laid down, the hand play was forbidden.

15. The only Olympic gold medals Uruguay has ever won are for soccer at both the 1924 and 1928 Olympics. Get even more Uruguay facts here.

16. The 20 richest soccer clubs in the world are all European.

17. The word “Soccer” originated as a slang abbreviation of the word “association” and is credited to late nineteenth century English soccer player, Charles Wreford-Brown.

18. Soccer was invented in China already 2,200 years ago. The game was originally called “Tsu Chu” which means “kicking ball”.

19. The FIFA currently has 211 member states whereas the UN only recognizes 203 countries in the world.

20. The Vatican has its own soccer team however it is not a member of the FIFA.

21. The fastest goal in soccer history was scored in 2017 just 2.1 seconds after kick-off.

22. The official nickname of the Australia national soccer team is “the Socceroos”. See here our fun facts about Australia.

23. A referee’s call in a soccer match between Peru and Argentina in 1964 led to a riot in which 300 fans were killed.

25. When Germany won the 2014 Soccer World Cup in Brazil, it was the first time they achieved this as a united country. The three previous times, the soccer World Cup was won only by West Germany.

26. The first soccer game broadcasted in TV took place on September 16, 1937 and was a friendly match between Arsenal and Arsenal Reserve. This was followed by showing the international match between England and Scotland on April 9, 1938.

27. Brazilian soccer player Ronaldinho came to media attention at age 13 when he scored all 23 goals in a 23–0 victory against a local team.

28. On average, soccer players run as far as 7 miles (11 kilometers) in a single match.

29. Ten percent of Iceland’s residents traveled to France when the countries soccer team reached the quarter-final of the 2016 Euro Cup in France.

30. The first Soccer World Cup took place in 1930 in Uruguay with 13 teams competing against each other and Uruguay winning the World Cup.

31. Arthur Wharton is considered the first black professional soccer player in the world.

What do you think about our 31 facts about soccer and which was your favorite fact? In case you know even more soccer facts just write us a message and we will add it to our list. If you prefer more general facts we can also highly recommend you our best fun facts. You can of course also follow us on Instagram, Pinterest, YouTube, Twitter or Facebook or check out the books we have published for you.

Flags are more than just a symbol for nations. They offer a unique view of a countries history and its most important values. But...
Read more
Facts

Have you ever heard about the Jesus Christ Lizard or how Nicaragua accidentally invaded Costa Rica in 2010? If you are interested to learn...
Read more
Entertainment

The Marvel Cinematic Universe might be the most successful movie franchise in the world, but Marvel has much more to offer than just superhero...
Read more