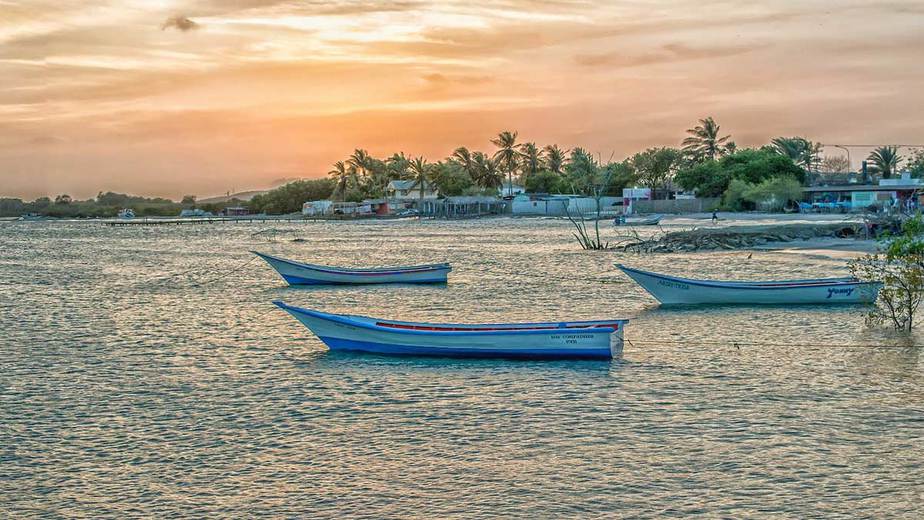 Venezuela has had an increasing presence in the media since 2015, but not because of its indescribably beautiful landscape, the welcoming people or the rich oil reserves. In fact, the Latin American country is in a deep crisis caused by mismanagement and corruption. Although this situation provided some unbelievable facts, our facts about Venezuela are intended to shed light especially on the sides of the country that are not currently flickering over the screen. For example, would you have thought that the land was described as heaven on earth by its discoverer?

1. After a 19 year old girl became the three millionth follower of the former Venezuelan President Hugo Chávez on Facebook, the president gave her a house.

2. In 2010, Venezuela decided to introduce stricter naming restrictions. Previously, unusual first names were no problem. For example, there are two people with the first name “Superman” living in the South American country – Superman Gonzalez and Superman Fernandez. There are even 60 babies who were given the first name Hitler.

3. The highest waterfall in the world is Salto Ángel in Venezuela with a height of 3,212 feet (979 meters).

4. Venezuela was the first country in the world to abolish the death penalty. It was officially abolished in 1863 and in the 100 years following only 11 other countries did also abolish capital punishment.

5. Venezuela has the largest proven oil reserves in the world, totaling 300 billion barrels.

7. In 2017, Venezuela’s capital Caracas was the most dangerous city in the world.

8. Public school students in Venezuela usually attend classes in shifts. There is a morning as well as an afternoon shift.

9. At New Year’s Eve, it is common in Venezuela to run around the block with your suitcase if you plan to travel a lot next year.

11. Over 50 percent of the amphibian species in Venezuela are endemic to this country.

12. Although Venezuela is not one of the largest countries in the world, it nevertheless has all climates from frosty to very hot.

14. When Christopher Columbus discovered the Orinoco Delta in what is now Venezuela on his third trip to America, he wrote that he had found heaven on earth.

15. The name Venezuela is derived from “Veneziola“. The discoverer Amerigo Vespucci, who visited the region after Columbus, was reminded of Venice (Italian: Venezia) by the stilt houses on the water, so he called it Veneziola (Little Venice). Speaking of Venice – we also have impressive facts about Italy for you.

16. Although Venezuela has enormous oil reserves, about a third of the population lives below the poverty line.

17. When electricity was scarce in Venezuela in 2016, President Maduro ordered women to stop using hair dryers to save energy.

18. In Venezuela, food and other commodities were particularly scarce in 2015. To be allowed to buy diapers, buyers had to show the baby’s birth certificate.

19. Heladería Coromoto is an ice cream parlor in Venezuela that offers 860 different types of ice cream and has received an entry in the Guinness Book of World Records for that.

20. The Catatumbo lightning over Lake Maracaibo in Venezuela is an atmospheric phenomenon occuring on average during 150 nights a year. They last between eight to ten hours and are the largest natural lightning bolts on the planet. Up to 280 flashes can occur in one hour.

21. Venezuelan Carlos Coste holds the record for the longest distance a person has covered underwater with just one breath. The dive took him three minutes and five seconds.

23. With a leg span of up to 11.8 inches (30 centimeters), Theraphosa blondi is the largest tarantula species in the world. It occurs exclusively in the tropical rainforests in northern Brazil, Venezuela, Guiana, and Suriname. In our article you will find even more ingenious facts about Brazil.

24. With an area of 270 square miles (700 square kilometers), Auyan-Tepui in Venezuela is the largest tepui in the world.

25. No country has protected a larger part of its area than Venezuela. Around 54 percent of the country is protected.

In addition to the incredible facts about Venezuela listed above, we have also put together some general facts about the country that might interest you.