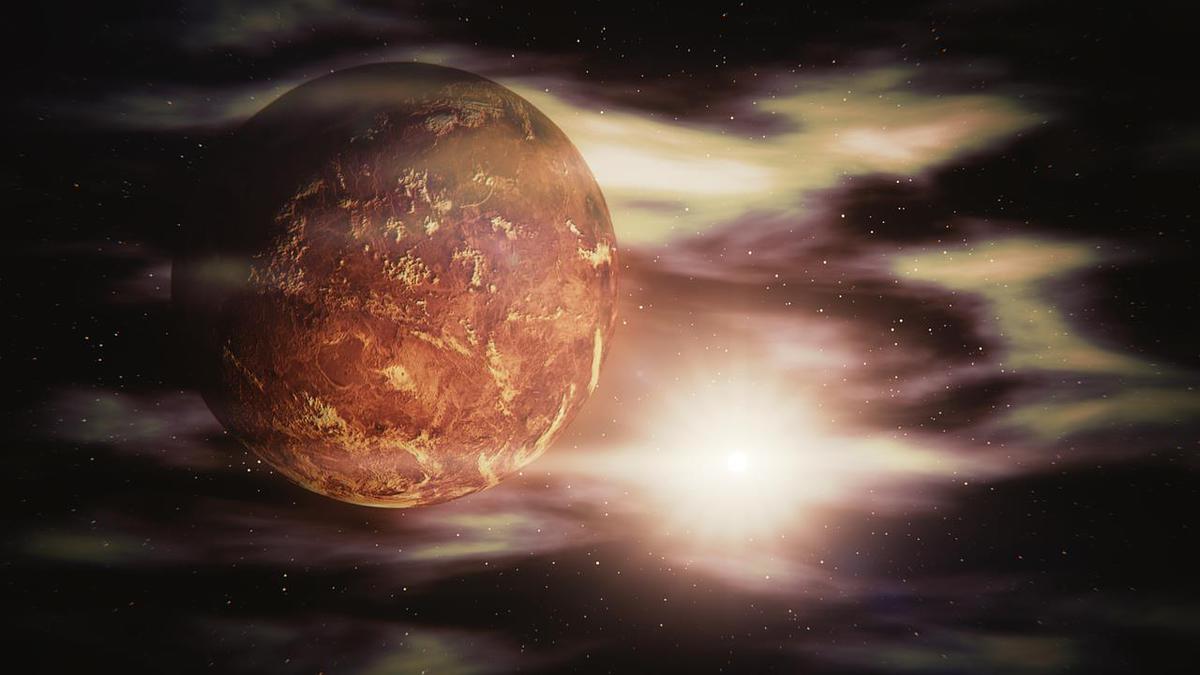 Venus is a planet that has some similarities to the Earth as well as some big differences. Therefore, we sought to find the most special facts about venus, which is sometimes called the Earth’s sister, while others say, it is the Earth’s evil twin. Enjoy the article!

2. Scientists assume that Venus once offered Earth-like conditions and even had oceans. However, the extreme greenhouse effect caused a sharp rise in temperature, so that the water finally evaporated.

3. The atmospheric pressure on Venus is 92 times higher than on Earth. Want to read some amazing facts about Earth?

4. Neptune, Saturn, and Venus are the names of three seaside resorts in Romania. Additionally to our facts about Venus, we strongly recommend our article containing interesting facts about Saturn – the lord of the rings.

5. Venus rotates around its own axis at only four miles per hour (6.5 kilometers per hour). So you could walk around Venus faster than it can turn itself.

6. On Venus, a day is shorter than a year. Because of its low rotational speed, it takes longer to rotate on its own axis than to orbit the Sun.

7. Uranus and Venus rotate in the opposite direction compared to the rotation of the Earth and the other planets in our solar system. Therefore, the sun rises in the west and sets in the east.

8. Venus is surrounded by dense clouds of sulfuric acid.

9. Venus is the only planet in our solar system that is named after a female god.

10. Besides Venus, Mercury is the only planet that does not have a moon. We wrote an article with spectacular facts about Mercury.

11. Venus is sometimes called the sister planet of the Earth. Its diameter is only five percent smaller, its mass deviates downwards by 19 percent and its gravity is 90 percent of the Earth’s gravity.

12. The atmosphere of Venus consists almost exclusively of carbon dioxide.

13. The Russians were the first on Venus because in 1966 the Soviet Venera 3 was the first spacecraft landed on Venus, although both the USA and the Soviet Union had already made attempts to do so.

14. Venus is named after the Roman goddess of love and beauty. Possibly the planet got this name because the Babylonians called it the “bright queen of the sky”.

15. Venus has more than 1,000 volcanoes, of which the highest – Maat Mons – is eight kilometers high.

16. Venus is the brightest planet in the night sky and overall, it is the third brightest object – after the sun and the moon.

17. Venus can be seen with the naked eye. That is why the first written mention of Venus was in ancient Babylon in 1600 BC.

18. Venus has an average temperature of 863 degrees Fahrenheit (462 degrees Celsius) so that lead would simply melt on the surface. Therefore, Venus is the hottest planet in our solar system.

Did you enjoy our facts about Venus? If so, you need to check out our other facts about the planets of our solar system. But we as well offer more lists such as the most interesting facts, our best fun facts, strange facts, amazing facts, or just random facts. And don’t miss to follow us on Instagram, Pinterest, Twitter Facebook, and YouTube. Or are you more interested in reading one of our books?