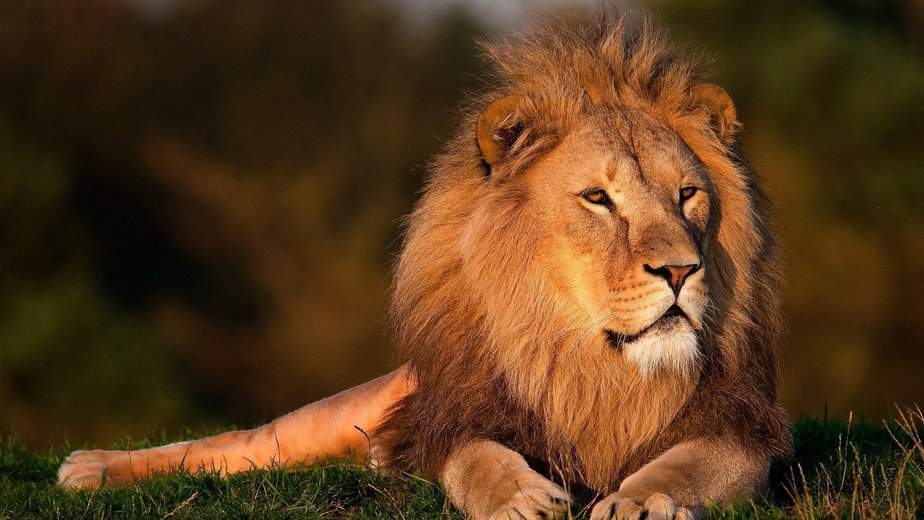 Lions are probably the most majestic animals in the world, so we have to celebrate that by telling you our 20 most roarsome Lion Facts we are aware of. Do you know why a lion is actually not the king of the jungle or how often a lion mates per day during mating season? We give you all the answers and a lot more. In case you don’t know it yet we would also like to mention that we now also have our own YouTube channel where we are regularly sharing our best facts and stories in video format. Make sure to subscribe to always see our latest videos. And if you like to read more fun facts, we can also recommend you the list of our most amazing facts.

1. A lion’s roar can be heard from as far as five miles (eight kilometers) away.

2. When it comes to extreme heat in Melbourne, the lions in the zoo are getting frozen blood.

3. The darker the mane of a lion, the older the animal is.

4. During the 18th century, you could pay your admission ticket to the London Zoo by bringing a cat or a dog to feed the lions.

5. The lion population in Africa has been reduced by half since the early 1950s with fewer than 20,000 remaining in all of Africa today.

6. Lions are known as “the king of the jungle” however they do not live in jungles at all. They live only in grasslands and plains.

7. During mating season lions generally mate every 20 to 30 minutes, with up to 50 copulations per 24 hours.

8. A lion can run for short distances at 50 miles per hour (80 kilometers per hour).

9. The word for lion in Swahili, an African language, is “Simba” which is the same term that was used as name for the main character in “The Lion King”.

10. During the expansion of the railway network in Uganda, an incredible incident occurred. Two Tsavo lions repeatedly killed workers during night and slowed the construction progress. About 135 people died this way.

12. The biggest lion ever recorded weighed 827 pounds (375 kilogram). This lion was almost 10 feet (3 meters) long in length and it was witnessed in captivity at Ireland’s Dublin Zoo in 1959.

14. The lion is the second largest cat in the world. It is slightly smaller than a tiger.

15. Female lions take over 90 percent of the hunting activities of lions.

16. A male lion needs 15 pounds (seven kilogram) of meat a day whereas a female lion only needs 11 pounds (five kilogram) per day.

17. Due to the decline of the lion population, there are now more lion statues worldwide than real lions.

18. A liger is a cross between a lion and a tiger. They are the largest cats of prey in the world and can weigh up to 990 pounds.

19. A single porcupine can fight off a pride of lions.

20. The lion from film studio Metro-Goldwyn-Mayer is called “Leo the Lion”.

Wow, these facts are great, aren’t they? It’s a shame there are only 20,000 lions left. Nevertheless, we would like to hear your opinion about our lion facts so write us a message and tell us what you think or if you are aware of even more facts like that. If you like to read more random facts or interesting facts we have a lot more for you. Especially if you are more interested in Africa Facts we have exactly what you are looking for. You can also follow us on Pinterest, Twitter, Facebook or Instagram for daily new facts and you can also subscribe to our newsletter to receive always the latest stories we created for you.

If you like that article we would also appreciate your support by sharing it with your friends and family. You would not just do us a favor but also your relatives by making them more intelligent and letting them know more facts about lions.

How often do lions mate?

Lions mate every 20 to 30 minutes during mating season, with up to 50 copulations per 24 hours.

How many lions are still living on Earth?

It is currently estimated that there are only 20,000 lions left.

What is special about lions?

Very special about lions is that female lions take over 90 percent of the hunting activities of lions.