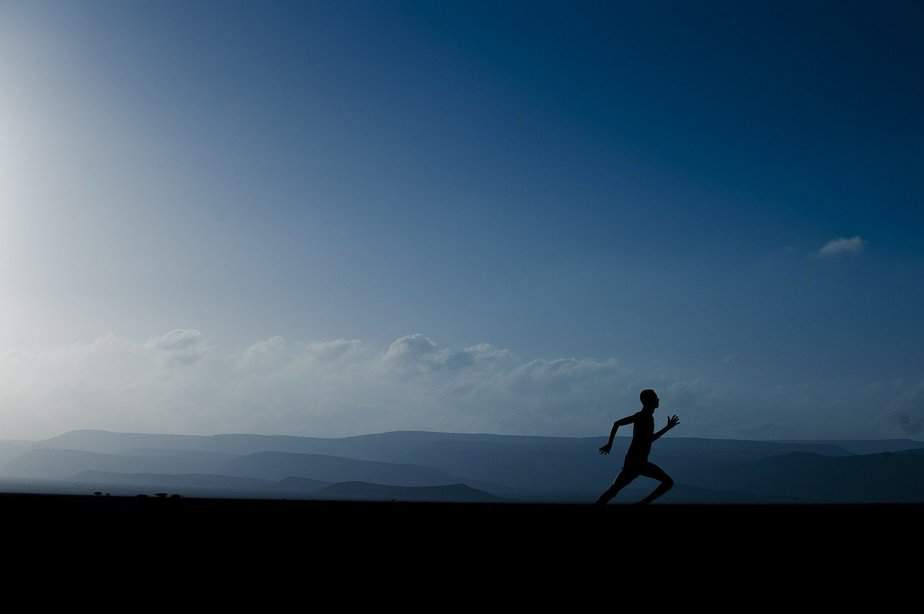 Sports should be an essential part of everyone’s life so it is to no surprise that more and more people try to achieve one of the biggest goals in sports they can think of: running a marathon. We, therefore, collected the most surprising and unbelievable fun facts about Marathon we could find. No matter if you want to run a marathon by yourself or if you are just interested in sports you should definitely read these Marathon facts.

1. The first Olympic marathon was held in 1896. There were only 17 competitors and the total distance was only 24.8 (40 kilometers) miles.

2. John Kelley ran the Boston Marathon more than anyone else. He ran his last marathon at Boston in 1992 at the age of 84, his 61st start and 58th finish there.

3. The Boston Marathon is the world’s oldest annual marathon in the world.

4. In 2002, long-distance runner Tom Johnson competed against a horse in an ultra marathon race. He ran the distance in five hours and 45 minutes, arriving ten seconds ahead of the horse.

5. An average person burns about 2,600 calories during a marathon.

7. Just hours after finishing the Chicago Marathon in 2011 Amber Miller gave birth. She finished her run in 6:25:50.

8. An ostrich can run a marathon in less than 60 minutes. Looking for more facts like this? Just read our article about animal facts.

9. During the 1904 Summer Olympics in St. Louis, the American Frederick Lorz was the first to reach the finish line of the marathon race. It turned out, however, that he had covered about half the distance by car.

10. In the history of the United States there have been 17 Americans who ran a marathon in less than two hours and ten minutes. In October 2011 this was achieved by 32 Kenyans. Read here for more US facts.

11. Joan Benoit became the first woman to win an Olympic marathon. It was in 1984 during the Summer Olympic games in Los Angeles.

14. During the 2016 London Marathon, British astronaut Tim Peake sets off-world record running marathon while onboard the International Space Station.  He “crossed” the finish line after three hours, 35 minutes and 21 seconds.

16. The modern marathon race is based on the story of ancient Greek soldier Pheidippides. It is said he has run over 25 miles from the battle of marathon to Athens to deliver news of a Greek victory, only to promptly collapse and die.

18. There are no reported incidents of death by dehydration in the history of marathon running. But there are plenty of cases of people dying because of drinking too much water.

19. Dutchman Wim Hof can withstand even extremely cold temperatures, earning him the nickname “The Iceman”. He climbed Mount Everest up to a height of 21.982 feet wearing only shorts and shoes, ran a marathon in the Arctic at -4 degrees Fahrenheit wearing nothing but shorts and holds the world record for the longest time a person has endured in a block of ice: one hour 52 minutes and 42 seconds.

21. Abebe Bikila won his first marathon gold medal at the 1960 Summer Olympics in Rome while running only barefoot.

22. The Great Wall Marathon is an annual marathon race where participants climb the 5,146 steps along the Great Wall of China. In case you are interested in more facts about that topic you can also read our article about China facts.

23. The Istanbul marathon is the only marathon in the world where runners are starting in one continent (Asia) and finishing in another continent (Europe).

24. Brigid Kosgei is the world’s fastest female marathon runner. She finished the Chicago marathon in 2019 in 2:14:04.

26. The official length of a marathon was defined as 26,219 miles because it was exactly the length of the course at the Olympic Games in London in 1908 and not because it corresponds to the historical distance between Athens and Marathon. That distance is only about 24.8 miles.

27. The coldest marathon ever ran was at minus -36 degrees Fahrenheit (-38 degrees Celsius). The Siberian Boris Fyodorov completed his run in 5 hours and 8 minutes. Looking for more facts about Russia? Just follow that link.

How did you like our 27 fun facts about Marathon? We hope you enjoyed them as much as we did but let us know if you are aware of any other Marathon facts we might have missed. In case you are looking for even more fun facts you can find a lot of more articles like this in our Facts section or just follow us on Instagram, Pinterest, Twitter or Facebook for new facts daily. You can also subscribe to our newsletter if you like and get our eBook with our 500 best fun facts for free.