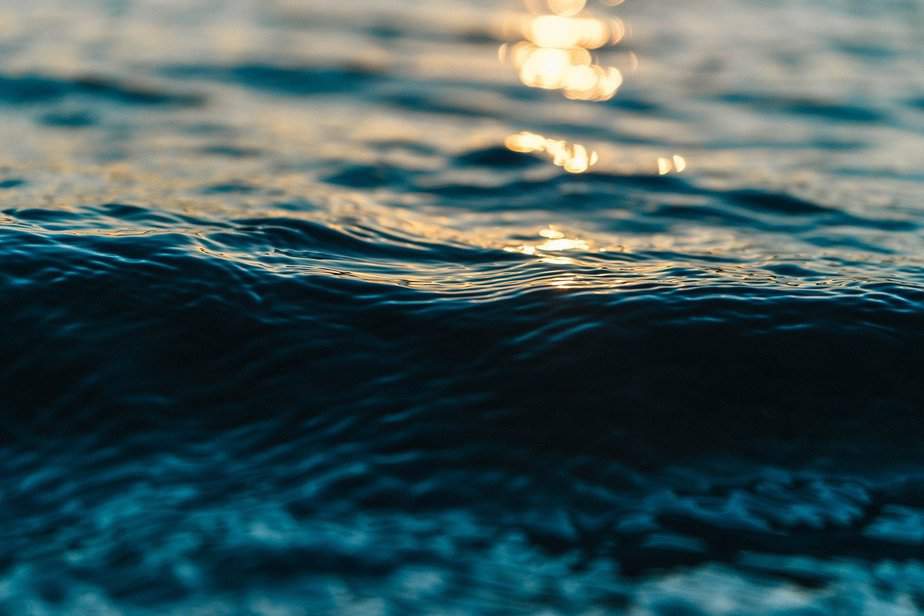 The oceans cover the majority of our planet’s surface, yet we do know so less about them. Actually, scientists have more detailed and more extensive maps of Mars than of our own oceans. But in fact, the ocean holds so many mysteries and undiscovered creatures and items that we had to collect the most unbelievable fun facts about the ocean to share with you. If you are not terrified of the ocean and everything it holds you should take a deep breath and join us as we dive to the depths of our ocean facts.

1. With one “bite”, blue whales consume up to 1,100 pounds of food or almost half a million calories. Opening the mouth and eating food alone can burn up to 2,000 calories.

2. Being 35,802 feet below the surface the water pressure at the Mariana Trench is eight tons per square inch (1,086 bars). If you made your way down there, it’d feel like you were holding up nearly 50 jumbo jets.

3. Whales can reach a volume of up to 230 decibels with their songs. That is twice as loud as a jet taking off.

4. The average depth of our oceans is 12,467 feet. The deepest point, the Mariana Trench, is even approximately 36,201 feet below sea level.

5. Don Juan Pond in Antarctica is the saltiest body of water on earth. Its salt content is over 40 percent.

6. At birth, a blue whale is already 26 feet long and weighs more than eight tons. In its first year, the newborn gains approximately 176 pounds of weight per day – 7.3 pounds per hour.

7. At least 50 percent of the oxygen in our atmosphere is produced by phytoplankton in the oceans and not by land plants. Due to the rising sea temperatures, however, the phytoplankton population continues to decline.

8. The Atlantic Ocean is saltier than the Pacific Ocean.

9. An adult oyster can clean and filter up to 190 liters of water per day.

11. No mammal can dive deeper than Cuvier’s beaked whale. A dive into the depth of the oceans can last up to 140 minutes and, according to measurements, reach a depth of 9,816 feet.

12. With a diameter of up to 6.6 feet and a length of up to 120 feet, the lion’s mane jellyfish is the largest jellyfish in the world. It is even longer than a blue whale.

13. Lake Baikal in Russia is home to 20 percent of the world’s total unfrozen fresh water.

14. The Great Barrier Reef is the world’s largest living structure. It can even be seen from the Moon!

15. Due to global warming, the sea level rises approximately three millimeters each year.

16. An estimated 3 million shipwrecks are spread across ocean floors around the planet.

17. The Greenland shark does not reach sexual maturity until the age of 150. With an estimated life expectancy of up to 500 years, it is also the longest living vertebrate on the planet.

18. The US National Oceanic and Atmospheric Administration captured in 1997 one of the loudest sounds ever recorded, which they named “The Bloop”. The sound was so loud that it was even picked up by sensors over 3,000 miles (4,800 km) away. Originally, researches noted that the nature of the sound made it seem like it came from an animal, although no known animal exists that is large enough to make that sound. Eventually after 15 years, the National Oceanic and Atmospheric Administration concluded that the noise came from an icequake, which is when seismic activities cause a break in frozen ground. However, many people still question this conclusion, and The Bloop is still a source of many conspiracy theories to this day.

19. There are approximately sever million tons of plastic waste in our oceans. Just by doing without plastic bags, people could significantly improve the situation.

20. At birth, the blue-whale baby is already 23 feet long and weighs more than two tons.

21. The Caspian Sea is the largest lake on earth. The largest freshwater lake in the world on the other hand is Lake Superior between Canada and the United States.

22. The Pacific Ocean is the world’s largest ocean and contains around 25,000 islands.

23. 94% of the Earth’s living species that exist are living in the oceans.

24. Only two people have ever visited the lowest point on earth: the Mariana Trench. It is 36,201 feet below sea level. In contrast, twelve people have already been on the moon.

26. Sea water has an average salt content of 3.5 percent.

27. 90 percent of all the volcanic activity on Earth happens in the ocean, and the largest known concentration of all active volcanoes is in the South Pacific. This area is smaller than the size of New York, but it contains 1,133 volcanoes.

28. While the Atlantic grows by a few inches every year, the Pacific Ocean is shrinking.

29. The Pacific Ocean was named by Portuguese explorer Ferdinand Magellan during the Spanish circumnavigation of the world in 1521. He encountered favorable winds on reaching the ocean and called it “Mar Pacífico”, which in both Portuguese and Spanish means “peaceful sea”.

Read More: 200 Fun Facts Everyone Should Know – The Best List Of All Time

30. Researchers believe that only ten percent of our seas are explored. This means we know less about our oceans than about the moon.

31. The largest volcano in the world – the Tamu Massif in the Pacific – has an area roughly the size of Great Britain and Ireland combined.

33. “Point Nemo” is the place on the earth’s surface that is furthest away from any mainland or island. It is located in the southern Pacific Ocean, 1,670 miles from the nearest mainland. Even the astronauts on the ISS space station are closer to this point than any other person on the mainland anywhere. If you want to learn more about that ocean fact I highly recommend you the article we wrote about Point Nemo.

34. The Earth’s largest known waterfall is not the Angel Falls in Venezuela but the Denmark Strait cataract and lies underwater between Greenland and Iceland with 175 million cubic feet (5.0 million cubic meters) of water dropping 11,500 feet (3,505 m). The waterfall is formed by the temperature difference between the water on each side of the Denmark Strait. When the colder, denser water from the East meets the warmer, lighter water from the West, the cold water flows down and underneath the warm water. It carries almost 2,000 times the amount of water of Niagara Falls at peak flow.

35. Panama is the only country in the world in which the sun rises above the Pacific Ocean and sets over the Atlantic Ocean.

36. It is estimated that the world’s oceans hold 320 billion cubic miles of water. To determine this magnitude, which is hard to estimate, the boundaries of the oceans were first measured using satellites. Subsequently, the average depth was determined, which in turn made it possible to calculate a volume.

37. Blue whales are the heaviest animals in the history of the earth. With a length of up to 110 feet, they weigh a total of 150 tons.

38. At its widest point, from Colombia all the way to Indonesia, the Pacific Ocean is wider than the moon. This expanse of ocean is 12,300 miles across, which is more than five times the diameter of the moon.

39. Although 70 percent of our planet’s surface is covered with water, a sphere containing all the water in the world would only have a diameter of about 435 miles. That is less than half the diameter of the moon.

40. 20 million tons of gold are dispersed throughout the oceans. However, it is so diluted that its concentration is only a few parts per trillion water molecules.

I hope you liked our 40 fun facts about the ocean. If you want to read more like this you should also visit one of our other fact articles. We have plenty more of them which you can all find in our general Facts section. Or just follow us on Facebook, Instagram, Twitter or Pinterest for new facts each day.