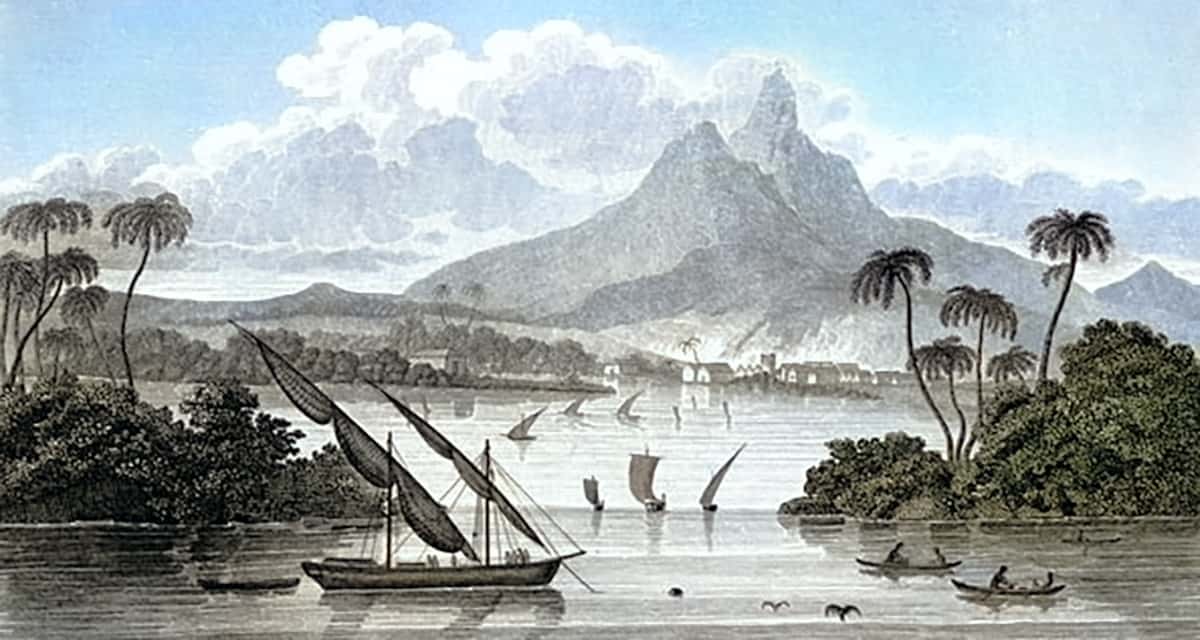 In our search for new facts, we often come across stories that sound so unbelievable that we first doubt their truthfulness. Every little detail sounds so unbelievable that it is hard to imagine that this fact can be true. And yet, in the end, it turns out that the story happened exactly like that and so is it in the case of the Prince of Poyais.

Gregor MacGregor was an impostor and swindler who, in the 19th century, appointed himself prince of the fictitious South American country of Poyais and became rich by selling land and title of Poyais to gullible people. Until his death, he was never punished for his fraudulent schemes.

If you want to learn more about the Prince of Poyais, then you should definitely read on now.

The way to the impostor

Gregor MacGregor was born in Edinburgh on December 24, 1786, and not much else is known about his youth. At the age of 16, the earliest possible age at the time, he enlisted in the British Army, where he quickly made a career and became wealthy.

When the South American liberation struggles began at the beginning of the 19th century, MacGregor joined the Venezuelan revolutionary leader Simon Bolivar and thus traveled to South America in 1811, where he was quickly promoted to general, although he was not very successful.

In 1820 he decided to conquer land in South America with a mercenary force in his name, but this did not lead to success. MacGregor did not give up, however, and so in the same year, he and his mercenaries landed on the Mosquito Coast in Nicaragua. The country was declared a no man’s land by Great Britain and Spain, as the area was simply too uninteresting from an economic point of view due to the lack of meaningful resources.

Gregory MacGregor, however, occupied this land and concluded a concession agreement with the chief of the Poyais Indians living there, thus declaring the land officially colonized.

The Prince of Poyais

That same year, MacGregor returned to London, where from then on, he claimed to be “Gregor I Sovereign Prince of Poyais and Cacique of the Poyais People.” He claimed that Poyais had a large capital with a castle, a huge parliament building, modern port facilities, an opera house, and even a cathedral. In addition, he also claimed that the country was rich in gold deposits and had fertile soil for new settlers.

To support his claims, he had artists draw maps of Poyais and its cities, design a coat of arms, and even write his own constitution, including the national anthem. And all this for a country that did not actually exist.

Surprisingly, his claims were never challenged. Firstly, because little was known in Britain about the New World, and secondly because MacGregor also bribed high-ranking politicians in London. Even the then British King George IV fell for the scam and elevated Gregor MacGregor to the peerage as “Sir Gregor” to improve relations between the two countries.

With all the political backing, MacGregor decided to take it even further. For example, he had immigration offices opened where potential emigrants could buy land in Poyais for four shillings an acre (2,000 to 5,000 square feet), and Gregor I even appointed wealthy Britons as Poyais government officials in return for payment. In October 1822, with the help of a large British bank, MacGregor even managed to issue a bond with a value of 200,000 pounds sterling, which was completely sold within a few weeks.

When the first emigrants arrived on the Mosquito Coast in 1822, full of expectations for the land of Poyais, they quickly discovered that it was all a big lie. They searched in vain for the capital of Poyais, which did not exist. Numerous settlers died in search of food and the few survivors were evacuated by a rescue expedition in April 1823.

On July 8, 1824, the newly founded Republic of Colombia ended the existence of the fantasy country by decree, but Gregor MacGregor was able to prevent a public scandal due to his political influence. He even managed to successfully sell two more bonds for Poyais in 1825 and 1826.

When the situation in London became too delicate for MacGregor, he decided to move to Paris to continue promoting his invented country, and so it happened that in the fall of 1825 the first French settlers moved to Poyais. In France, too, the fraud was soon recognized, and the police started to search for him. Finally, in 1827, MacGregor was apprehended and arrested in London.

Due to his political connections, Gregor MacGregor did not stay in prison for long and soon moved to a French province. In 1834, he even turned up again in Scotland, where he once more tried to sell land deeds for Poyais.

When all his assets were lost in 1839 and no one wanted to give him any more money for his invented country, he applied for citizenship of Venezuela, reinstatement to his general rank, and immediate retirement. All applications were approved, so shortly thereafter he moved to Caracas, where he died in 1845 without ever being punished for his fraudulent schemes.

Would such fraud still be possible today?

One might think that the story of “Gregor I Sovereign Prince of Poyais and Cacique of the Poyais People” was a unique unbelievable occurrence, but such frauds have been many in human history. Again and again, some people promised quick wealth and success to their fellow men.

For example, in 1925 Victor Lustig sold the Eiffel Tower in Paris to an unsuspecting scrap dealer, whom Lustig persuaded that the Eiffel Tower should be demolished. Frank Abagnale pretended to be a co-pilot of Pan Am in the 1960s and 1970s. Later, he even pretended to be a lawyer and a doctor, and thus managed to get more than $2.5 million by cheque fraud. This story has even been portrayed in the movie “Catch Me If You Can.”

It doesn’t always have to be a big scam, though. On social media, more and more people are claiming to be “mentors” who want to explain to you how you can become rich yourself in just a few weeks and with little effort, and they charge large sums of money for their courses. However, no one reveals that the seller of the courses is usually the only one who gets rich in the end.