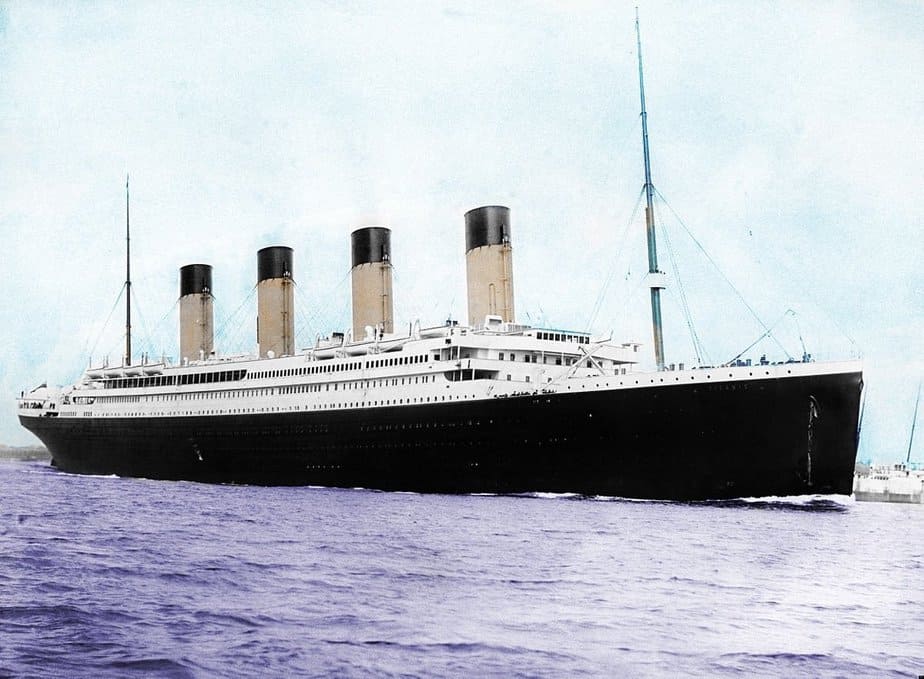 Masabumi Hosono’s life could have been so simple. He was born in Japan in 1870, graduated from school in 1896 and began working for the Japanese Ministry of Transport in 1910. In order to continue his education while working, he took Russian language courses which soon enabled him to travel to Russia for his employer. One journey, however, took him from Russia via London to Southampton (England), where he boarded the RMS Titanic as a second-class passenger on 10 April 1912. At that time he did not know that this ship would change his life forever.

The first days on the ship were still a great adventure for all passengers. The largest ship in the world at the time was to become the flagship of the “White Star Line” shipping company and therefore impressed its passengers with unprecedented comfort and service. Nobody would have expected, however, what happened four days later on 14 April 1912.

The Sinking of the Titanic

When Masabumi Hosono was awakened by one of the stewardesses on the night of April 14-15, he first thought it was a practice alarm – but this was anything but a test. Because around 11:40 p.m. the ship collided with an iceberg in the North Atlantic, about 300 nautical miles southeast of Newfoundland, and then filled with water.

On his way to the upper deck, Hosono was at first stopped, as a crew member mistook him for a third class passenger, and the lifeboats were first to be filled with first class passengers. Only with luck was he able to get to the top deck, but when he reached it, he quickly realized that the lifeboats available would never be sufficient for all passengers.

However, as he looked over to lifeboat number ten, he could hear one of the officers shouting that there were two places left, and he took the chance and jumped into the boat. The officers on the lifeboat paid little attention to him and could probably hardly see anything in the darkness, so Masabumi Hosono seemed safe for the time being. From then on it took more than eight hours until the passengers in the lifeboat were rescued by the nearby ship RMS Carpathia. Of the roughly 2,200 passengers on the Titanic, 1,514 died that night, but luckily Hosono was not one of them.

Back in Japan, however, Masabumi Hosono had little opportunity to enjoy his newly regained life. The story of the Titanic’s only Japanese passenger, who even managed to survive, spread quickly throughout the country, and it wasn’t long before the first important public figures began to comment on Hosono’s case. The press denounced him as a coward who supposedly must have had to pretend to be a woman in order to be offered a place in the lifeboat, and his employer even dismissed him because the company did not want to employ such a dishonorable man.

Later, Hosono’s case was even included in Japanese textbooks and presented as an example of dishonorable behavior. One ethics professor even described his behavior as immoral and unethical. The main argument of the critics was always that Masabumi Hosono had violated the samurai code of self-sacrifice and thereby brought shame on the whole of Japan.

Until his death, Masabumi and his entire family were considered a disgrace to the country, and until his last breath, Hosono never spoke of what actually happened. The only thing that remains of his story are a few letters which he wrote to his wife in which he described the sinking of the Titanic.

Who was Masabumi Hosono?

He was the only Japanese passenger on the Titanic. Fortunately, he was rescued when the ship sank, but when he returned home he was portrayed as a coward by the media and other public authorities. He was accused of being a disgrace to the country for not sacrificing his life to save the lives of others.

When did Masabumi Hosono die?

He died on March 14th 1939. Until his death, he and his entire family were considered a disgrace to the Japanese people, and until his death, Hosono never spoke of what actually happened on the Titanic.