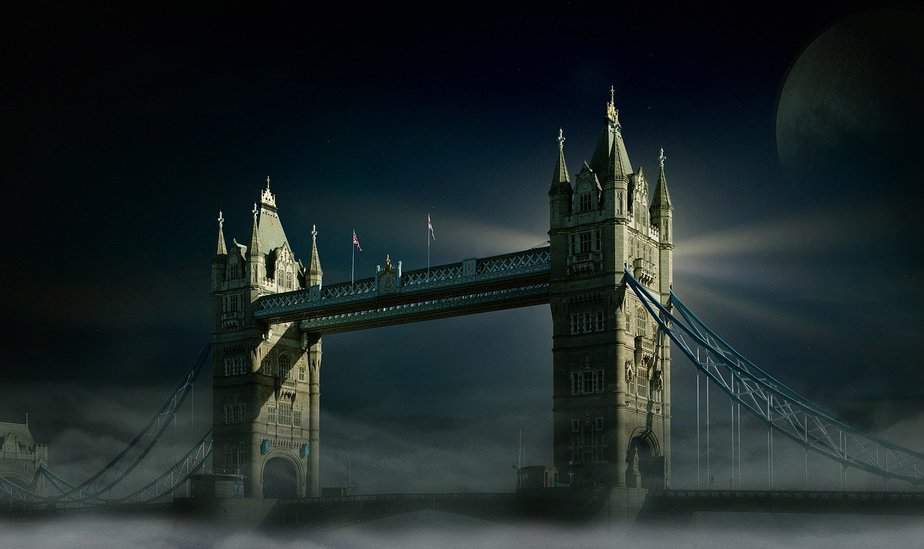 In 1952, a fog spread over the centre of London that forced the inhabitants of the city to interrupt their life for a short time. The busses could not continue driving and schools had to be closed. When the fog cleared a few days later, the Londoners themselves could not believe what had happened. The streets were overcrowded with countless dead bodies and nobody knew what had happened.

The Great Smog of London did spread over the city of London from December 5 to 9, 1952. It was caused by the increasing industrial pollution and amplified by a rare weather phenomenon called inversion where the polluted air of the factories was trapped under a layer of warm air, which eventually result in an accumulation of pollutants in the air. This combination resulted in a total of 12,000 people that died during that days.

What happened during the Great London Fog?

On 5 December 1952 a fog spread over London which the inhabitants of the city would not forget for a long time. At first, the weather phenomenon was hardly noticed, but as visibility got worse and worse until even the traffic in the city came to a standstill, some inhabitants of London started to get an uneasy feeling.

It didn’t take long for the first thieves to recognize the opportunity in the thick fog and start robbing one shop after the other. There was not much the police could do, as the bad weather conditions made it impossible to see anything in the thick fog.

At the same time, however, more and more people started to suffer from health problems due to the fog. The dirty air slowly but surely penetrated the Londoners’ homes, resulting in numerous respiratory illnesses among the city’s inhabitants, so that the sirens of the ambulances were permanently echoing through the streets of London. According to reports, even cows, pigs and goats collapsed under the bad air at the markets.

The fog over London lasted a total of four days, and when it finally cleared on 9 December 1952, the inhabitants of the city could not believe their eyes. Thousands of people had lost their lives in the short time due to severe respiratory diseases, and even months later people continued to succumb to the diseases they had contracted. Today it is estimated that a total of 12,000 people fell victim to what is known as the Great Smog of London.

Reasons for the Great Smog of London

For a long time it was unclear what exactly had happened in London during these four days, but researchers are now quite certain that they can explain the phenomenon with accuracy. Everything is said to have started with a general calm at the beginning of December. As a result, the warm air of the factories and power stations rose, while the cold winter air cooled the ground.

Due to the lack of wind, the two layers of air could hardly mix and a phenomenon arose that scientists call an inversion. In a situation like this, the warm air collects above the city, presses down on the cold air below and forms a separating layer. So the cold air is basically trapped under the warm air, which can result in an accumulation of pollutants in the air.

This is said to have been the case in London in December 1952. Due to the cold, the inhabitants of London cranked up their heating, and more and more sulfuric gases seeped from the chimneys into the air. The result was a mixture of fog and poisonous gases that could not leave the city.

Due to the high humidity prevailing at the time, scientists now assume that in addition, sulfuric acid was formed in the air, which in its high concentration was fatal for the inhabitants of the city.

Researchers consider it highly unlikely, however, that this phenomenon would repeat itself today. The weather conditions in London are said to have been unique at the time, and the air is no longer as polluted as it was in 1952.

Consequences of the Deadly Fog

The death toll and the lethal potential of the smog had a huge impact on politics in London. Several new environmental regulations have been passed to reduce the use of dirty fuels in industry and even banning black smoke at all. Four years after the incident in 1956 the Clean Air Act was passed establishing smoke-free areas in London and restricting the burning of coal in domestic fires.

Homeowners that were switching to another heating source like electricity, oil or natural gases even received a subsidy on their expenditure to incentivize them to invest in less environmentally harmful products. Unfortunately this was not enough to prevent another smog event in December 1962 however this time it was not as severe as the Great Smog of London in 1952.

What caused the Great Smog of London?

The warm air of the factories and power stations in London rose, while the cold winter air cooled the ground. Due to the lack of wind, the two layers of air could hardly mix and a phenomenon arose that scientists call an inversion. In a situation like this, the warm air collects above the city, presses down on the cold air below and forms a separating layer. So the cold air is basically trapped under the warm air, which eventually result in an accumulation of pollutants in the air.

When was the Great Smog of London?

How many died during the Great Smog of London?

Today it is estimated that a total of 12,000 people died during that days.